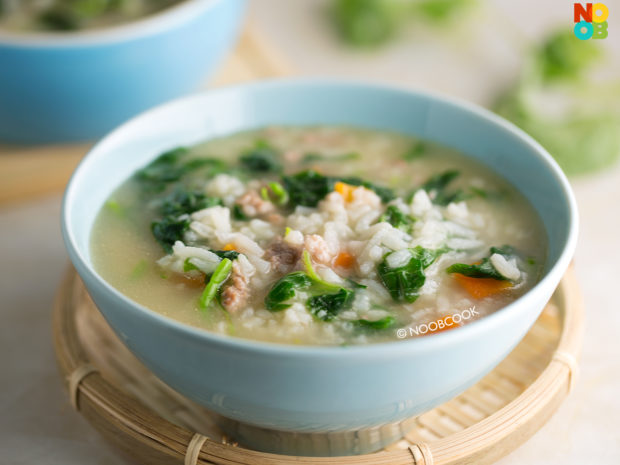 I learnt from a wet market vegetable stall auntie that local baby spinach (苋菜苗) is great for making porridge. It is slightly different from regular sharp spinach (苋菜) in the way that it is leafier with tenderer stems. 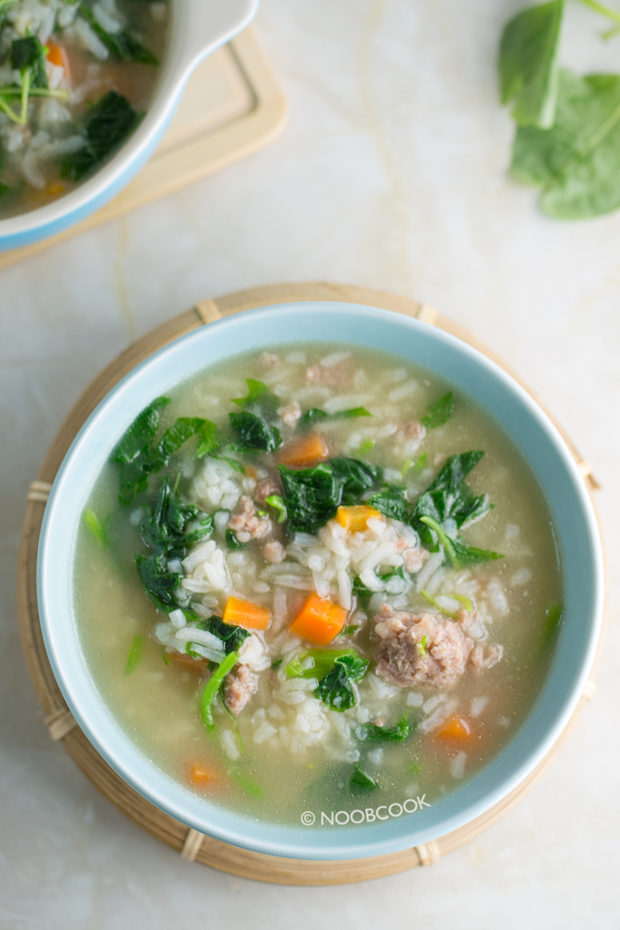 Adding spinach provides a generous amount of greens in a porridge for a change, making this spinach pork porridge (苋菜猪肉粥) a balanced and convenient one-pot dinner. 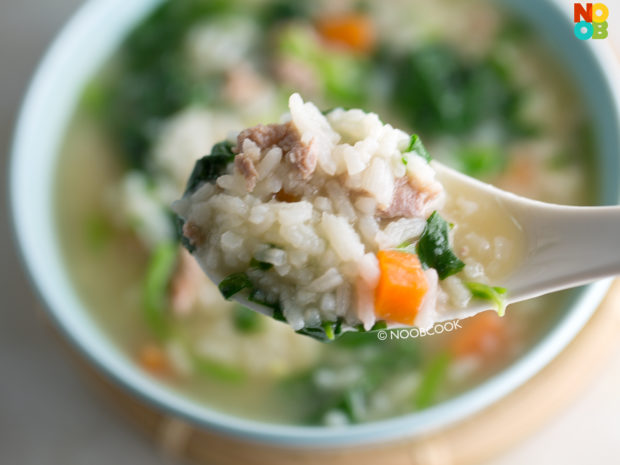 As a huge time-saver, I takeaway cooked rice from the fish soup stall the night before to make this porridge. It saves me time & effort to cook porridge from scratch, plus rice from the fish soup stalls has the most perfect texture (slightly mushy) for making rice porridge. You can cook the porridge from scratch on the stove or the rice cooker, if there is no takeaway option. 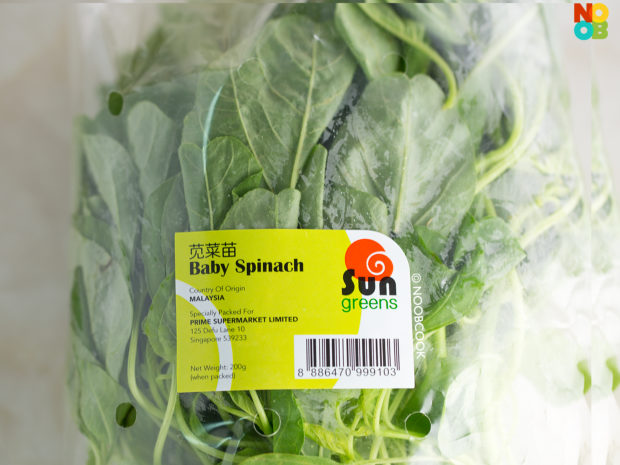 This is my packet of local baby spinach (苋菜苗 in Chinese literally translates as sharp spinach shoots). You can use any variety of local spinach, including round spinach and even puay leng (菠菜). 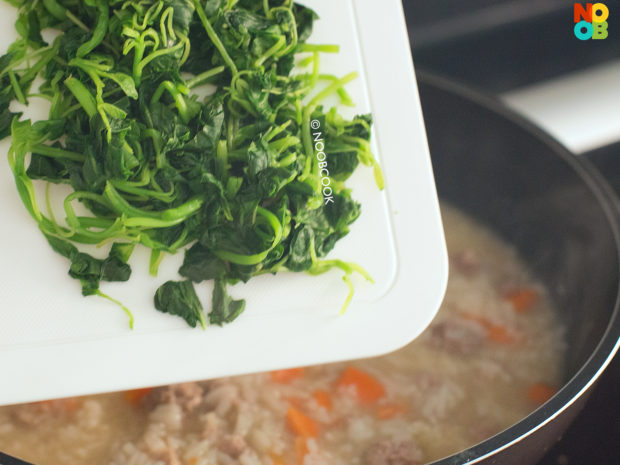 This is the last step of cooking, where I added prepared spinach to the pot of porridge. How to prep the spinach: I blanch them in a pot of boiling water, rinse under tap water to cool down in a colander, wring out excess water & roughly chop them to bundles (pictured above). I like prepping the spinach in this way instead just dumping them into the porridge, as the spinach looks & tastes better this way.