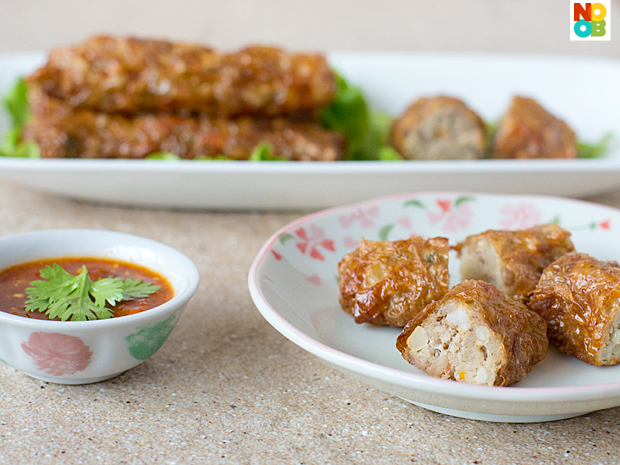 Ngoh (Ngo) Hiang (五香), also known as five-spice meat roll or loh bak (五香滷肉), is always a favourite during Chinese New Year. While the Teochew version comes with yam (taro), this is the Hokkein version of ngoh hiang I love and grew up on. Eating them reminds me of my late father as this dish was his specialty. He was an awesome cook by the way, and this recipe is my tribute to my father.

This recipe is largely based on how my dad used to make them (and verbally imparted by my mum), with some tweaks of my own. My father’s secret to making delicious ngoh hiang was to use minced pork belly instead of lean pork. Don’t worry about the fats, as they will sort of be rendered out during deep-frying, and using a fattier cut will result in a more flavourful and moist filling. Also, request the market seller to grind the meat only once so that the resultant pork roll will have a nice bite and texture. I prepare and marinade the meat filling the night before, then fold and cook them the next day. You can also keep the excess in the freezer until ready to deep-fry. The results are definitely rewarding at the end of the day as home-made ones are far superior, in my humble opinion, to the ones sold commercially.

Step-by-Step Photos: How to fold the ngo hiang

Wipe bean curd skin on both sides with a slightly damp clean cloth to get rid of the excess salt. 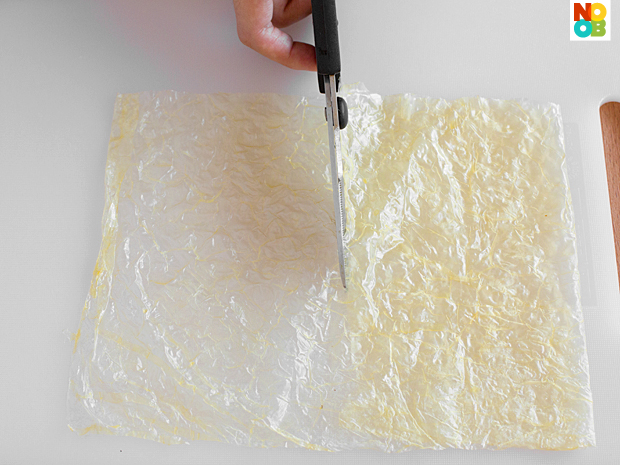 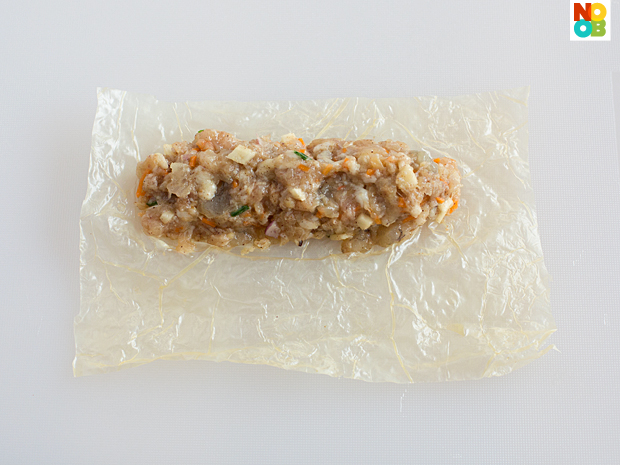 Place about two and half tablespoons of meat filling in the lower half of the bean curd skin, leaving a small gap at the bottom and at the sides. 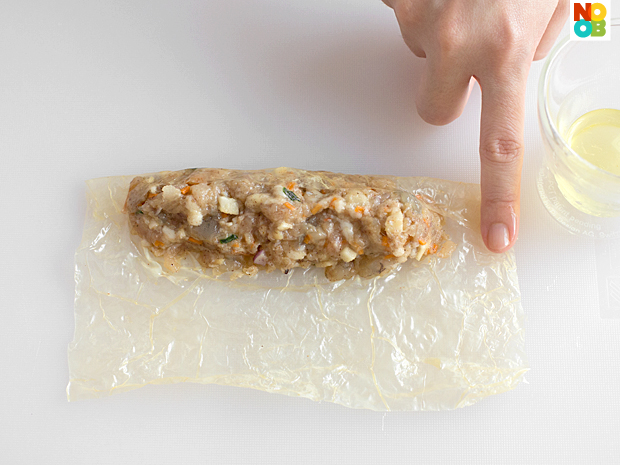 Fold the bottom flap up, and dab the side edges with egg white. 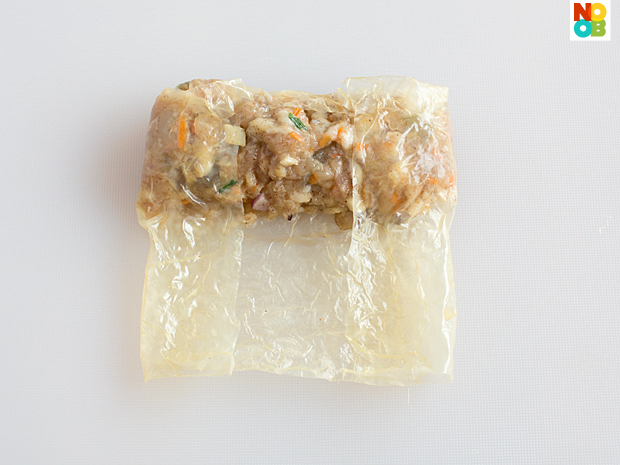 Fold the sides over the meat filling. 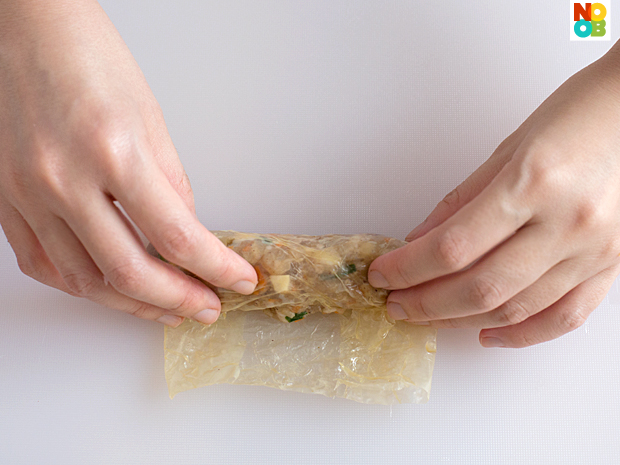 Roll the meat roll tightly towards the top. 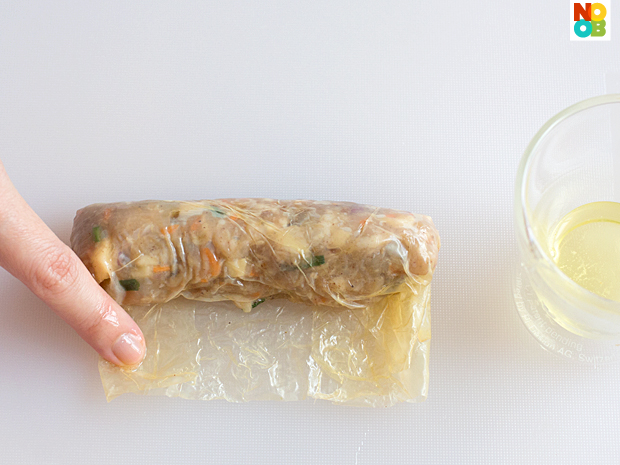 Secure the remaining corner with egg white to seal the roll. 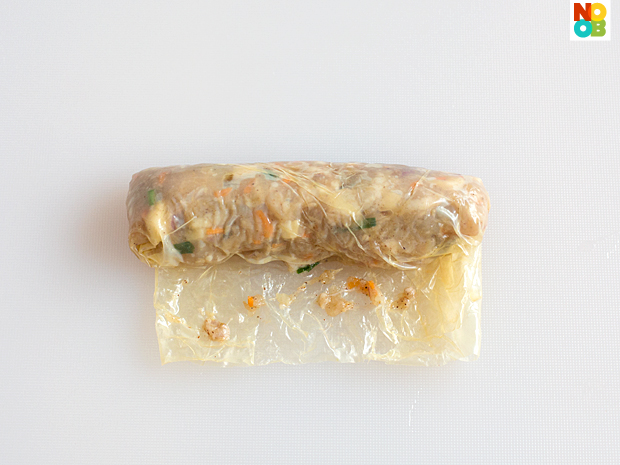 While I prefer to use egg white, my family uses the meat filling to seal the edges. The choice is up to you. 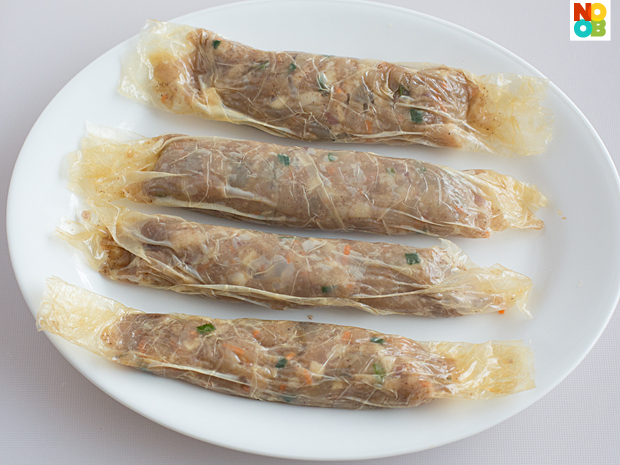 This is another method of folding ngoh hiang. 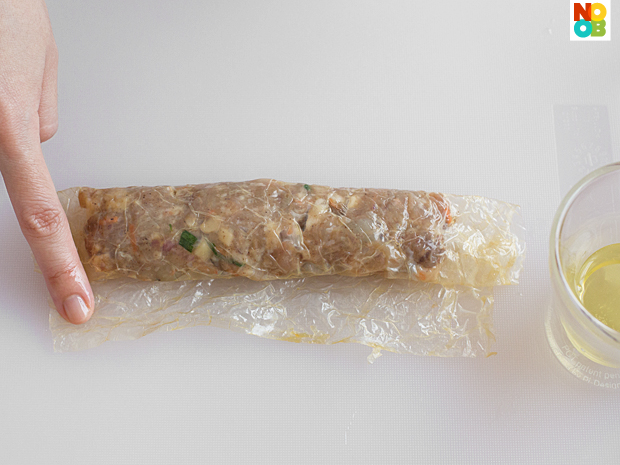 Just roll the ngoh hiang without folding in the sides, then use egg white or meat filling to secure the sides as you roll. 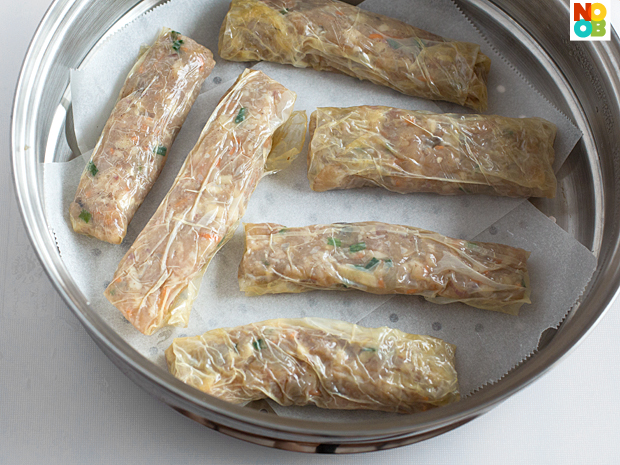 Which ever method you use, repeat folding until all the filling is used up. By the way, this is my set up for steaming the ngoh hiang, before deep-frying. Line the steamer with parchment paper and make sure the ngoh hiang do not touch one another. 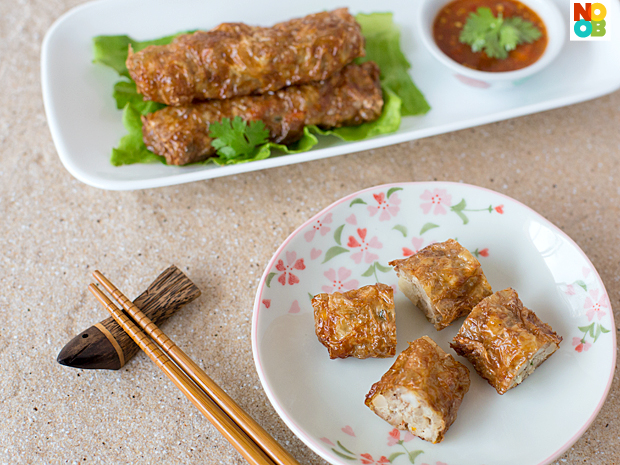 Deep fry in batches and enjoy!