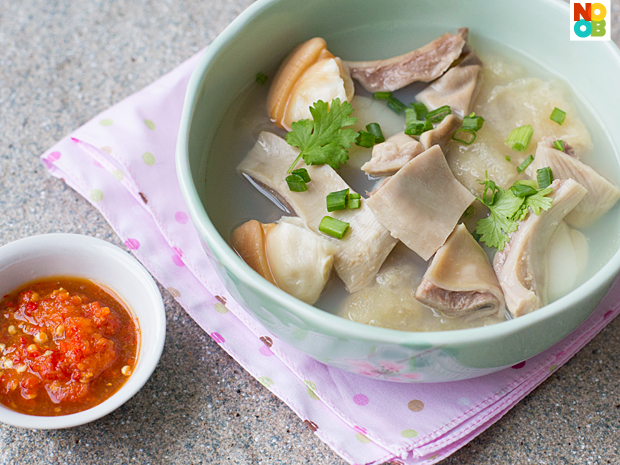 Ever since my mum returned to the kitchen after a break of several years, we have been spoiled by her sumptuous cooking. This pig stomach soup (猪肚汤) was cooked entirely by her. We had not tasted this home-made soup for years; and everyone rushed home to drink it even though it was a work day.

My family used to cook this soup all year round, but during the Chinese New Year (CNY) season, this soup takes special spotlight as leftover luxurious CNY steamboat ingredients such as fish maw, pacific clams, abalone, fresh scallops and thinly sliced “shabu shabu” meat are added to this soup, making it even more wholesome than the usual bowl. 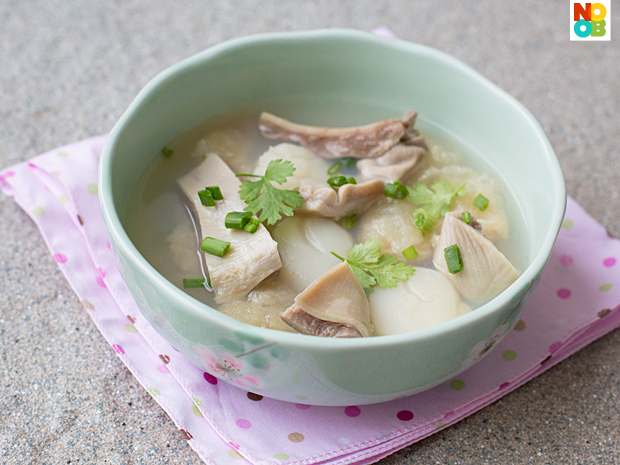 One distinctive feature of this Hokkein dish is that it is deliciously peppery, due to the addition of white peppercorns. Most families will crush the peppercorns gently in a mortar and pestle before roasting them in the dry pan until fragrant. My mum insisted that we do not crush the peppercorns as she said the soup will have tiny bits of rough pepper. Instead, she roast the peppercorns intact/whole for at least a full five minutes, or until one can smell the aroma of the peppercorns. Well, she made me do it, and my arms were really aching as I needed to stir the peppercorns the whole time so that they will not burn. The result was worth it though. My mum also used the slow cooker for this dish, but feel free to cook it on the stove top. 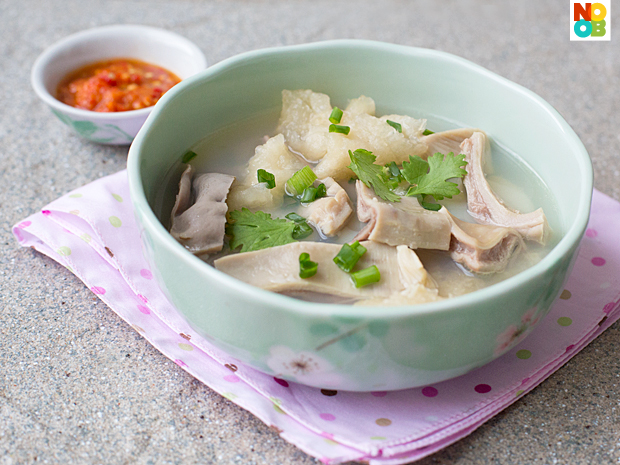