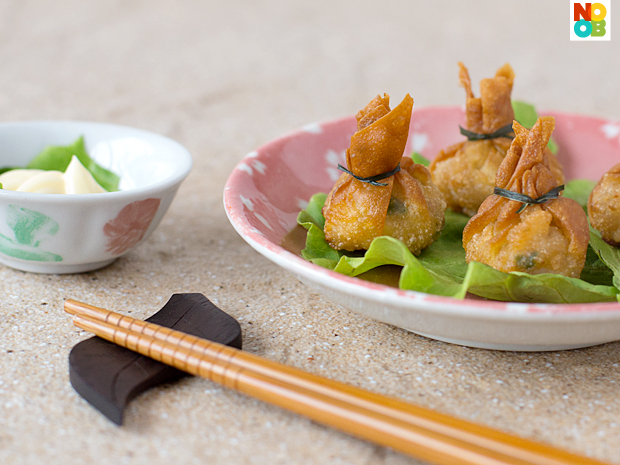 These fried dumplings, resembling golden money bags or dim sum purses, symbolise wealth and prosperity during Chinese New Year. They are so pretty and delicious though, that I make them all year round.

The main recipe is largely based on my trusty crispy fried wontons recipe which I have been making since my school days. Since Thai cooking has a version of these money bag wontons as well, I tweaked the seasoning to include fish sauce. I think this is the most flavourful wontons I have made to date. You can also boil them for wonton soup or add them to steamboat (hot pot) instead (you don’t need to tie up the wonton with a “string” for soup). In fact, I just made a batch which is now in the freezer, ready for hot pot next week. 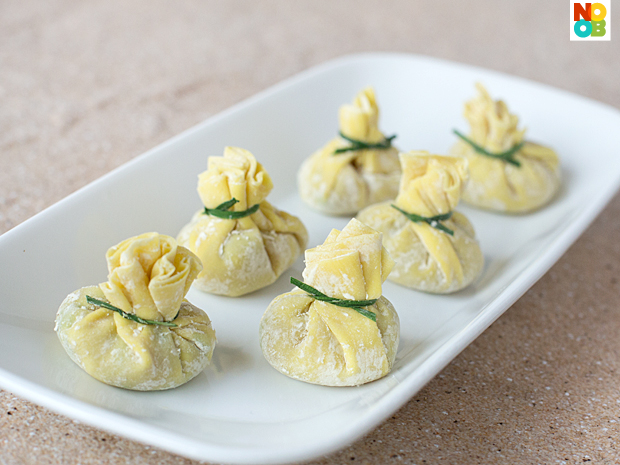 The most time-consuming part of making this dish is the wrapping, so you can enlist the help of your family for some special bonding time. Before you check out the recipe on the next page, here’s a step-by-step pictorial guide for folding the wonton. There are actually many methods for making them and the method I used below can do with or without tying with a string – I made them so that I can keep some for steamboat during Chinese New Year the following week. Another method not shown below is to fold up the 4 corners of a square wonton wrapper and pinch together to close the filling. This method require the use of a string. 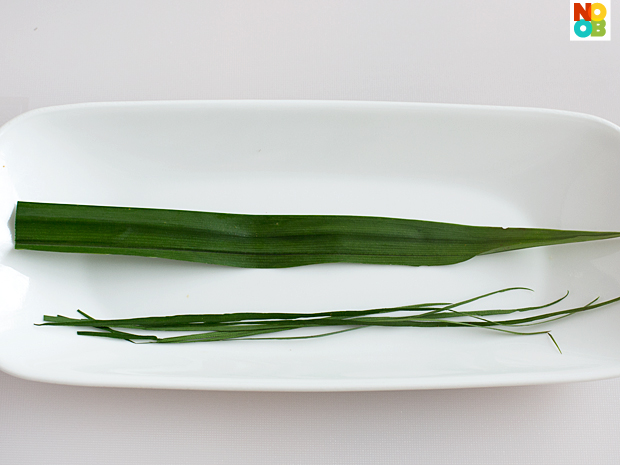 This is optional, but the money bags do look better when tied up. My favourite vegetable seller at the wet market taught me to use pandan leaves. Soak them in hot water until softened, wipe dry with paper towels, and cut them to thin lines. You can also use garlic chives depending on which is more accessible in your area. Note: Tested with spring onions which didn’t work (too soft and break when trying to tie). 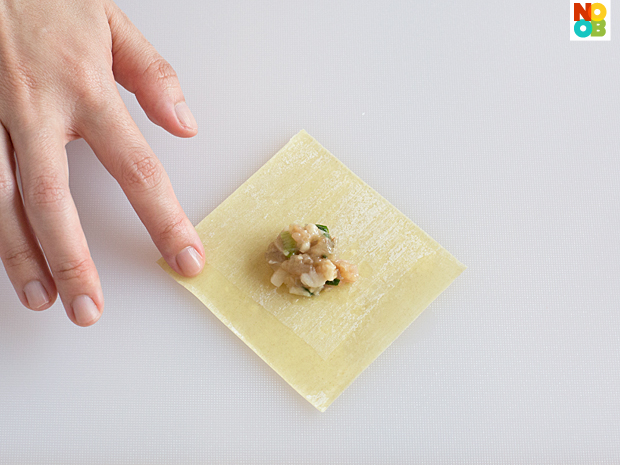 Place a tsp of filling in the center of a square wonton wrapper and dampen the edges with water as shown. 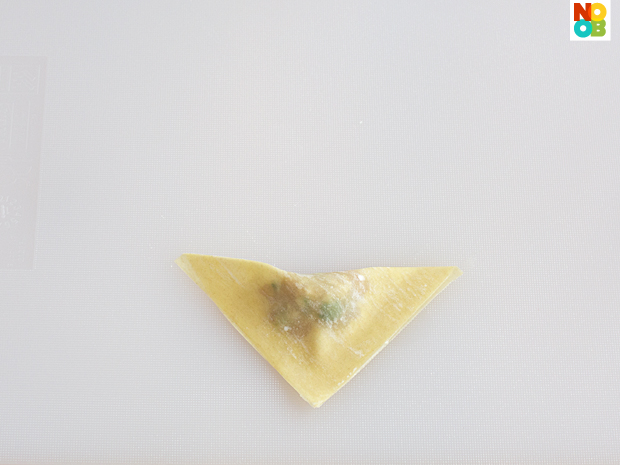 Fold in halfway to fold a triangle. 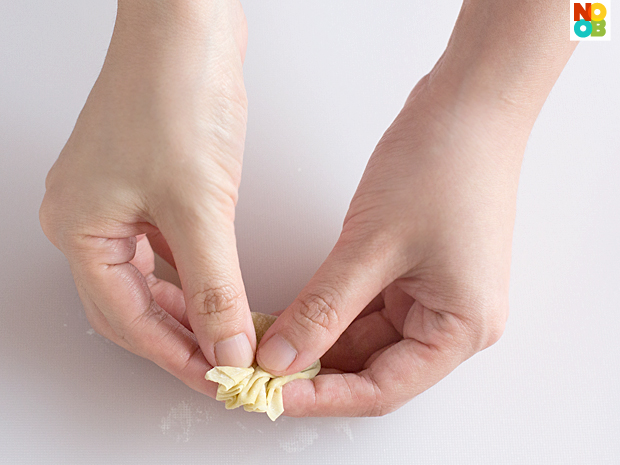 Pleat the edges towards the centre. 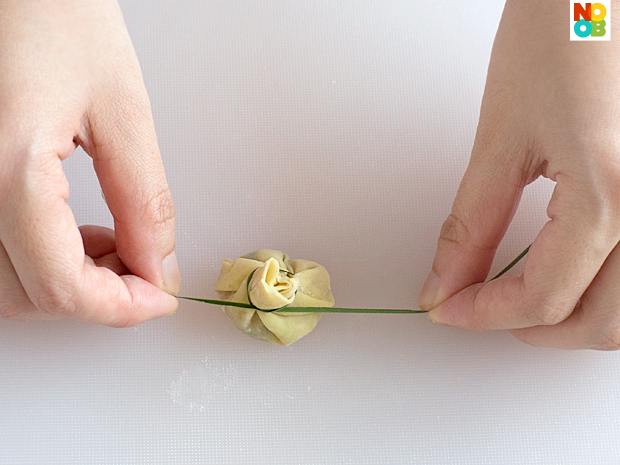 Tie the wonton with a piece of pandan string. 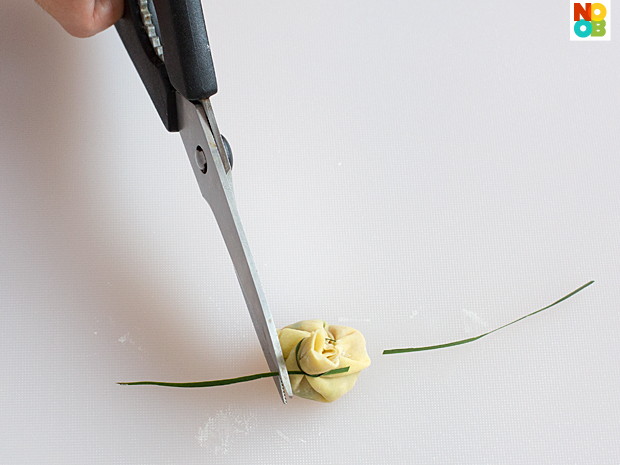 Trim off the excess string with scissors. 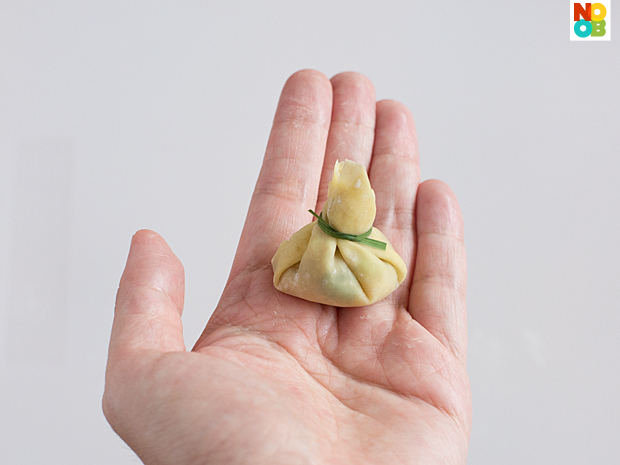 This is what the wonton made from square wonton wrapper looks like. P.S. They retain their shape without tying too. 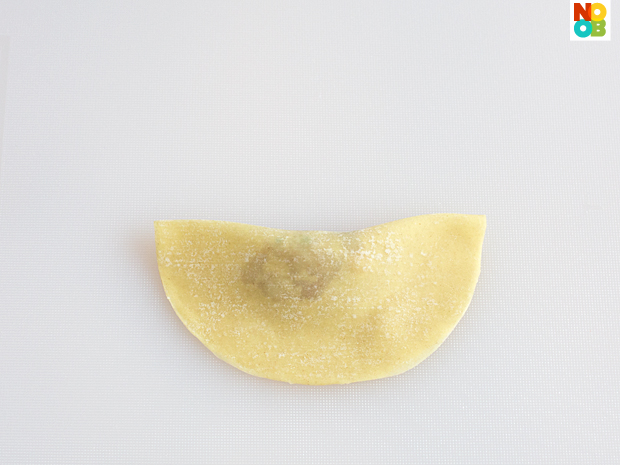 The same can be done for circle wonton wrappers. Place a tsp of filling in the center and fold halfway to fold a half-crescent. After this, plead the edges towards the centre.

Secure with pandan strings. These are money bag dumplings made with circle wonton wrappers. Without tying, they don’t retain their shape as well as the ones made from square wrappers. 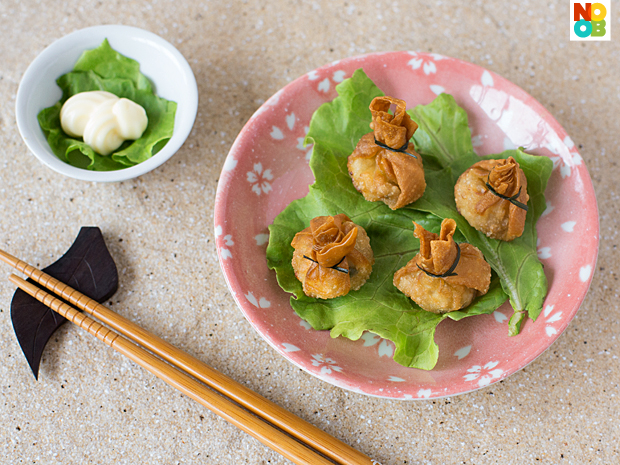