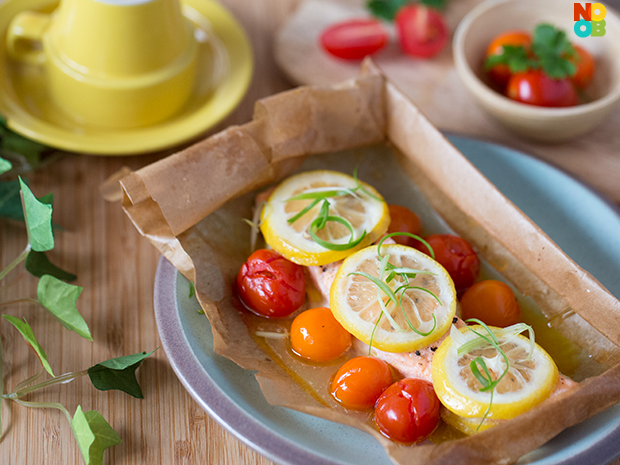 Salmon fillet baked in parchment paper parcel aka “fish in bag” or going by its French name, Salmon en Papillote, is on my fave dinner cook list. Although the result looks impressively gourmet, it only took 10 minutes to prepare and 20 minutes to bake in the oven. Just prep, wrap and bake, which is a 100% noob-friendly way of cooking. The result is healthy, easy, pretty and yummy!

This simplest version with only cherry tomatoes, lemon, salt and pepper tastes great! You can also add any readily available ingredients (such as zucchini, mushroom or bell pepper) and herbs (such as dill,  thyme or mint), or even a small splash of white wine to make it more scrumptious. 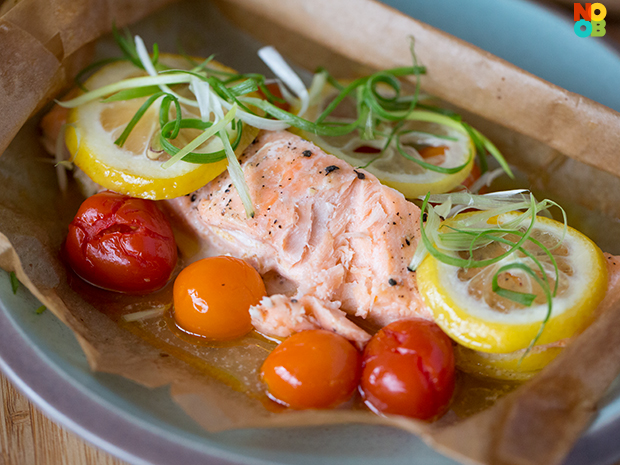 The parcel helps seal in the heat and juices within, so the cooked salmon is juicy and flaky, just like being steamed. Best of all, you can serve the fish directly in the parchment paper (with a plate beneath), so cleaning up is as easy as the cooking. 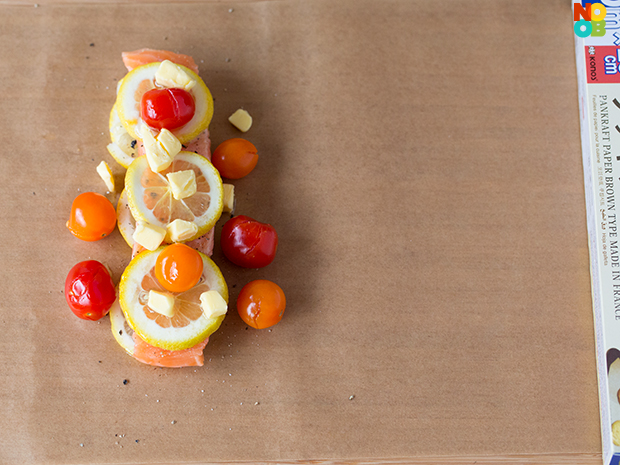 Arrange ingredients on one half of a piece of parchment paper measuring 30 x 20 cm. 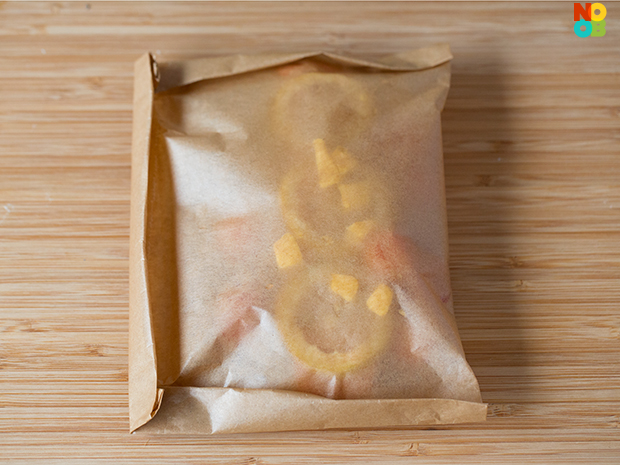 Fold the parchment paper over the salmon. Seal the parcel by folding in lengthwise, then followed by the two sides as shown. 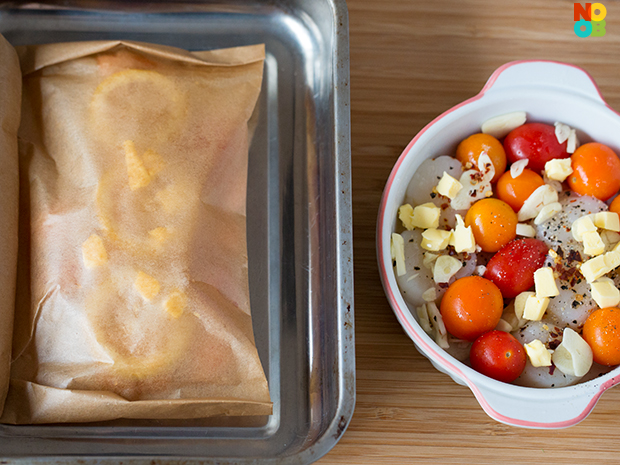 Since there is still room in the oven, I baked the parcel alongside a small casserole of scallops and cherry tomatoes (and added spaghetti to make it an effortless pasta dish). 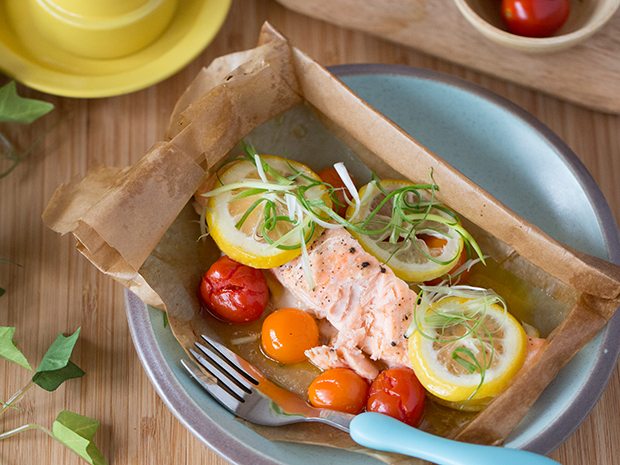