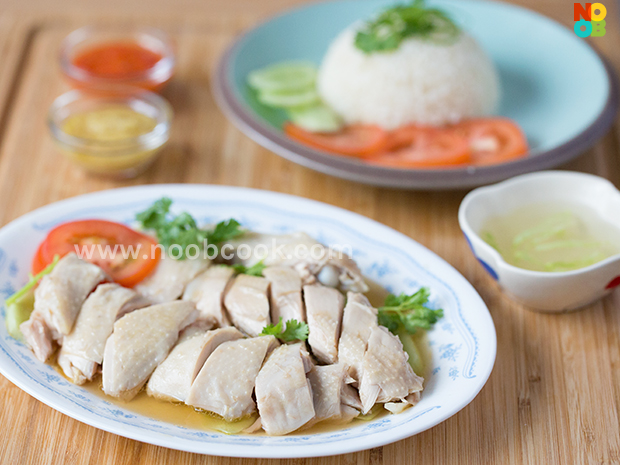 Note: Longgg post ahead with detailed tips and photos, or you can skip right to the printable recipe via the ‘Get Recipe’ button on the photos. 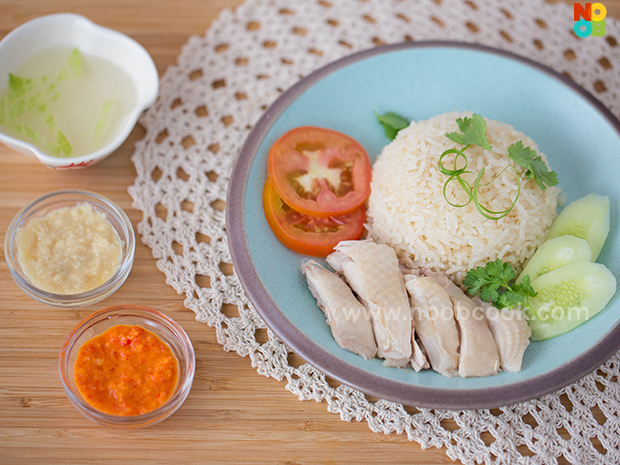 This is the recipe for the “white chicken” version (白雞) of Hainanese chicken rice (海南鸡饭), one of Singapore’s most famous hawker dish.  Actually this “national dish” is not exclusive to Singapore – you can find good Hainanese chicken rice in other parts of South East Asia (such as in Malaysia, Thailand and Vietnam). I think our standard here is pretty good though! 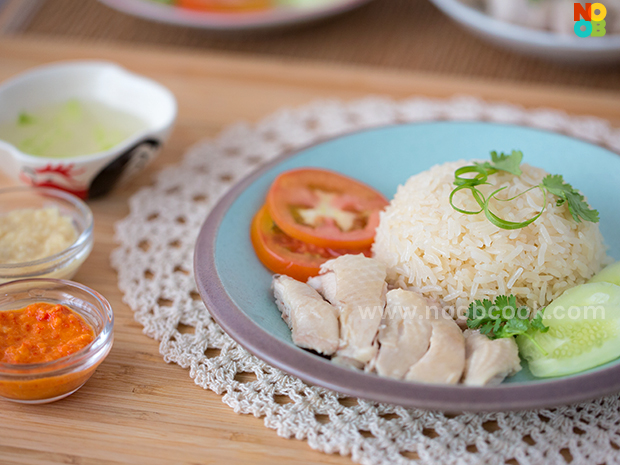 And maybe that’s because there are just so many chicken rice stalls here – you can literally find a chicken rice stall everywhere here at almost every hawker center aisle, food court, coffee shop and eating corner. 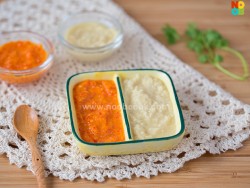 I’m really picky about my chicken rice! My ultimate favourite chicken rice stall in Singapore is the one at the Beach Road “Army market” – so perfect in taste, affordable and great service even after all these years. So honestly my home version will never be as good as the one at Army market, but it is yummy in its own way, with a very nice home-cooked flavour to it. 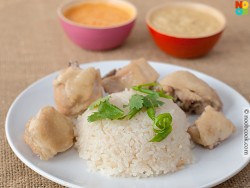 And the home-cooked version is also quite cheap to make as you can buy a whole kampong chicken (about S$10) and cook for a family of four or more. Read this page for photos and tips on making authentic Hainanese chicken rice, and the next page for the printable recipe.

Hainanese Method of Cooking the Chicken 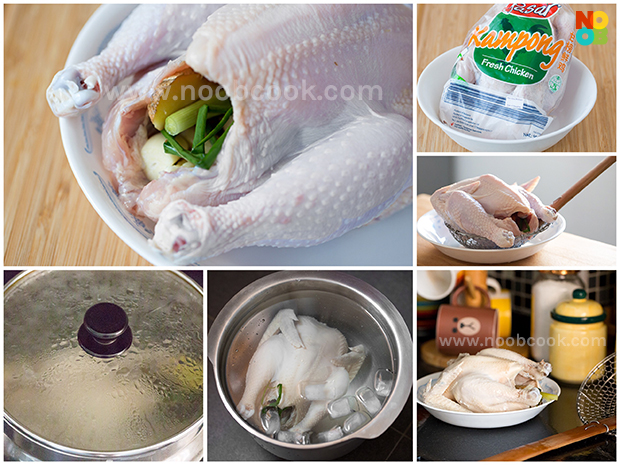 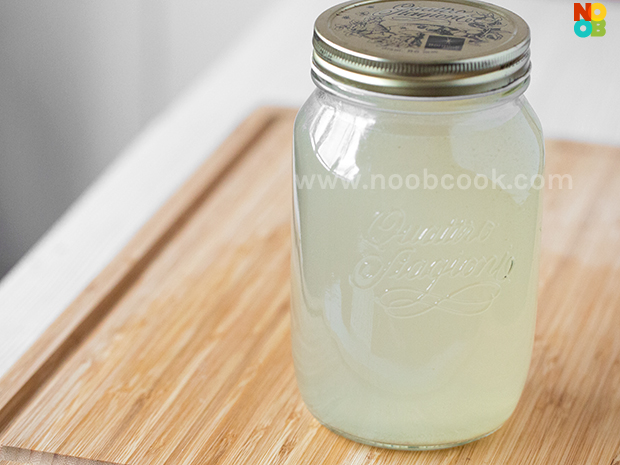 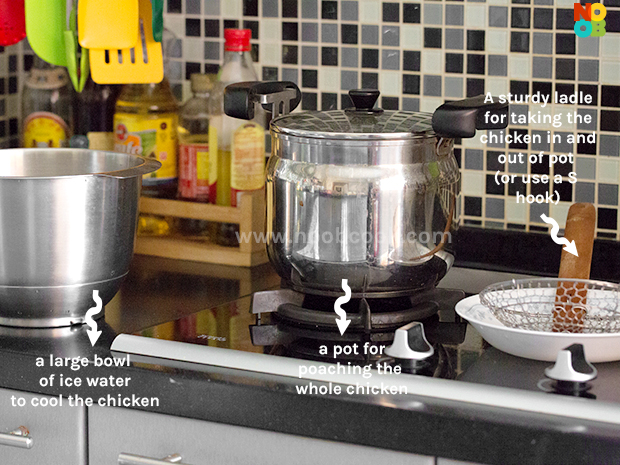 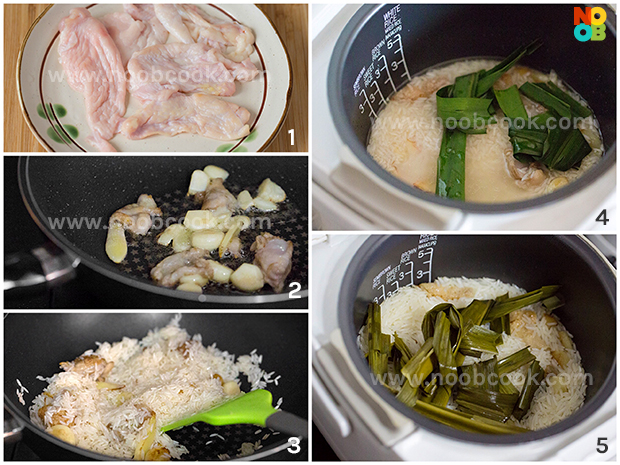 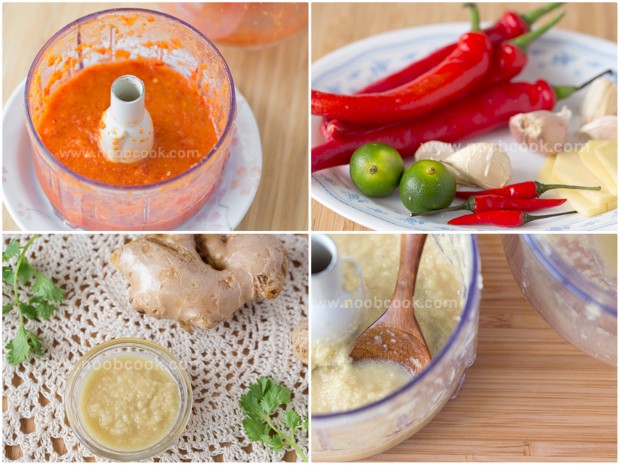 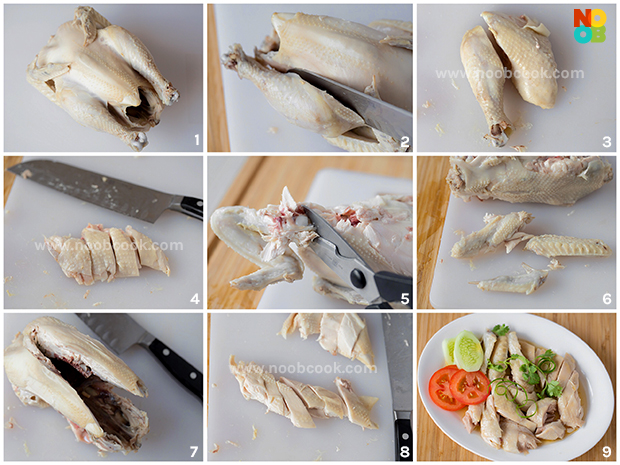 How to carve the chicken and serve it boneless, after it is cooked – click the tutorial here

I have really bad knife skills! But the tutorial should be sufficient even for a noob cook like me to do a decent job carving out boneless chicken after it is cooked.