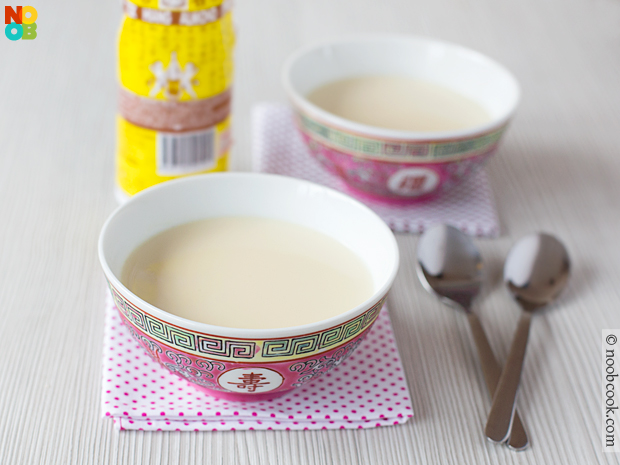 After I successfully made soya beancurd pudding, my family asked for almond flavoured beancurd, which is a popular variation you can order besides the original soya flavour.

My family told me to use the bottled almond syrup which is commonly sold at all local major supermarkets. Before this, I do not even know that this almond syrup existed.

I was skeptical at first, but after adding just a tbsp to the basic recipe, the beancurd pudding indeed tasted similar to the almond beancurd pudding sold outside. I have no idea if this is what the stalls do for the almond flavour, but it is definitely an effortless trick that worked for me. 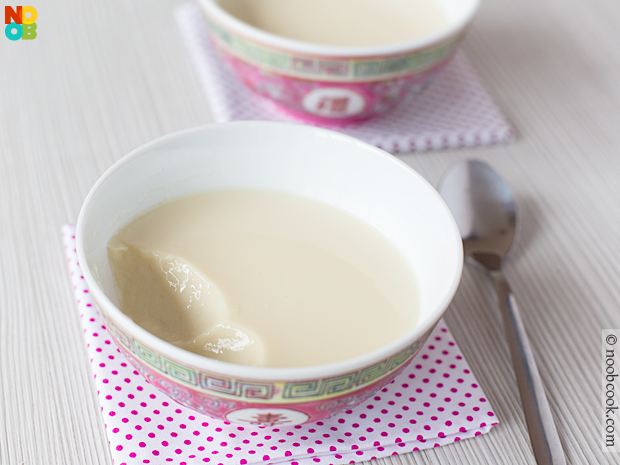 Tips on getting silky, soft and smooth texture