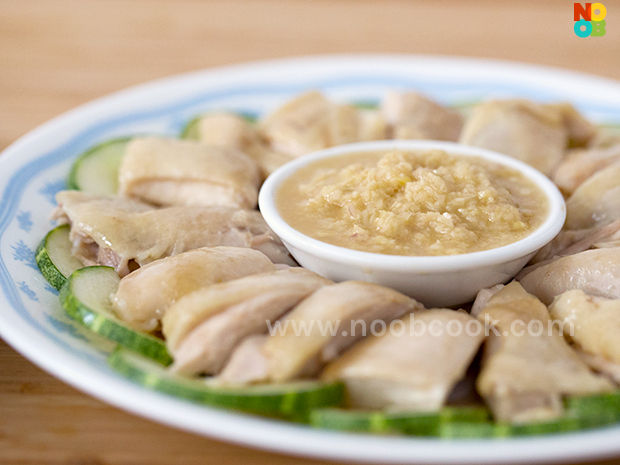 This is my rather simplified home attempt to recreate the famous Samsui ginger chicken (三水姜茸鸡) dish from The Soup Restaurant. This was supposedly a traditional dish made by the Samsui women in Singapore during the 1920s to 1940s. Back then, this was a luxury dish and only consumed once a year. Aren’t we lucky now to be able to enjoy it anytime we want? This recipe is really easier than the dish looks – involves basically steaming a whole chicken, serving it boneless, and making the samsui ginger dipping sauce to go with it. 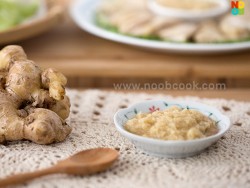 The home-cooked version was satisfying and we had a lot more chicken since a whole kampong chicken was used. Although my knife skills have much room for improvement, that won’t deter me from cooking this dish again next time we have the craving for it. 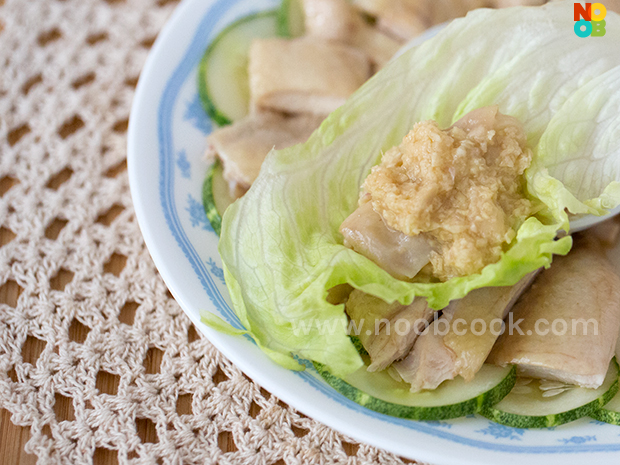 You can wrap the chicken in lettuce and top with the signature samsui ginger sauce. 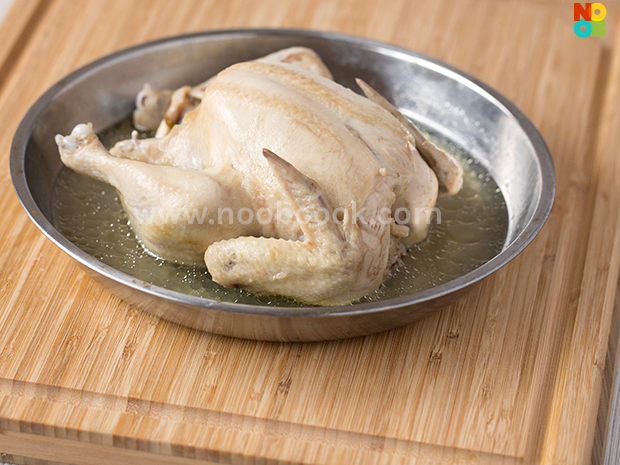 See all that chicken juices collected in the plate after steaming the whole chicken? This is very concentrated chicken stock and can be used to make the ginger sauce, or to cook chicken rice, or for flavouring other dishes. For this reason, I prefer to steam the chicken, rather than to poach it (method for cooking Hainanese chicken rice) which yields a much milder tasting broth. 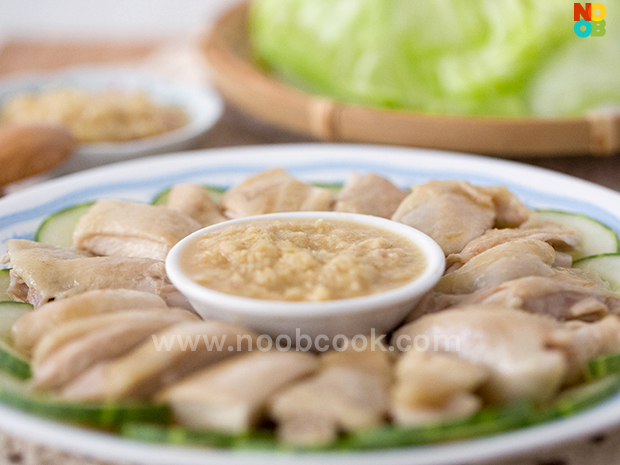