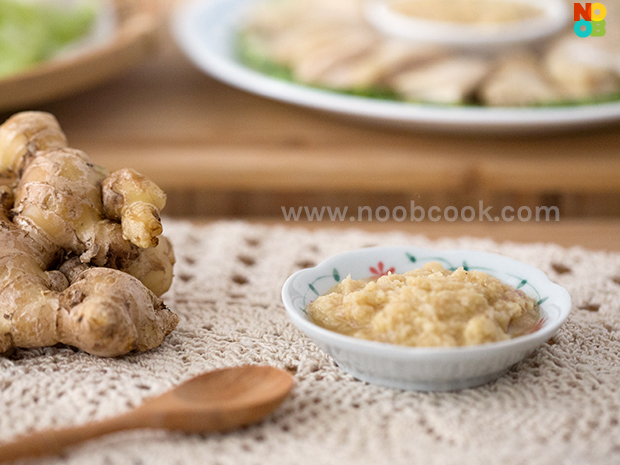 I really love the samsui ginger sauce that is served at The Soup Restaurant. It tastes so good on its own, that I personally think it can outshine the chicken to become the star in the dish samsui chicken. I’m so glad that the sauce now available at supermarkets, and if you are lucky, you can buy 2 bottles for the price of 1 during promotion. This is my attempt to recreate the famous ginger sauce at home – it’s great when there is no promo, or when I just want to spend more time playing in the kitchen. 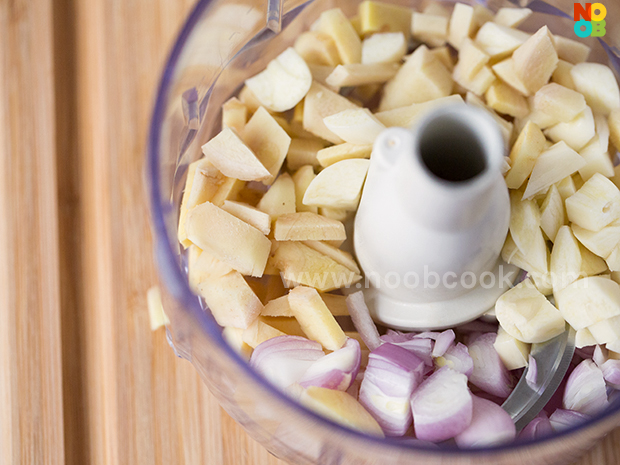 My family thinks my version is similar and delicious. This samsui ginger sauce is a versatile sauce. It not only goes well with cooked steamed chicken, I have also tried brushing it on raw food (such as chicken thighs) and steam with D.O.M liquor with great results. I also frequently add it to my salads for that extra oomph.

In case you are wondering, this samsui ginger sauce has a chunkier texture and a richer taste than the ginger sauce for Hainanese chicken rice, which has a more watery consistency.