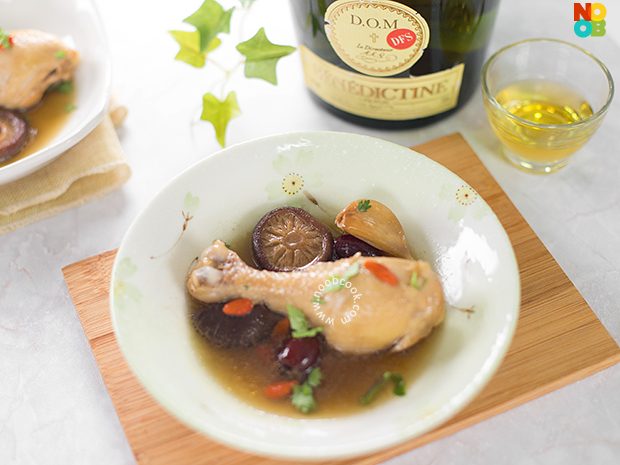 I always have a bottle of DOM liquor at home thanks to my mum. She told me that D.O.M wine is very nutritious, improves general well being and helps one to sleep better. Perhaps she saw that I am perpetually tired from keeping late nights (playing games! haha). The problem is, I am never a fan of hard liquor so I barely touched it. 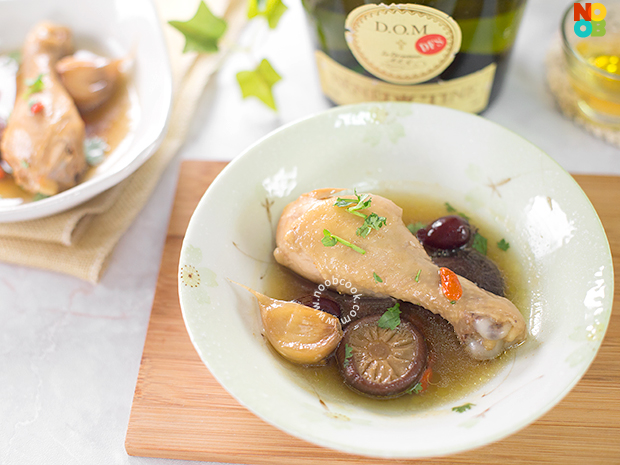 And then I discovered cooking with D.O.M instead of drinking it neat. This steamed D.O.M chicken was the perfect solution for me. Not only was the chicken aromatic and tender, the D.O.M liquor became delicious after cooking – no more sharp alcohol taste, and instead, the soup had a pleasant sweet wine taste. I did not even need to add any salt after cooking, even though all I used was D.O.M and plain water. I was told that I had rosy cheeks after consuming this dish weekly for some time. 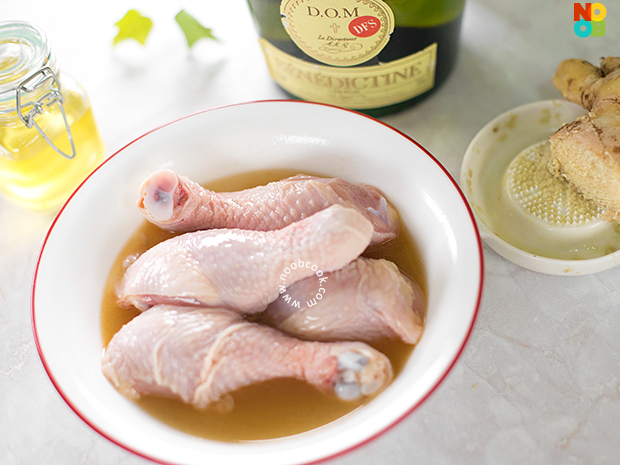 This recipe requires only 3 ingredients for the marinade – namely D.O.M, ginger juice and sesame oil. Try out this dish when you are feeling tired, and needed a homely, nutritious food boost.