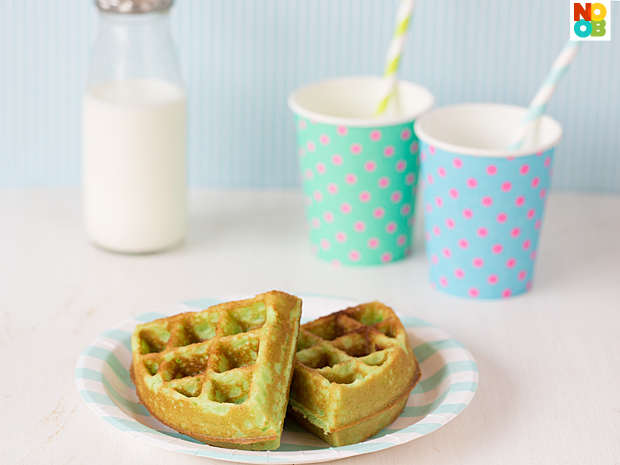 To me, what’s even more blissful than Belgium waffles are waffles with a local, Asian twist in the form of these delectable pandan waffles I grew up on. Pandan is a tropical plant whereby the leaves are often used in cooking, baking and drinks. For those of us who are familiar with the taste of pandan, you will agree with me that pandan imparts an irreplaceable fragrance to many South East Asian dishes. 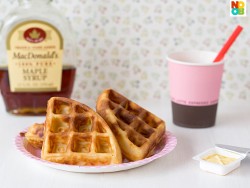 In my earlier experiments, my waffles did not have the distinct fragrant aroma of pandan in them. I tried adding more pandan paste, but the pandan flavour was still faint and instead, I ended up with a very funky shade of neon coloured waffles. 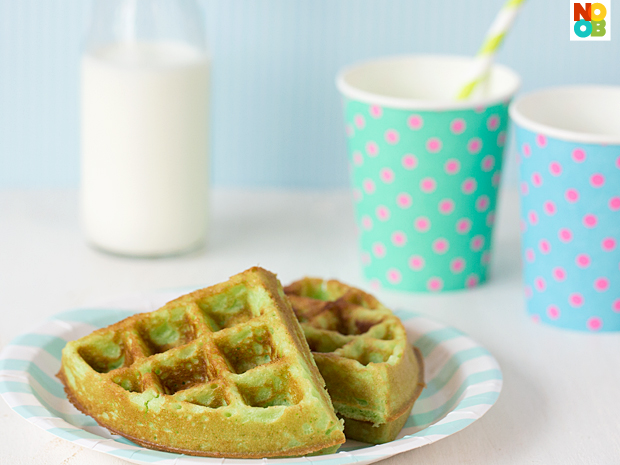 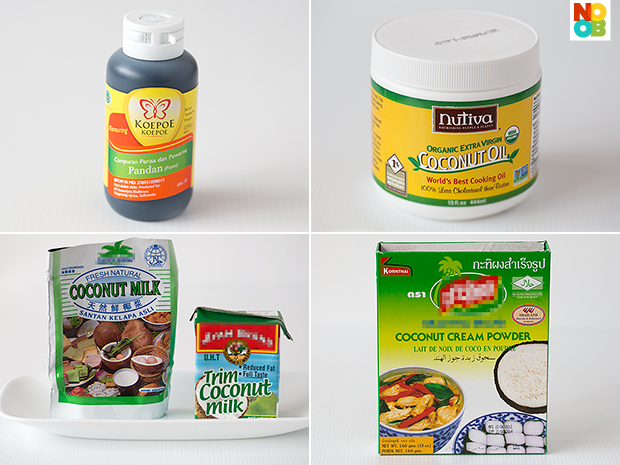 Ingredients: pandan paste (the ”Koepoe” brand is recommended, available at Sheng Siong supermarkets), organic extra virgin coconut oil, and coconut milk (you can use fresh, tetra pak or powered ones)

I used fresh coconut milk (instead of powered or tetra pak ones) but still, the pandan flavour was faint. I hit the jackpot when I used coconut oil instead of regular olive oil for my waffles and voila! the pandan flavour was distinct and rich. I realised that for pandan bakes, the most important ingredient is , (surprise!) coconut oil. Just like a little salt magically brings out the flavour of many dishes, the coconut oil complements and draws out the pandan flavour. With the coconut oil, you only need to add a minimal amount of pandan paste and it does not matter even if you are not not using fresh coconut milk. I bought extra virgin organic coconut oil from iherb.com (use my affliate code WIF026 to get up to $10 off first order); you may also find coconut oil from supermarkets or organic food shops in Singapore. To find out more about the waffles iron I used, read Belgium waffles recipe for more information.