With only spinach, garlic, mushroom stock and salt, this Chinese baby spinach soup is simplicity at its best. Although I call this a spinach “soup”, this is actually more like a “soupy stir-fry”. You can make a more sumptuous dish by adding more ingredients such as seafood, carrot or mushroom to this basic recipe. This version here is what I cooked most often due to its simplicity of flavours and ease of effort. 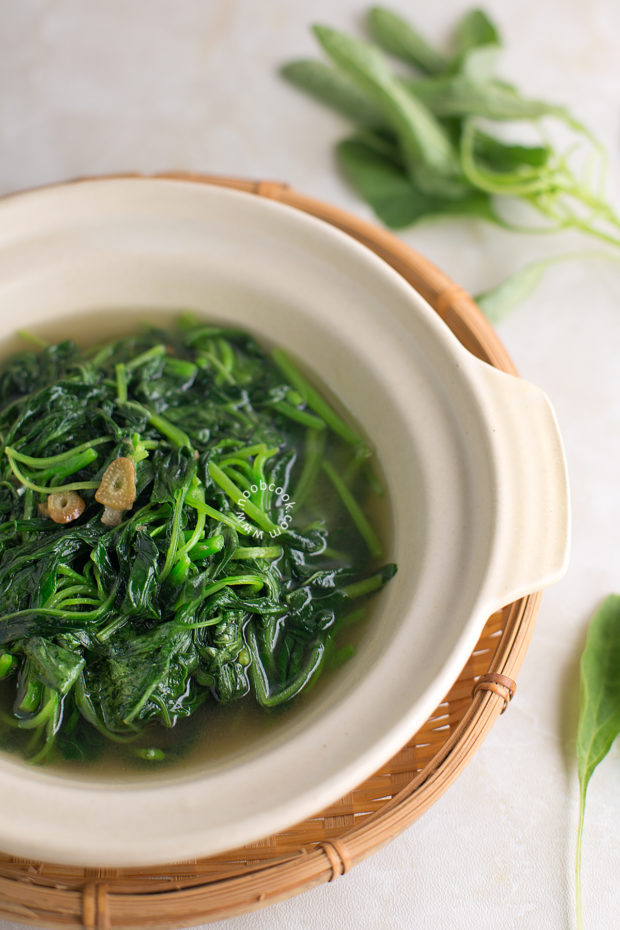 Recently the new supermarket in my area is having crazy sales on its local spinach – I bought two bags of Chinese baby spinach for only $1 (that’s like half price). So I have been cooking all varieties of local spinach (amaranth greens, round & sharp spinach) almost nightly. 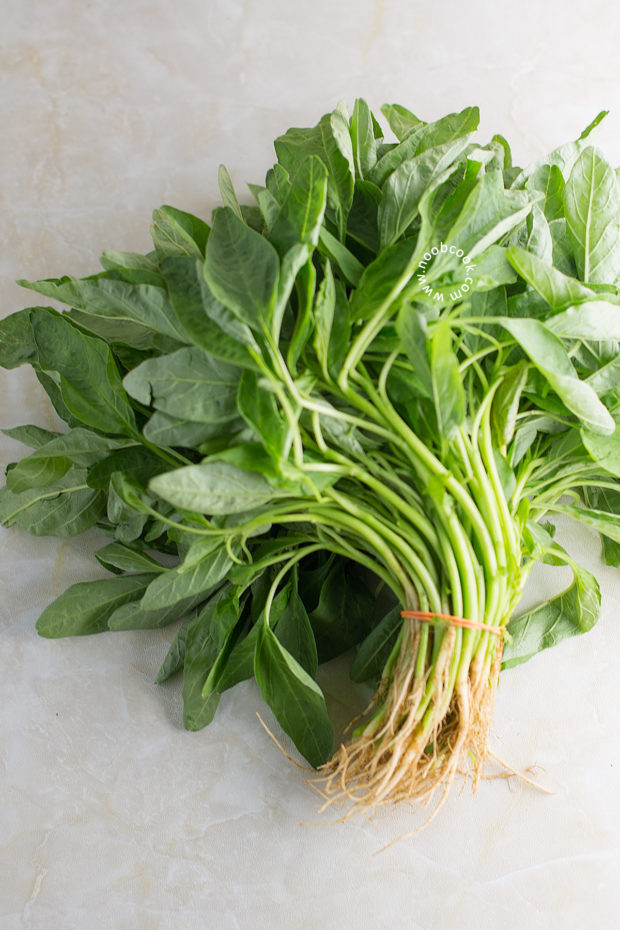 This is what Chinese baby spinach (苋菜苗) looks like. It is not to be confused with the western baby spinach which is often eaten raw in salads. The local baby spinach resembles sharp spinach (苋菜) but with shorter, thinner stems. 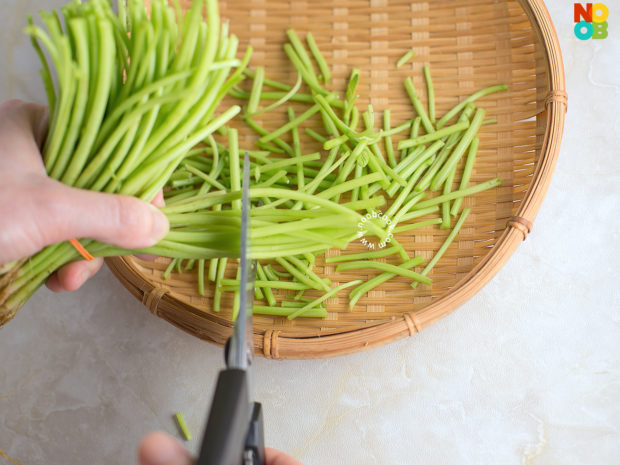 Prepping the baby spinach is easier than other types of local spinach. Unlike sharp or round spinach, there is no need to pull and discard the “strings” of the stems. I simply snip the stems to shorter lengths with kitchen scissors (pic above), discarding the bottom most 1-2 cm near the roots.