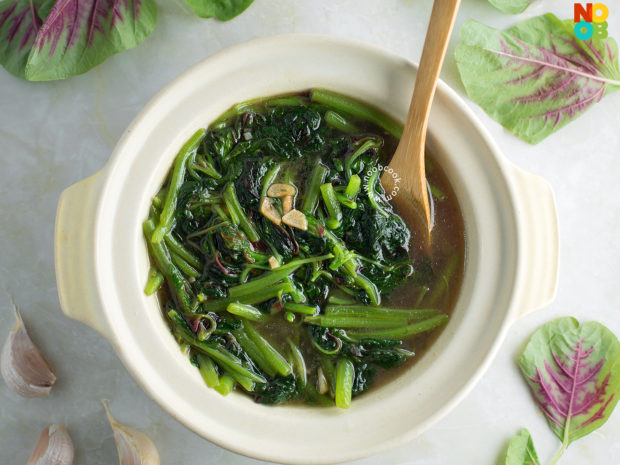 Have you eaten red spinach (红苋菜), aka amaranth greens before? They are spinach leaves streaked with red and purple. It is said that the more colourful a vegetable is, the healthier it is. I think that’s very true for red cabbage and this red spinach. The reddish magenta pigment contains extra doses of iron, antioxidants, minerals and vitamins than regular green spinach. It is also a cheap vegetable locally – I bought a large bag at Mahota Market for 60 cents during sale time, so this dish only cost me about a dollar adding up all the ingredients. Even without sales, one can easily get a bag for under a dollar. So I really love to cook heaps of spinach at home as it is cheap and healthy. 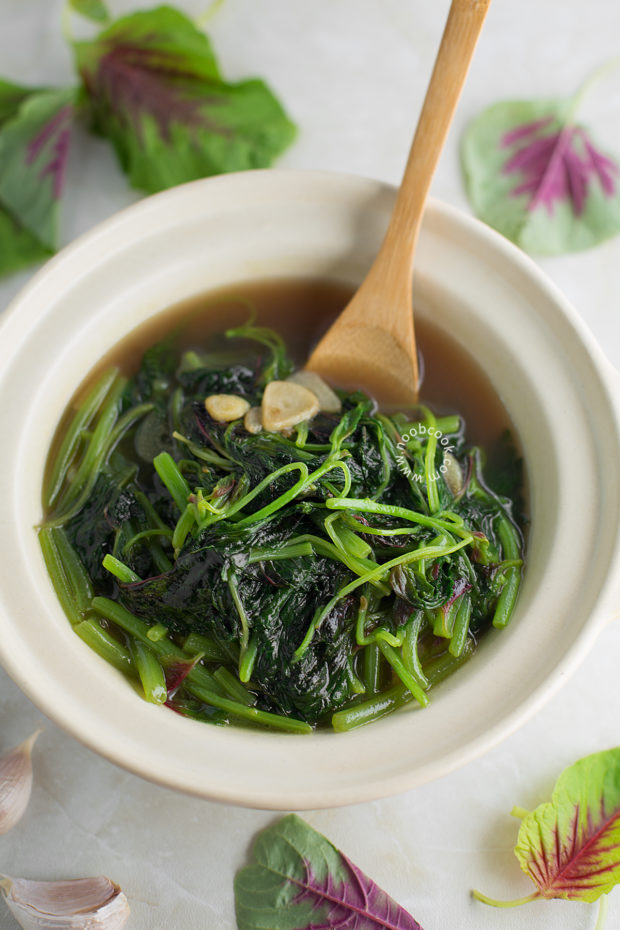 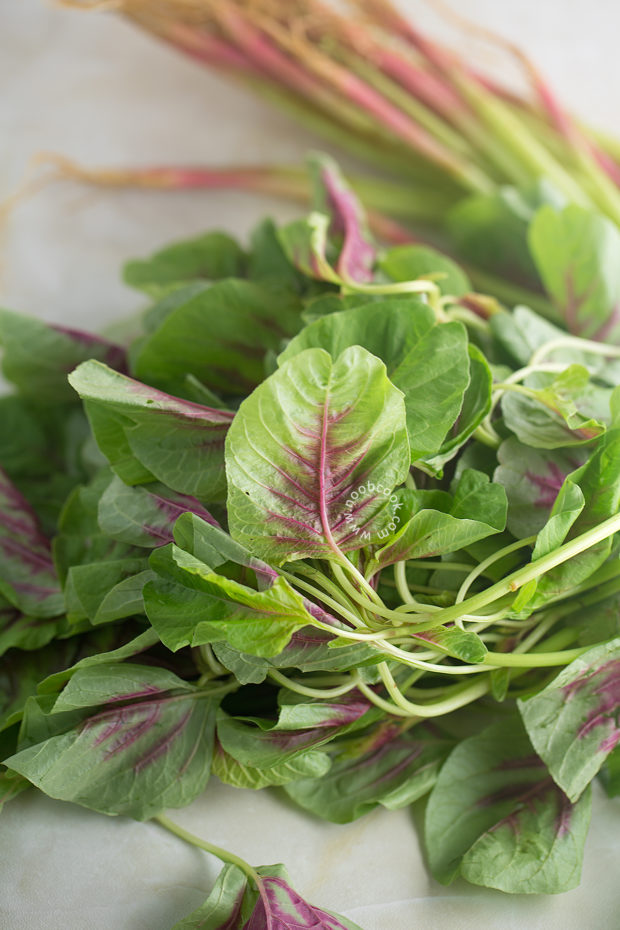 This is what the red spinach looks like. Both the green leaves and bottom stems are streaked with a reddish purple hue. As the vegetable cooks, the red & magenta colour “bleeds” into the soup, resulting in a bright red broth similar to beetroot soup. But since I am using mushroom broth which is brownish, the resultant soup has a more subdued brown-red hue. 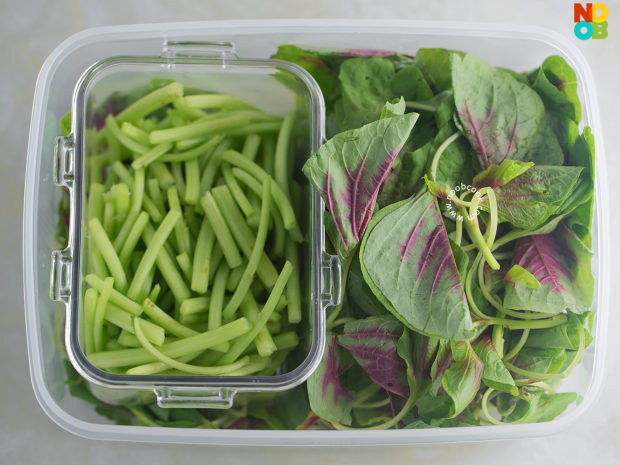 Separate the leaves and stems. Very often, I do it 1-2 nights before, so that I can whip up this dish in no time at all when I come home. Make sure the veg is washed, dried in a salad spinner and then kept in a covered container in the fridge (if you wish to prep beforehand) 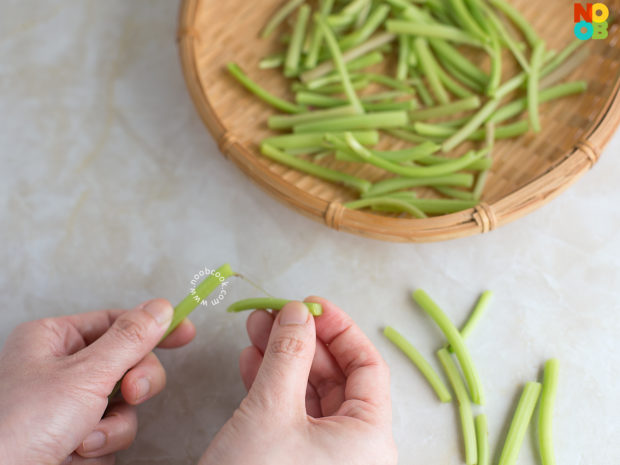 How to prepare Chinese spinach stems. To prevent the stems from tasting woody, pull and discard the “strings” when snapping them to short lengths, discarding the bottom most ends (pic above). The stems go into the wok first for a minute, followed by the leaves, then simmered briefly in soup broth. Although I name this dish a soup, it is actually more like a “soupy stir-fry”. This way of cooking is really excellent for noob cooks, as you don’t have to worry about the lack of wok hei. The cooked spinach will definitely turn out very tender every time.

Chicken in 40 Cloves of Garlic and...