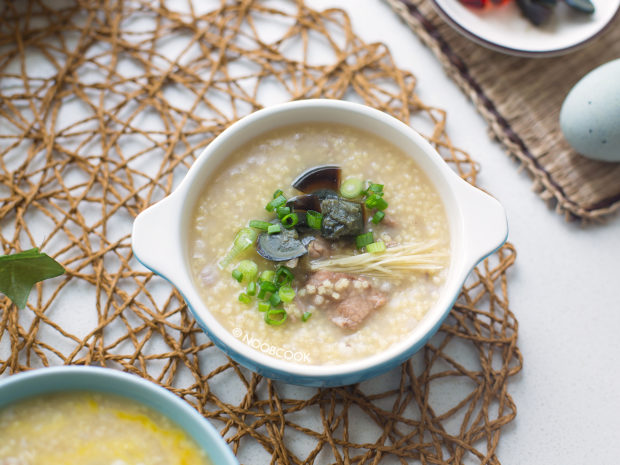 I was craving for pork & century egg porridge (皮蛋猪肉小米粥) but since it is inconvenient to travel far during the current partial lockdown period, I took the chance to make this lower-carb version with millet grains instead of rice. 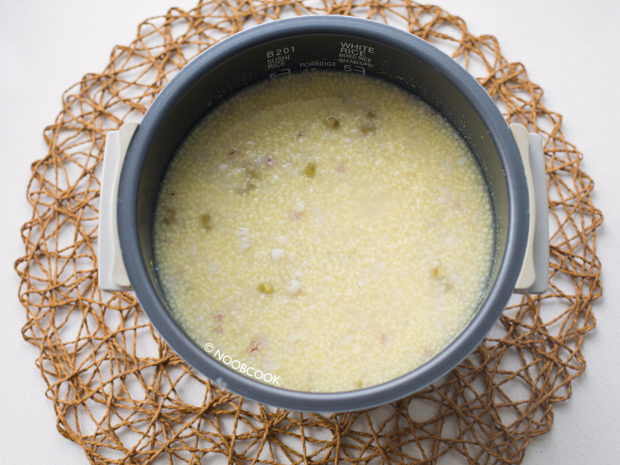 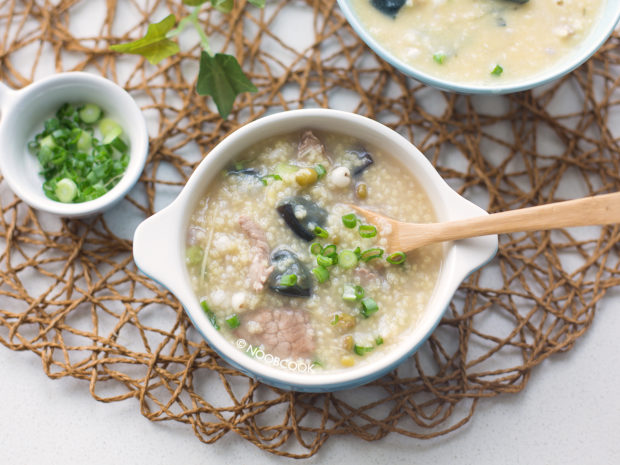 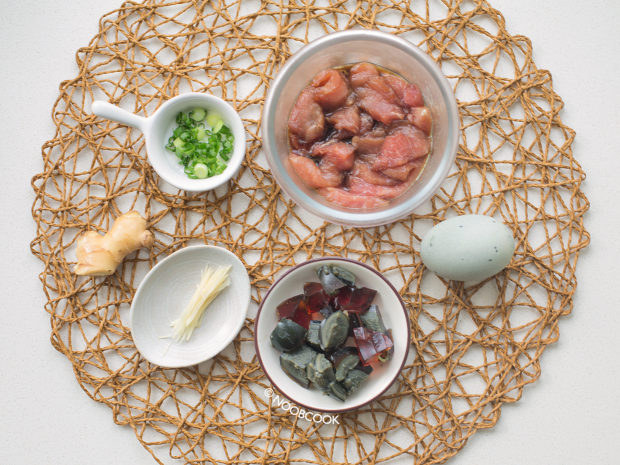 Adding an egg to the porridge 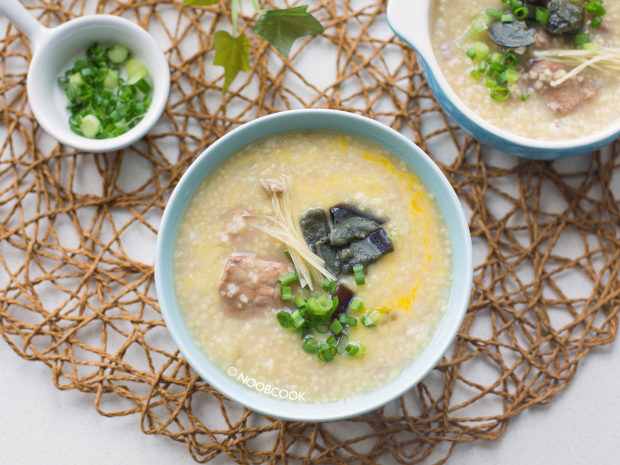 I followed the hawker style by cracking a raw egg into my serving bowl and then ladling the hot bubbling porridge over. Stir the porridge continuously until the egg white is set, before topping the porridge with century egg & garnishes. This is the way I love my egg done (egg fully cooked with a bit of runny yolk) for porridge.