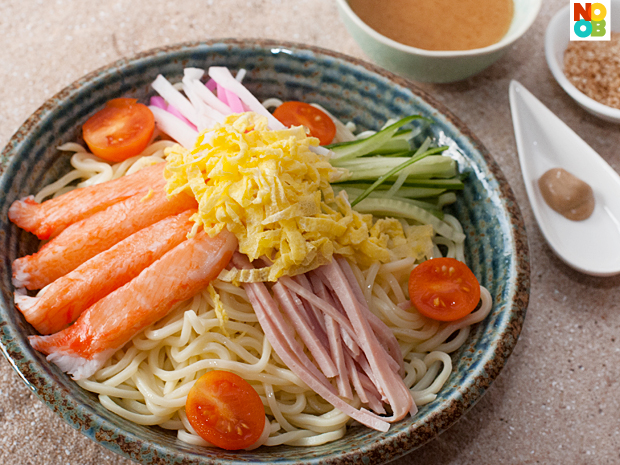 Hiyashi chuka (冷やし中華) is a Japanese chilled ramen dish with vibrantly colourful toppings and served with a cold sesame-vinegar-soy dressing. For me, this dish was not only love at first sight, it was also love at first bite – I love the chewiness (QQ texture) of the ramen noodles served with a tangy sesame dressing.

This noodles dish is served in Japanese eateries in summer, but in tropical Singapore, you can enjoy it from Japanese restaurants all year round. It is really easy to put together, healthy, light and refreshing. You can experiment with all sorts of toppings, such as a meat-free version. 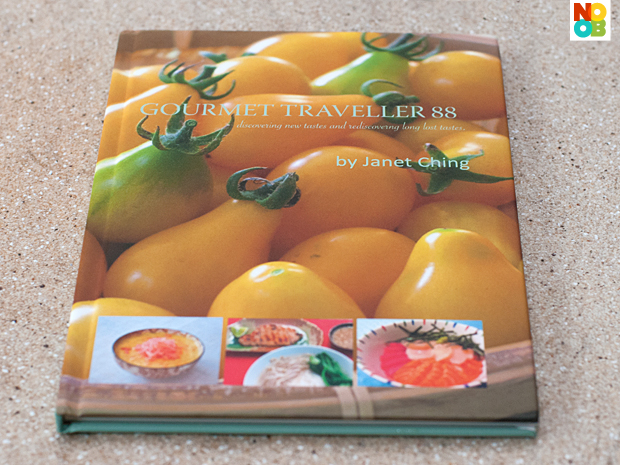 This recipe was adapted from my friend’s Janet Ching’s cookbook, Gourmet Traveller 88, named after her website. Janet generously mailed me an autographed copy of her cookbook, and her cookbook is now sitting proudly on my bookshelf of treasured cookbooks. The cookbook was a gift of love from her husband, whom on her birthday, surprised her with published copies of her very own cookbook. The book is compact (therefore easy to refer to in the kitchen) and contains 32 international recipes. The diversity of the food and delicious food photos clearly highlighted Janet’s culinary talent. If you wish to order or enquire about the cookbook, you can email Janet for details.