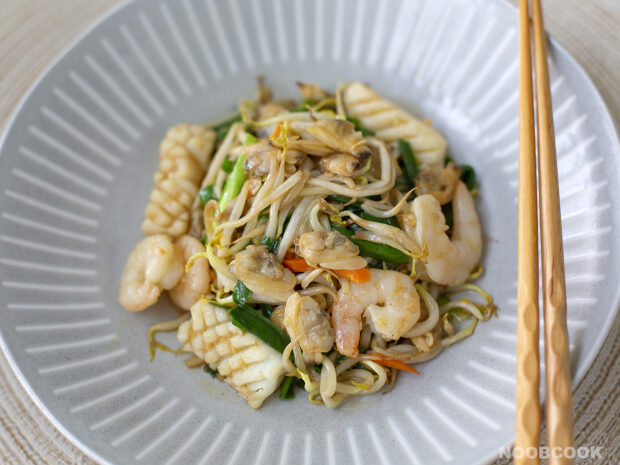 I bought some bean sprouts & chives to make noodles, but the weekend past by quickly (aka I got lazy) without me doing any cooking. So before the veggies perished, I quickly made this stir-fry bean sprouts, chives & seafood (I had a pack of frozen seafood mix in the freezer). Previously, I had done a similar stir-fry with Ikea meatballs and I loved it. This version with seafood had a more refreshing taste than the rich-tasting Ikea meat balls. So besides eating it with rice, it will also taste good on its own with a light-tasting beer or sake when doing home izakaya. 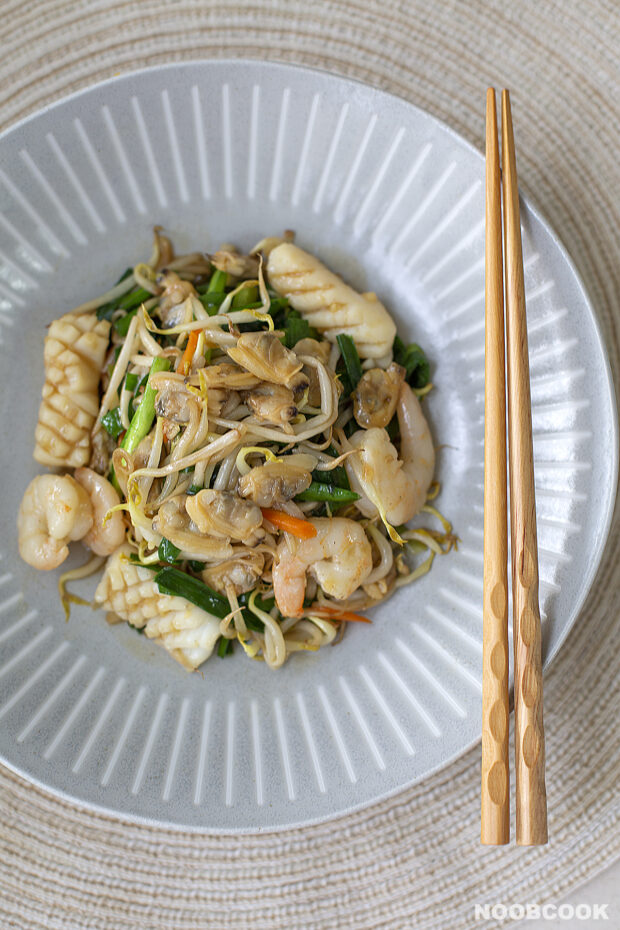 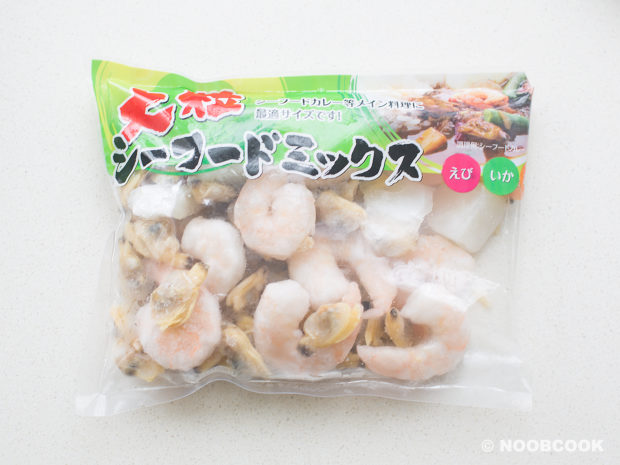 I am using a frozen seafood mix which comes with a mix of shrimp, squid & clam meat. Thaw the seafood and pat them dry on paper towels before cooking. Lightly season the seafood with salt & pepper during stir-frying. 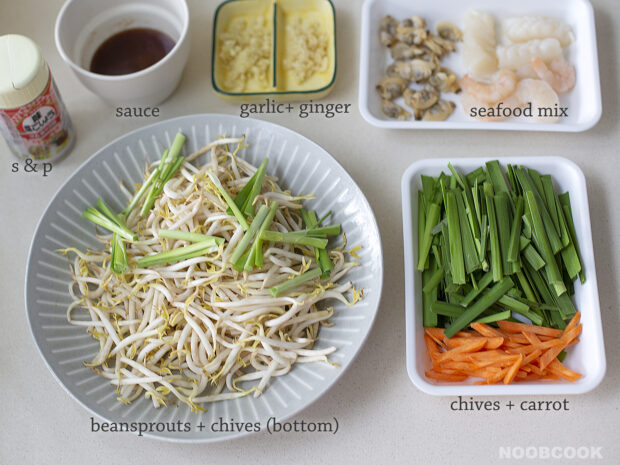 Rest of the Ingredients: 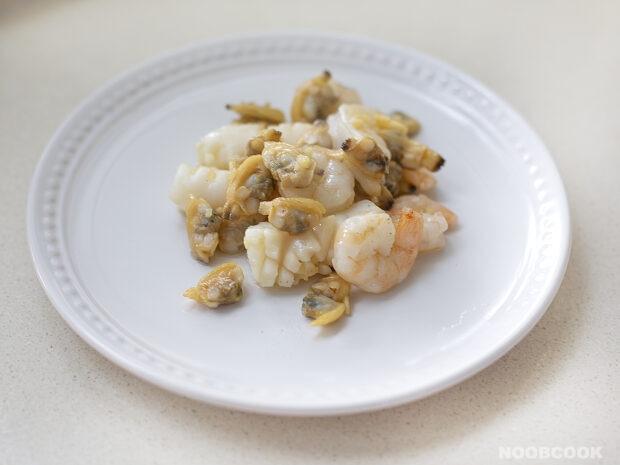 Fry ginger and seafood with a bit of salt and pepper. Set aside on a plate. 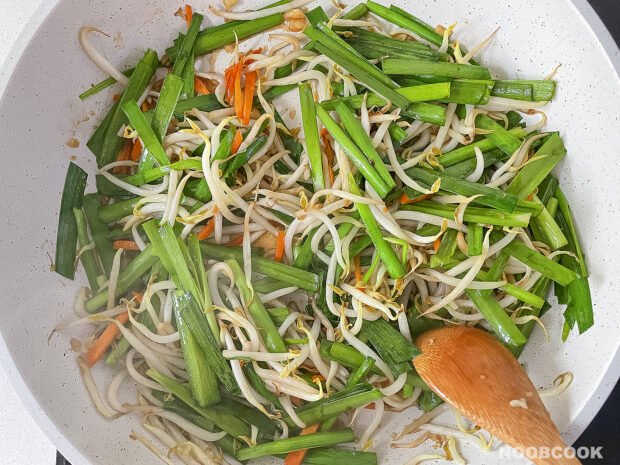 In the same pan, cook bean sprouts, garlic chives (bottom end), carrot and garlic. Once the bean sprouts start to soften, cover with lid to steam for about 2 minutes. 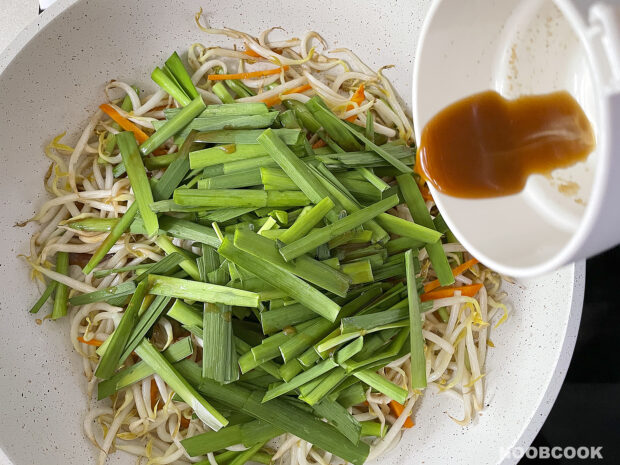 Add the remaining chives and pour the prepared sauce evenly over the contents. Stir fry briskly to coat everything in the sauce.

Lastly stir in the cooked seafood, mix well and serve!