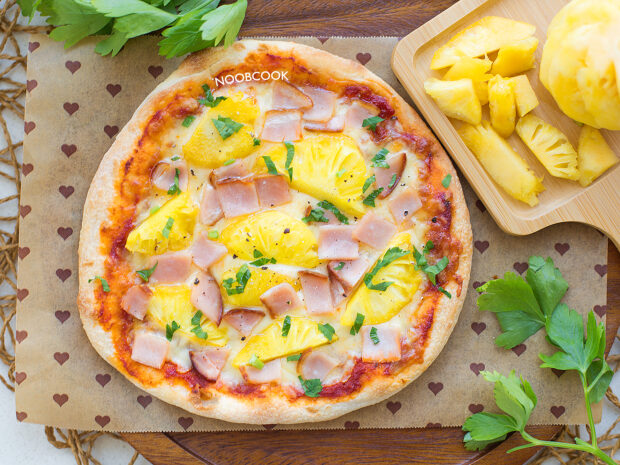 I’m still on a lazy cooking mode (but to me, that’s better than not cooking), which explains this Hawaiian focaccia pizza as the third short-cut pizza recipe I made recently using takeaway focaccia bread as the pizza base. I wanted to make Hawaiian pizza as there were leftover pineapples which I want to put to good use. 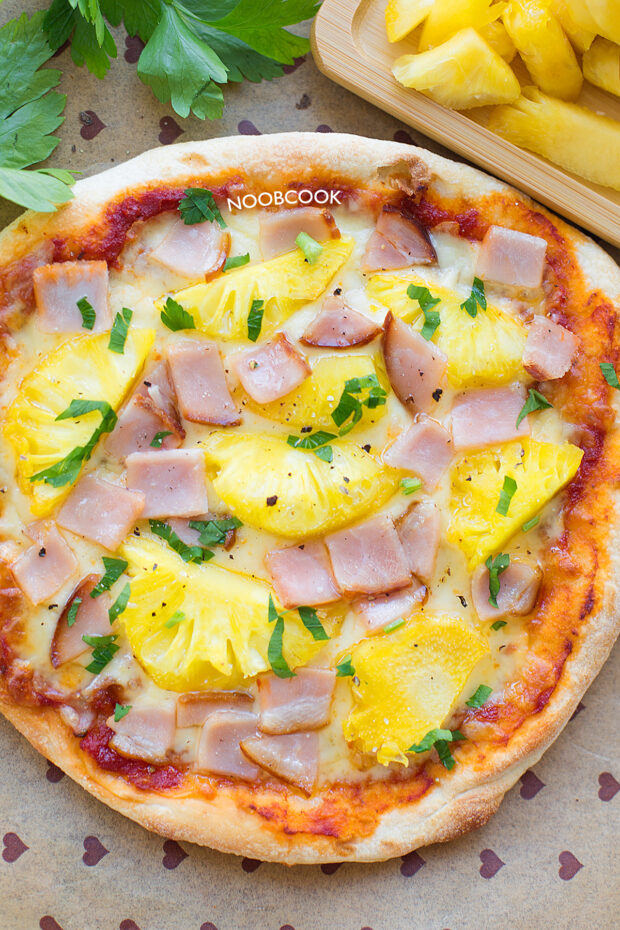 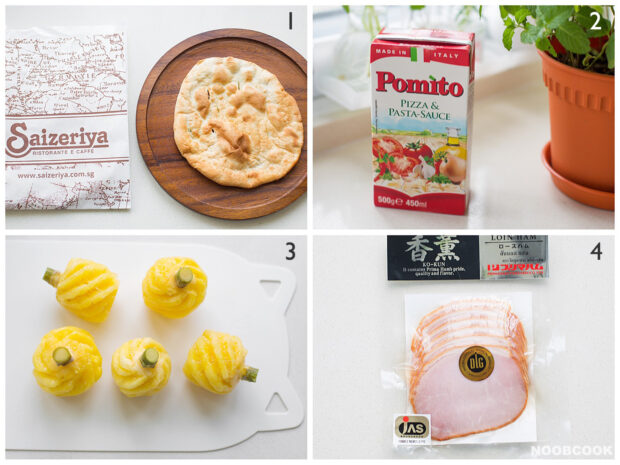 Here are the main ingredients for this simple short-cut Hawaiian pizza: 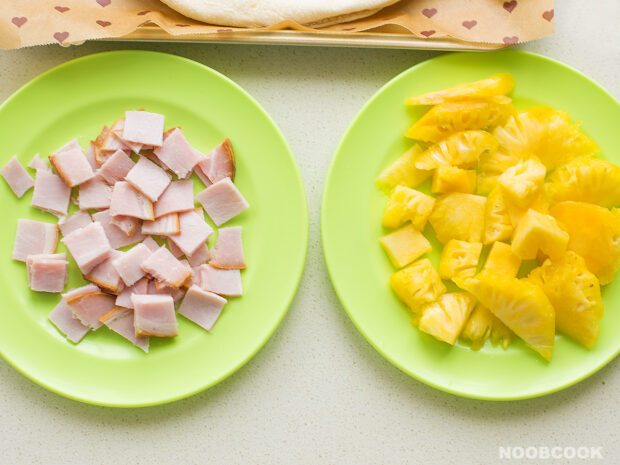 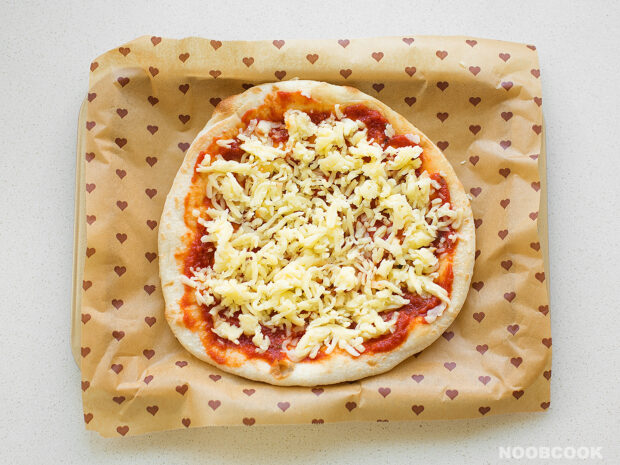 Spread pizza sauce evenly on each foccacia bread using the back of a spoon, leaving a small gap around the edges. After that, add a layer of shredded mozarella cheese over the pizza. 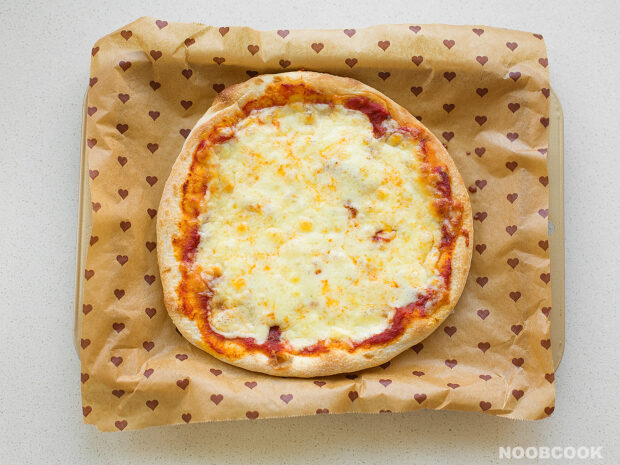 Bake the pizza in the oven until the cheese is just melted and the edges lightly browned. 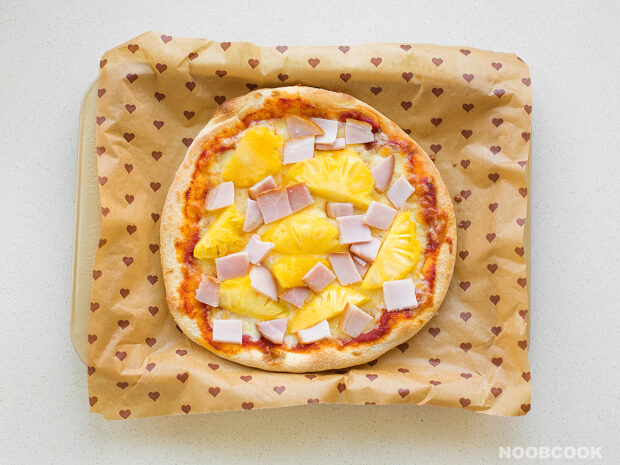 Scatter pineapples & ham (pictured above) and then bake the pizza at top rack for another 2-3 minutes.

Notes: In an earlier attempt, baking the pizza in one step made my pineapples looked dry after baking. So I added the pineapples and ham only after the cheese melted so that the pineapples will remain juicy and moist due to the shorter duration of baking.

Also, on a whim, I decided to use larger and odd-shaped slices of pineapple just for fun. You can cut it to small triangle or square dices like the conventional Hawaiian pizza look.