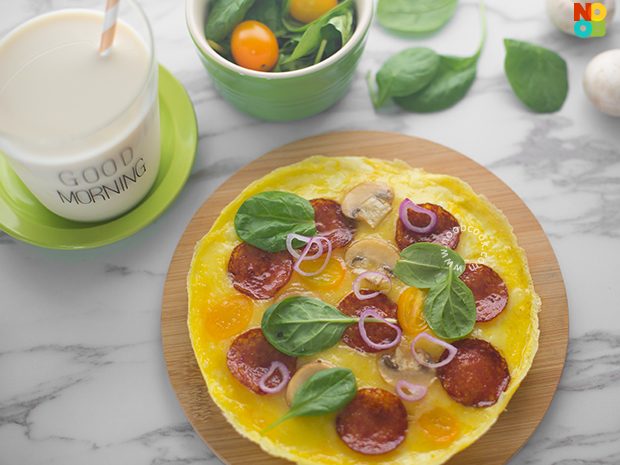 This is an open face omelette with pepperoni, cheese, button mushrooms and cherry tomatoes. I call it “pizza” since the omelette looks like one at first glance. This faux pepperoni pizza is perfect for a low-carb dish or as an appetizer. Basically I switched the pizza crust to an omelette instead. You can serve it with toast if not eating low-carb. 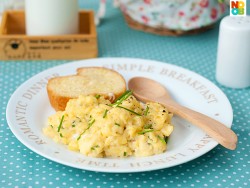 It will be even more realistic with pizza sauce (I didn’t add it since I am counting calories), so you can add it if preferred. My family said that this “pizza” is just as nice as the real thing (really? lol :O) with the soft egg base for a change. 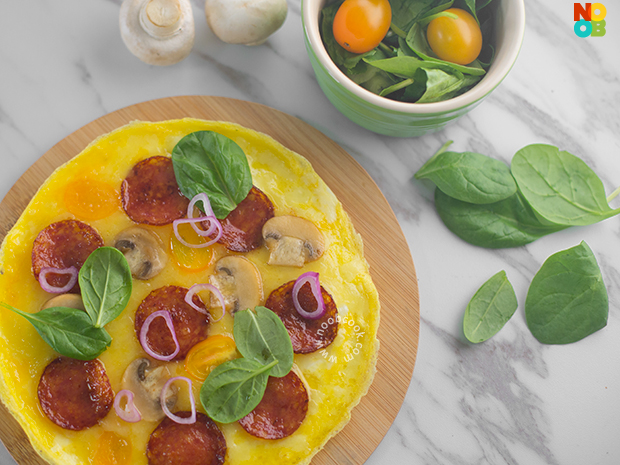 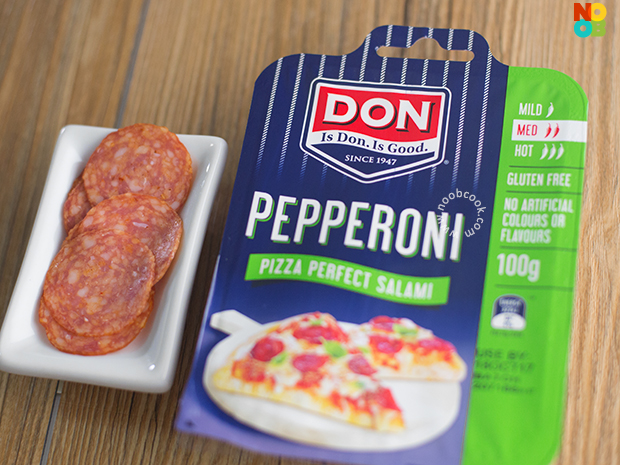 This is the pepperoni I bought which is very convenient to use. I bought it from Cold Storage (Singapore) at S$6.30. I freeze leftovers in flat freezer bags of 16 (the amount I used each time), so this packet really lasts me a long time. Because the pepperoni is salty, I did not need to season the omelette much. 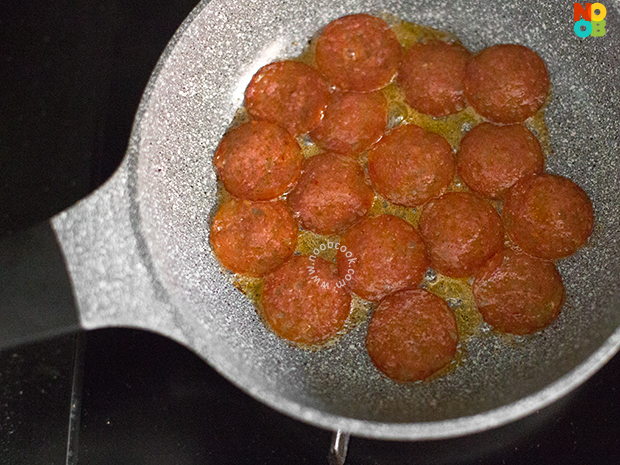 Arrange the pepperoni one layer in a non-stick pan and bring it to medium heat. There is no need to add oil, as the pepperoni slices will render out oil when heated. Pan fry them briefly on both sides. 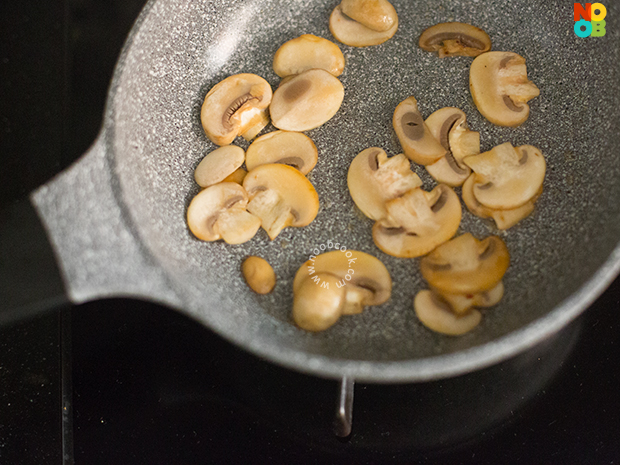 Using the oil rendered by the pepperoni, stir-fry sliced button mushrooms until softened. There is no need to season the mushrooms since the oil is already infused with pepperoni. 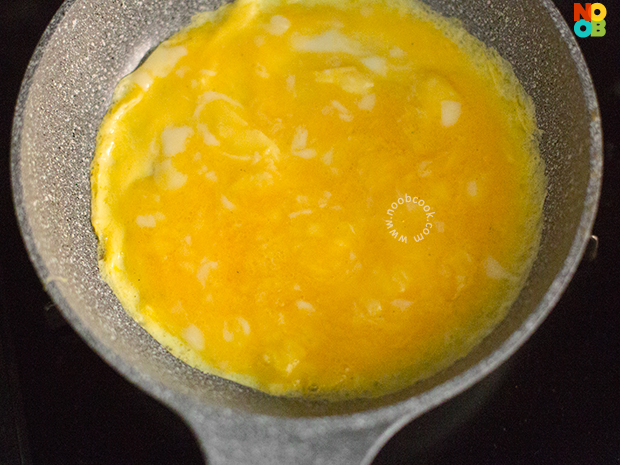 Now it’s time to make the omelette “pizza base”. I don’t have the pictures prior to this, as timing is important when making an omelette and taking pictures always ruin the egg for me >.< Pour the egg mixture into the greased pan. As the eggs set, pull edges with a spatula to draw the mixture from the sides to the centre, letting uncooked egg flow underneath. Do this until the omelette is just set with still some raw egg on top as pictured above. Turn off the stove. 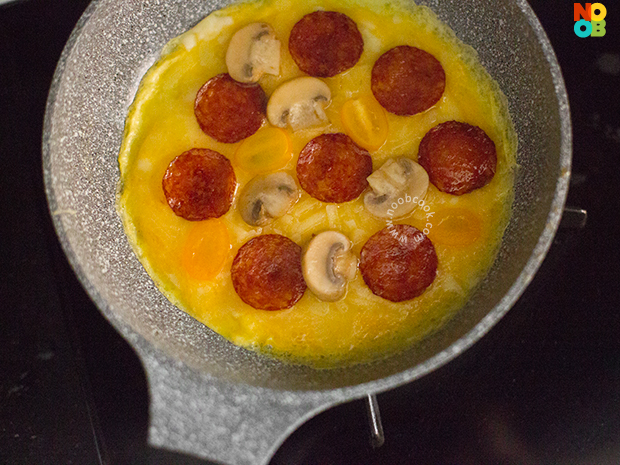 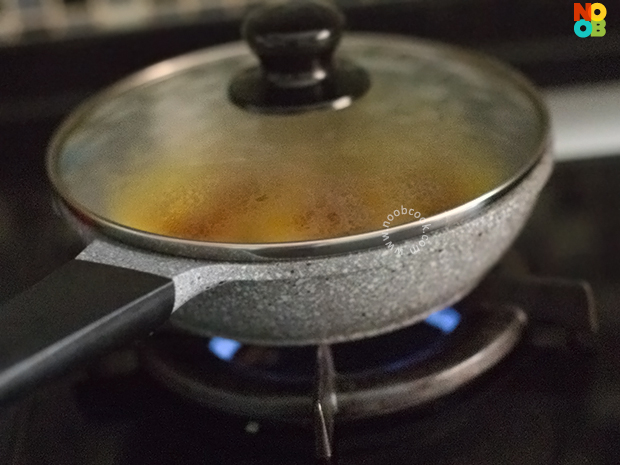 Normally one would put the “pizza” in the broiler to melt the cheese but my method is simpler. I just put the lid on, turn the heat back on and simmer for 1 minute, or until cheese is fully melted. 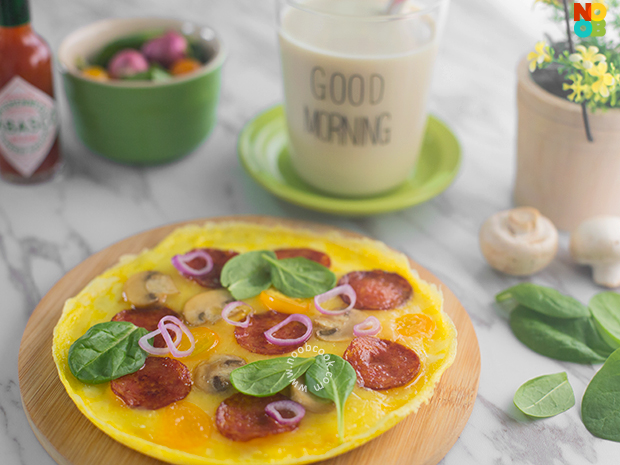