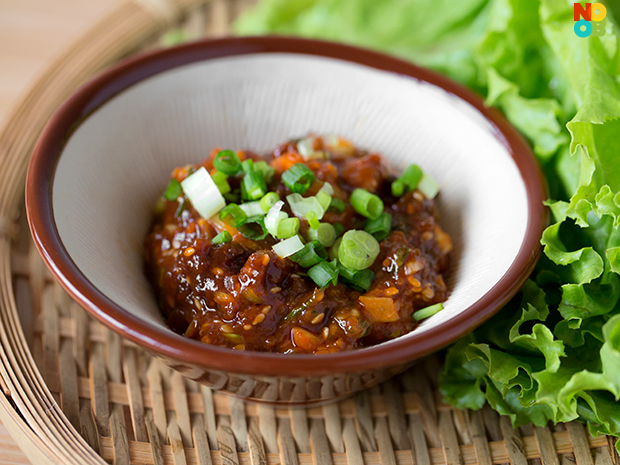 Ssamjang is a thick Korean spicy paste used for food (typically grilled meat such as bulgogi) wrapped in a leaf (such as lettuce). It is literally known as wrapping (“ssam”) sauce (“jang”).

Ready-made ssamjang is available at Korean supermarkets, but since I already have all the ingredients in my pantry, I make my own ssamjang only when needed, saving the precious fridge space from another random bottle of sauce. It’s really quick and simple too – it is non-cooking and took no more than 15 minutes to make.

The homemade ssamjang is also great because I can tweak the taste to my preference. A small dab goes well with lettuce-wrapped beef bulgogi as shown in the picture above, and it will also add loads of flavour to a simple lettuce wrap with just multi-grained rice. A million thanks to the trusty Maangchi for her ssamjang recipe which I adapted from. 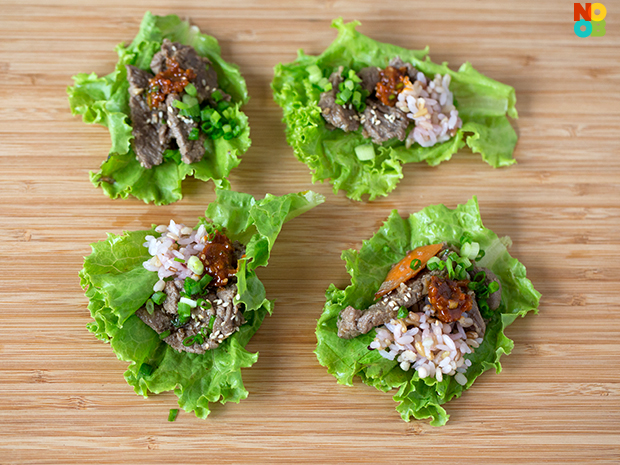