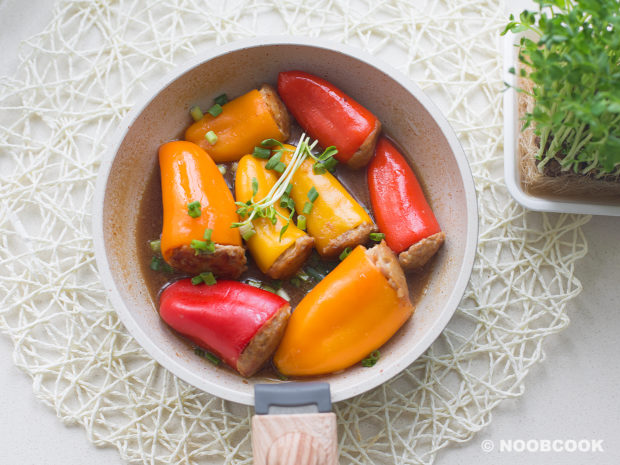 This is a recipe for simmered stuffed peppers with mince meat, cooked in a savoury sauce. It is a great side dish with rice, and also perfect for a packed lunch. 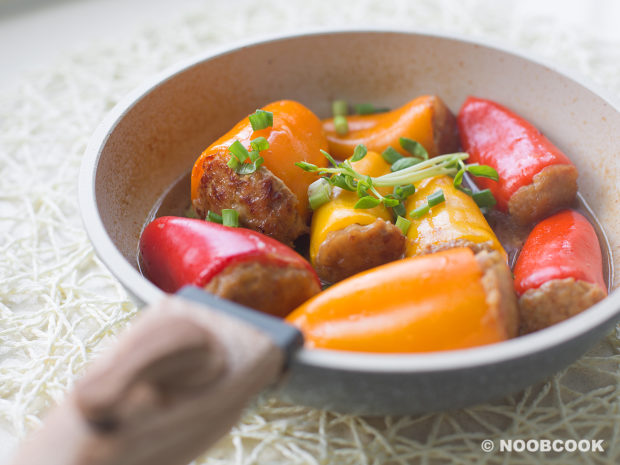 I cooked and served this dish directly in the pan. Leftovers can also be kept refrigerated for up to 3 days, making it suitable for packed lunch & meal prep. 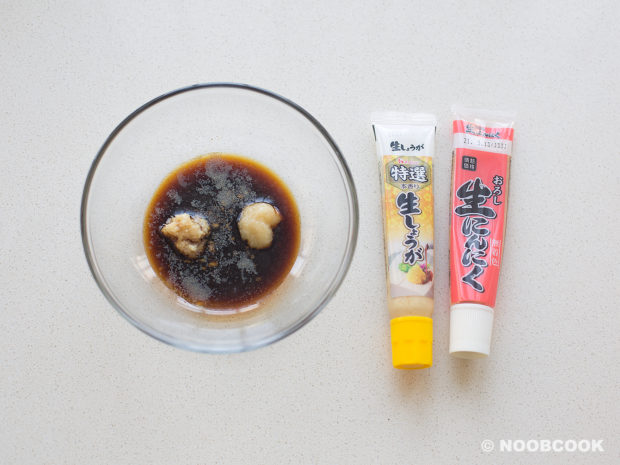 Note: The tubes are ginger paste and garlic paste. I bought them from Donki. (Recently, my new “hobby” is collecting tube pastes :p I’m use these tubes as a fast & flavourful short cut for marinating.) The tube pastes can be easily substituted with ginger juice and minced garlic. 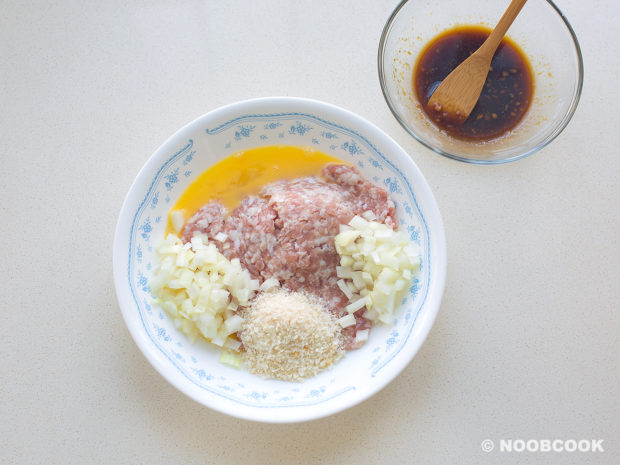 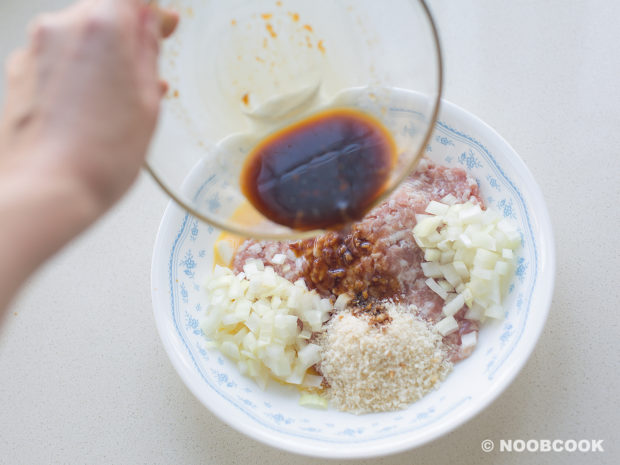 and the prepared marinade sauce … 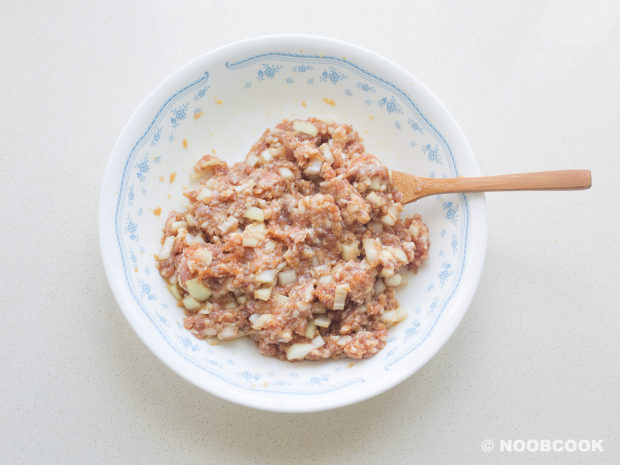 Mix well and marinate in fridge for at least 30 minutes. 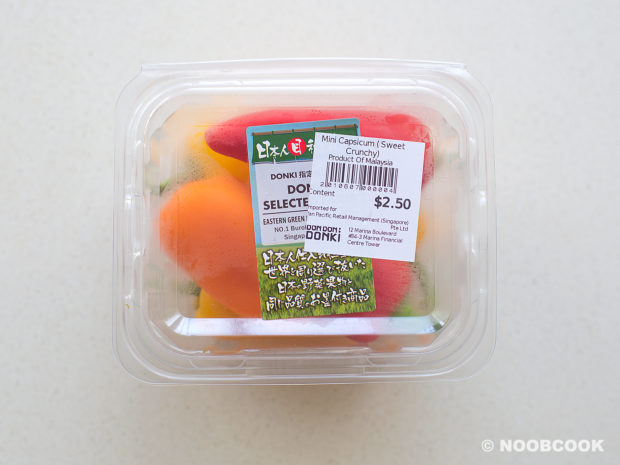 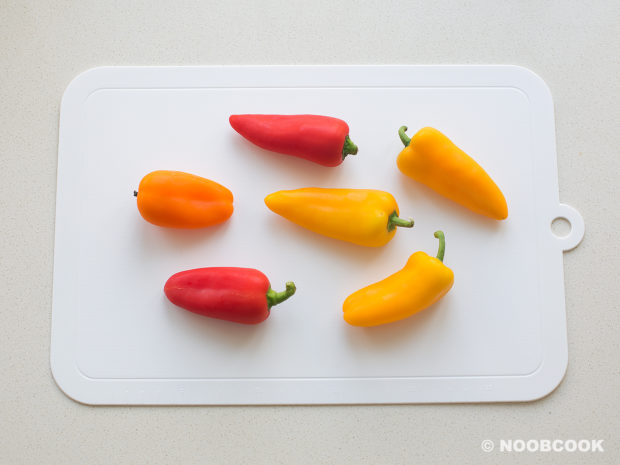 These are mini bell peppers I bought (from Donki too). They are really mini! I recommend using mini or small peppers for this recipe so that there is nice proportion of meat to the bell pepper. The smaller peppers also look prettier, and fit better in a lunch box. 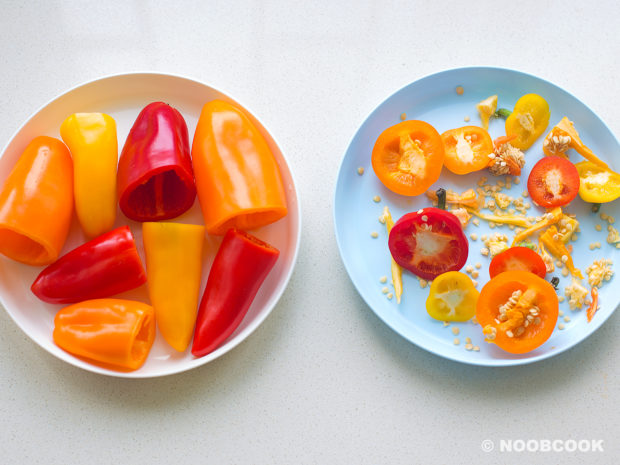 Remove the top and core of each pepper as shown above.

Note: As I ran out of mini bell peppers, I also used small bell peppers from NTUC Finest which is about double the size of the minis, but still smaller than the regular peppers. Also, personally I prefer yellow, orange and red peppers as green peppers tend to turn yellowish when cooked. 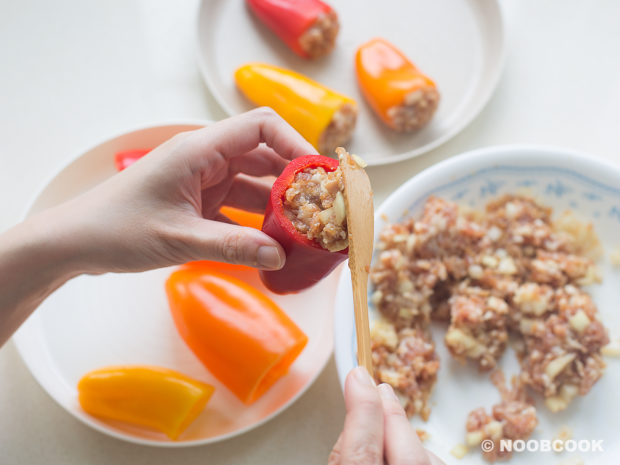 This is the part of the recipe I enjoyed the most! Stuff the marinated meat filling into each pepper tightly. You can either a small spoon or a flat spatula. 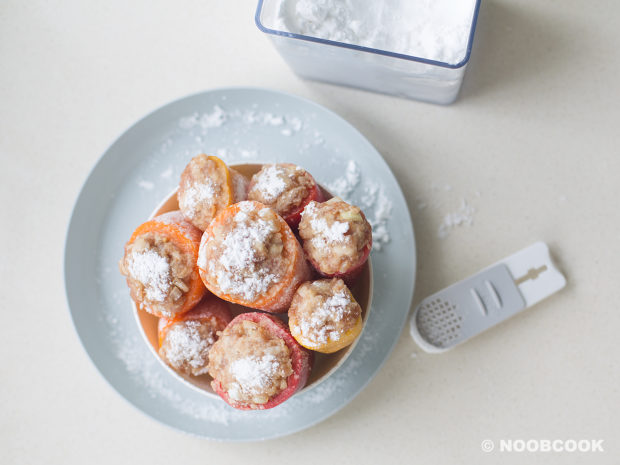 Dust the exposed meat surface with some sifted flour (any type). I’m using potato starch. This helps the meat to brown nicely later in the pan. 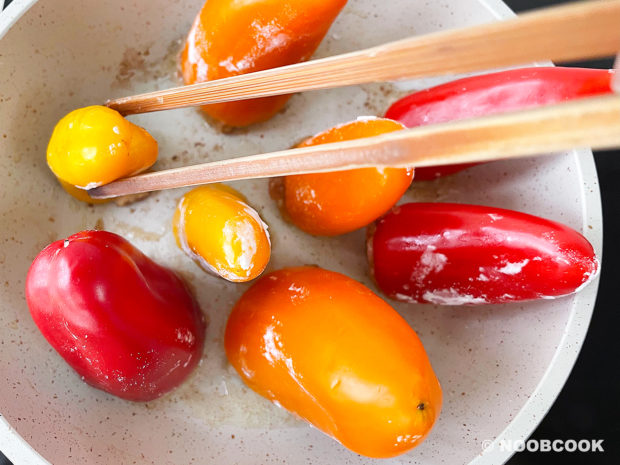 Grease a non-stick pan with oil. Sear the exposed meat area of the peppers until lightly brown. 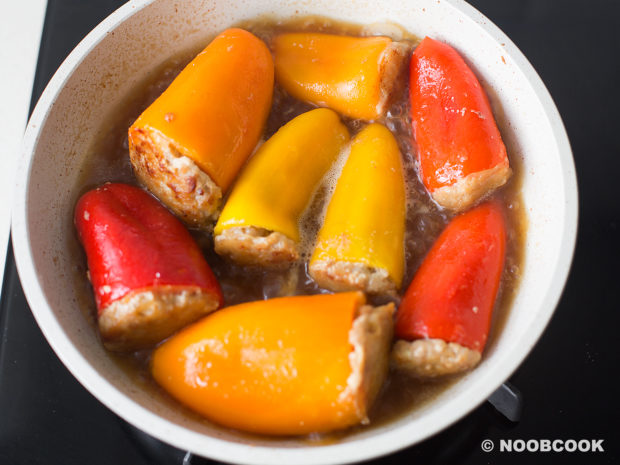 Then rest the peppers on the side, add sauce, cover with lid and simmer for a few minutes.

Simmer until the sauce is much reduced, thickened and syrupy. Garnish & serve. 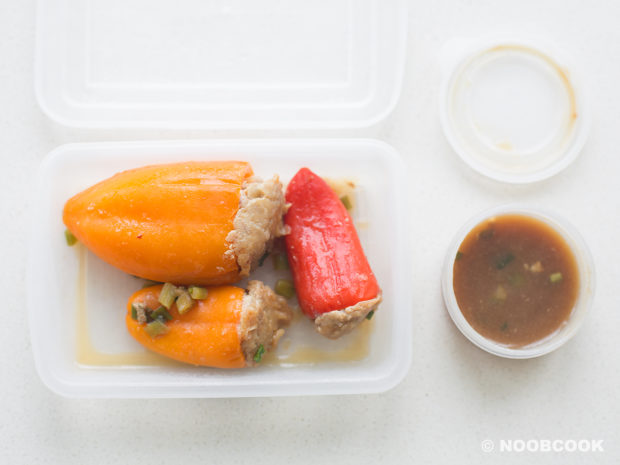 If there are leftovers, keep the stuffed peppers separate from the sauce before refrigerating.