Due to a lack of creativity, I named this recipe “Bento: Bacon, Pea Shoots, Egg, Gyoza & Pasta”.  I used whatever ingredients I have in the kitchen for this bento because  it’s a great way to clear the fridge :P Most of the ingredients used were frozen – basically all the veggies other than a tray of fresh pea shoots, bacon, ham and gyoza. 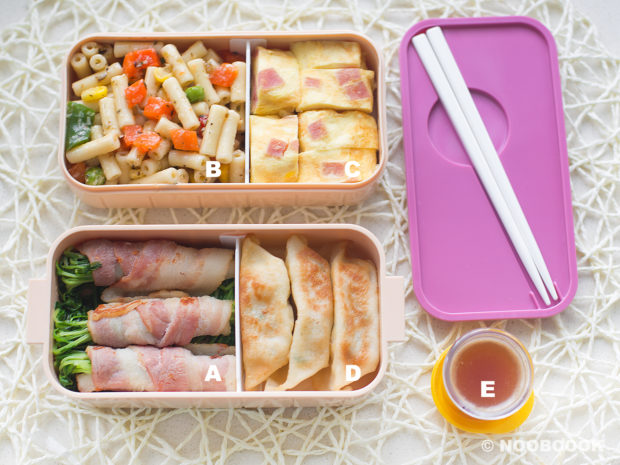 This lunch box is made up of: 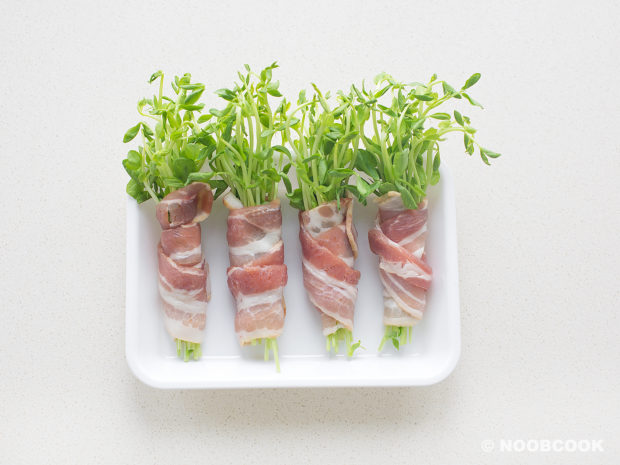 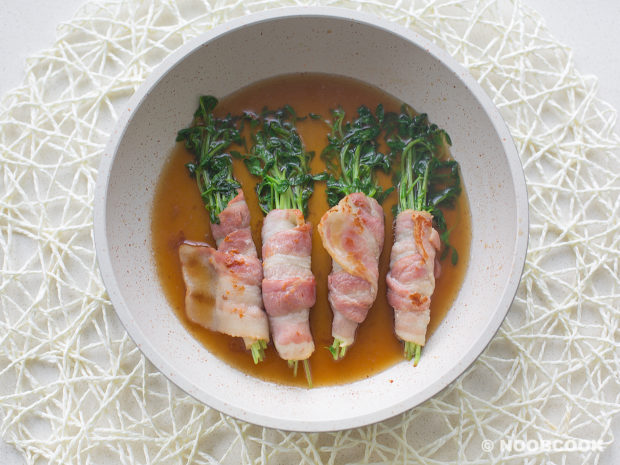 To make them, wrap a bunch of pea shoots stems with a slice of streaky bacon. Sear the bacon wraps in a pan until lightly cooked all-around, then simmer the wraps in a savoury sauce for a few minutes. When done, run the sauce through a sieve so that it is particle-free. I separate the bacon wraps and sauce so that it keeps better in a lunchbox. The sauce can also double up as a dip for the tamagoyaki & gyoza.

Note: I’m only making four bacon wraps because that’s all the bacon I had in the freezer. On a day where I am not lazy to go out for grocery shopping, I’ll make at least double the amount of bacon wraps. I’ll make a more detailed photo recipe for these bacon wraps soon. 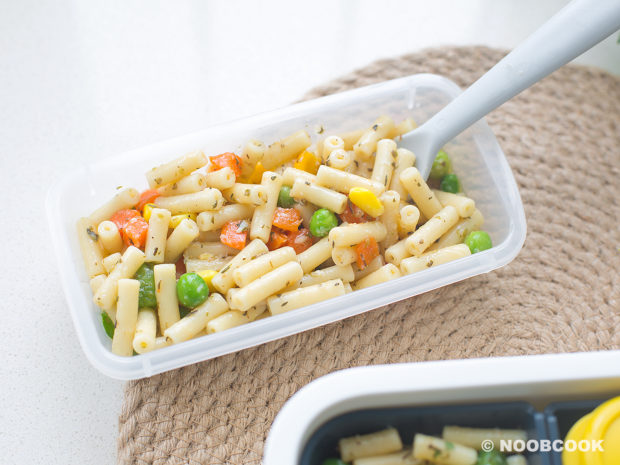 This pasta is made using my Italian garden pasta recipe.  The veggies I used this time were frozen vegetables (carrot, pea, corn & bell pepper). This pasta can be made 2 days in advance; in fact this was the leftovers from the previous day. The pasta sauce is a tangy Italian vinaigrette dressing. I like this pasta in a bento as it keeps relatively well for a few hours without refrigerating. But it is best to keep it in the fridge, if it is available in your office pantry. 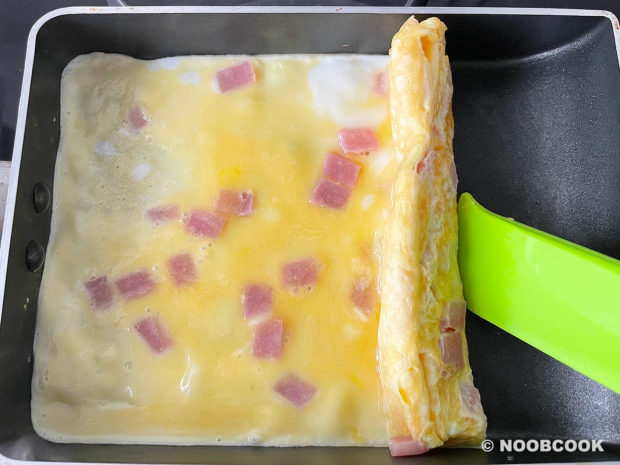 I have been making tamagoyaki (Japanese egg roll) frequently recently. You can check out the step-by-step photos on how to fold the egg roll in my recent pea shoots tamagoyaki recipe. 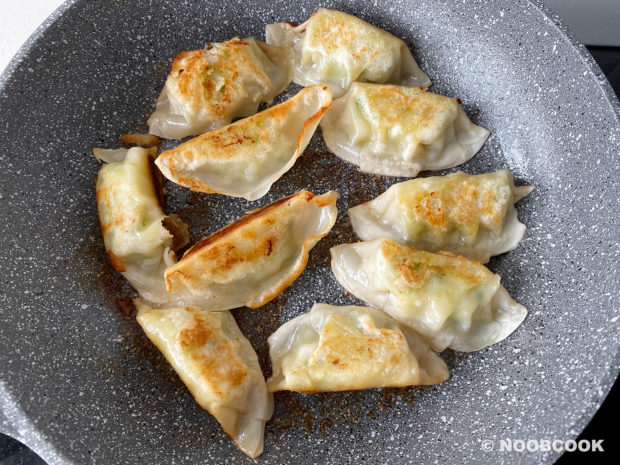 Supermarket gyoza is a huge convenience as they can be cooked from frozen without thawing. Leftovers also keep well in the fridge for at least 3 days. The gyoza can be eaten cold or warmed. It’s no wonder that the gyoza are so popular in Japanese bento. 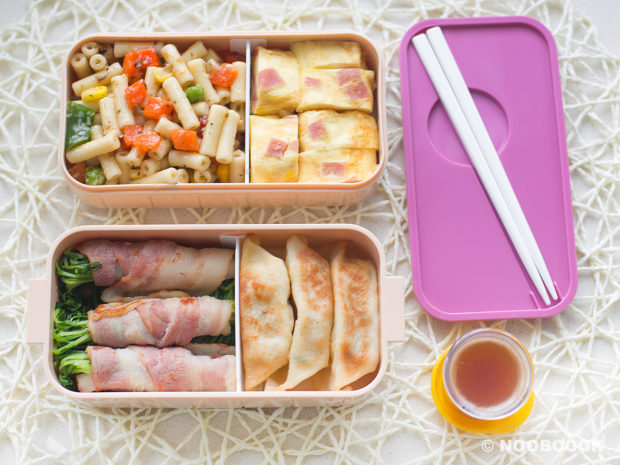 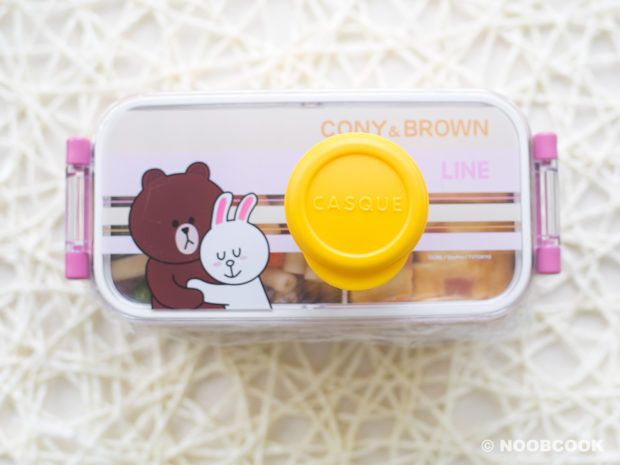 Pack everything into the lunch box with a sauce bottle at the side. I’m using a double layer 15x7cm lunch box.