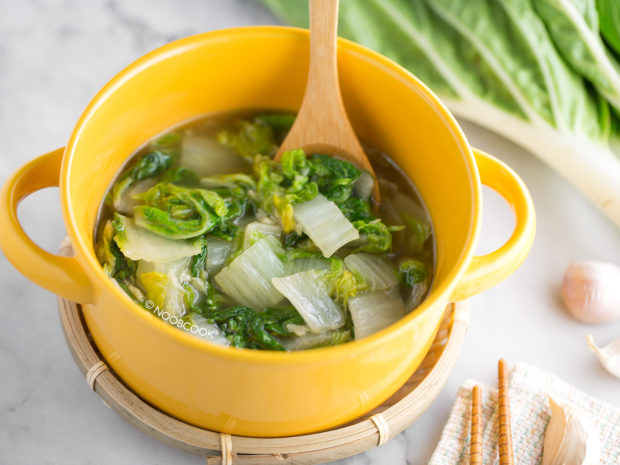 This is a Chinese vegetables side dish of local endives. The variety of endives I used for this recipe is labelled as “pa bo chye” at the supermarket. The Chinese words for it is “皇白菜”. There are many similar varieties of local endives which you can use in place of this variety, such as “九白菜”, “王白菜” & “贸白菜”. I’m quite confused by all the various names & varieties of local endives. I can’t identify all the various variety by taste or without a label. So in my mind, I just labelled all of them as “endives” since the cooking method is the same :P 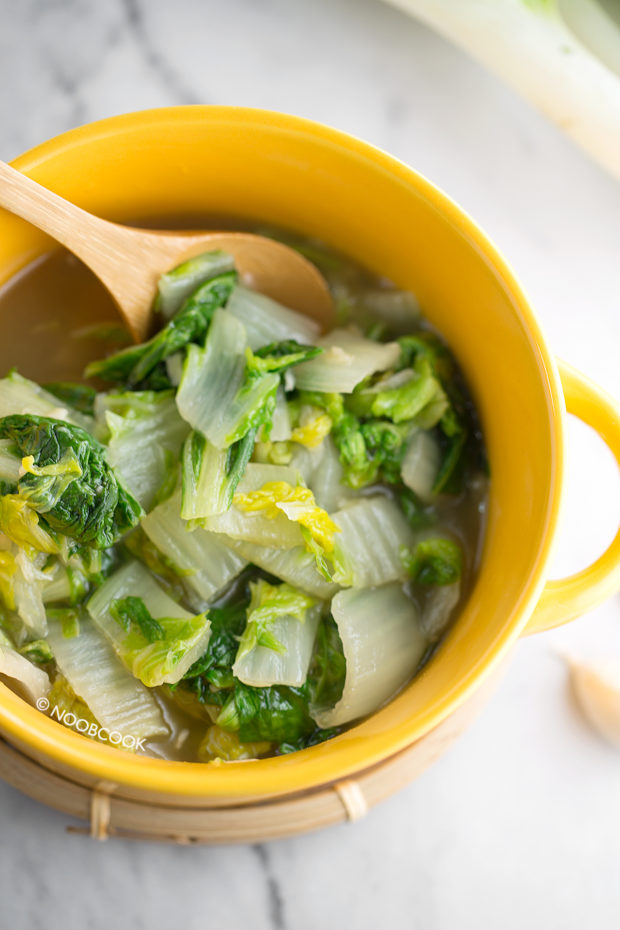 I call this a “soupy stir-fry”. My method of cooking is first stir frying the stems and garlic, then simmering the leafy greens. So in this recipe, there is no need to worry about the lack of wok hei. After cooking, the stems are tender and there is some mushroom broth to enjoy as well.

How to Cut Endives 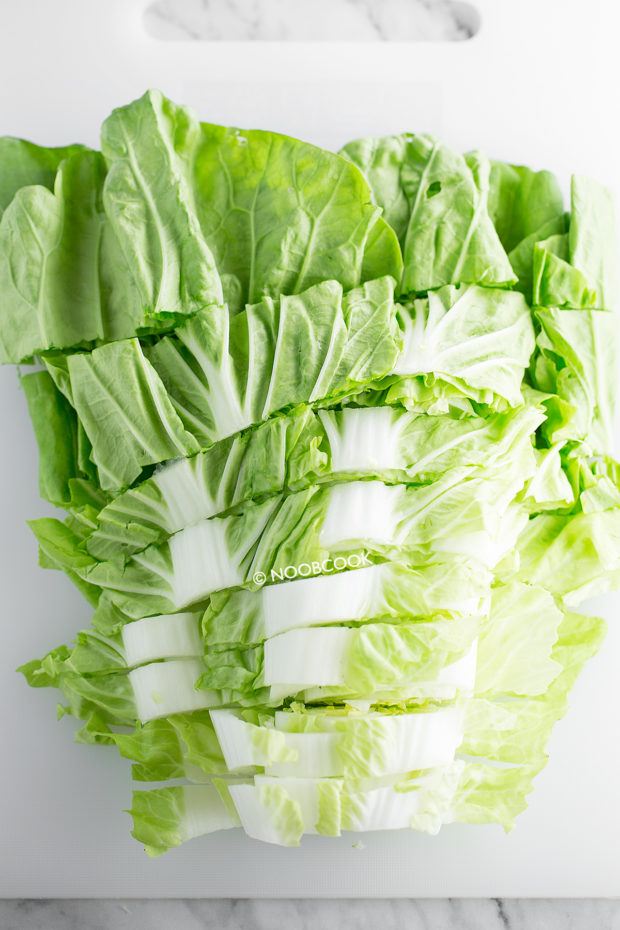 I like Chinese endives for the ease of preparation. Unlike some veggies such as Chinese spinach, it does not have fibrous stems which require the strings at the stems to be pulled and discarded. Just lay the endives flat on a chopping board. Then cut them horizontally to equal short sections. 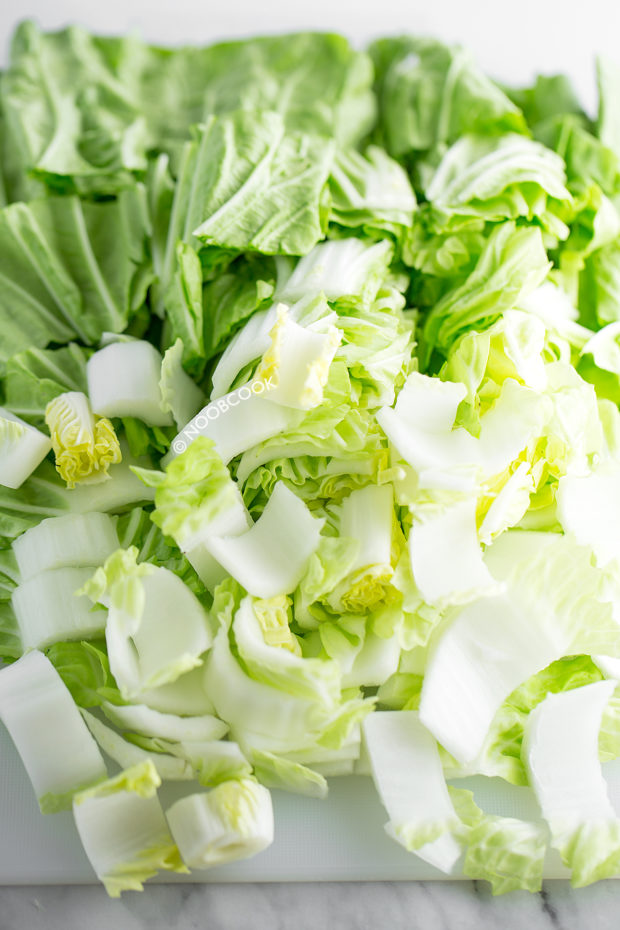 After that, make a few cuts vertically to cut the endives to shorter sections. I always see Teppanyaki chefs cut endives this way so this is a copied method.