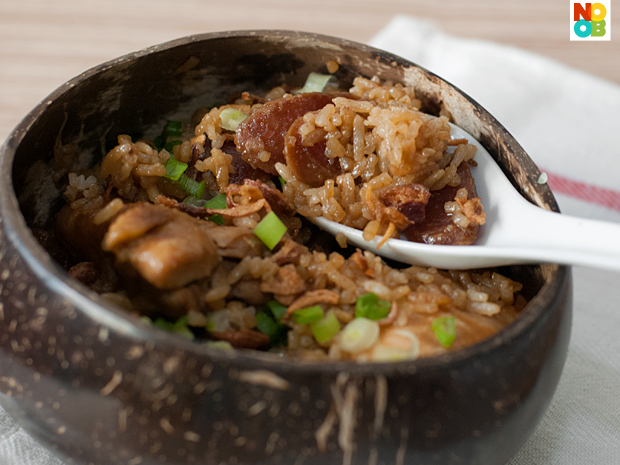 This recipe is one of my mum’s 拿手好菜 (specialty) when I was a kid. She basically dump the chicken and lup cheong to cook with the rice in a rice cooker and you have a super yummy one-dish-meal quite effortlessly. This is also the “claypot-less” way to make claypot chicken rice – with a rice cooker. 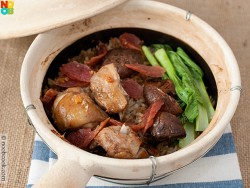 Like all my mum’s recipes, they are quite straightforward and need minimal ingredients – in this case, just chicken, lup cheong and common Asian pantry stuff like soy sauce, ginger and oyster sauce. 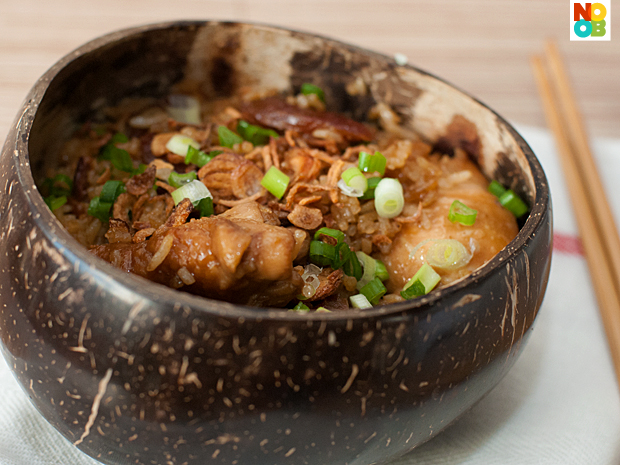 I’ve wanted to cook this for a very long time but according to my mum, I couldn’t do it with my previous rice cooker because the rice cooked too fast. Yes, my previous rice cooker was an el cheapo, S$30 basic keep warm/cook type which cooks rice in about 10 minutes flat! Really love it but unfortunately, it wasn’t built to last. The thermostat malfunctioned after a few months and after the second one broke down, I decided it was time to look for a more durable rice cooker. I finally settled on a rather high tech (neuro fuzzy), made-in-Japan zujiroshi rice cooker. The rice cooks perfectly and the rice at the base of the pot do not dry up even after keeping warm for a few hours. The only flip side is, it takes like 30 minutes to cook the rice! Well, at least, I consoled myself, I can now cook this dish which I have missed eating for some time.