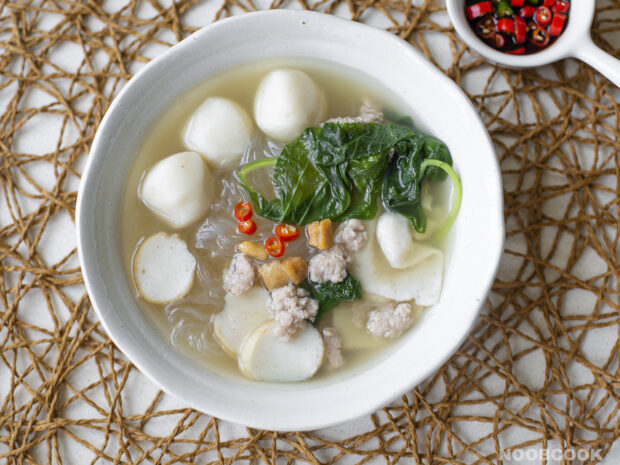 This is a no-fuss and simple recipe for Teochew fish ball noodle soup. Instead of making it bowl by bowl, I made a big pot of fish ball soup on Saturday morning, so that it is effortless to make custom bowls of various fish ball noodles anytime later in the day.”Teochew” is not empasizing on the authenticity but to distinguish the fish ball noodles with only (and many) fishballs, vs the Teochew style of fish ball noodles that is served with various other ingredients such as a pork ball, fish dumpling and sliced fish cake, like you see in this recipe. 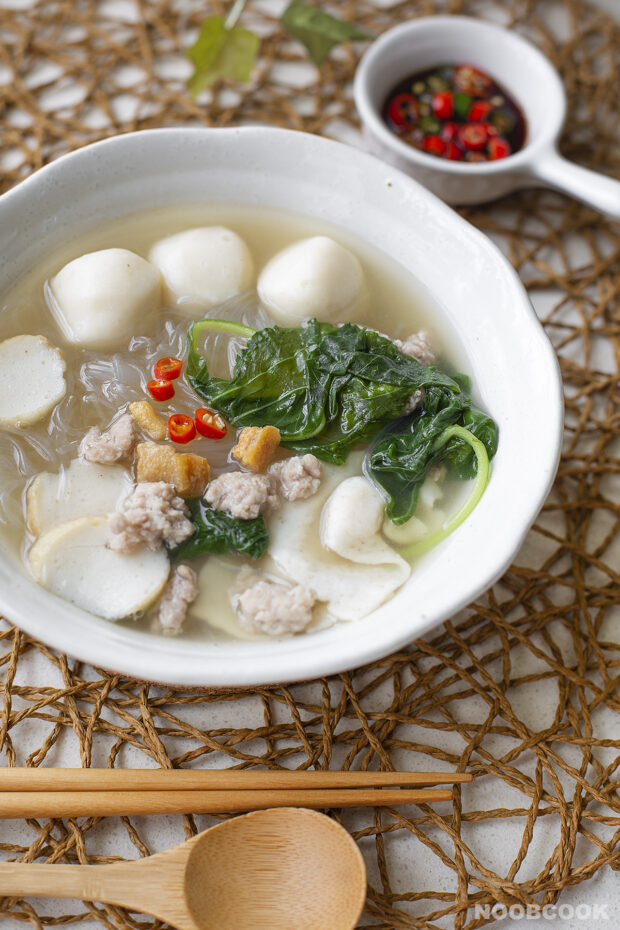 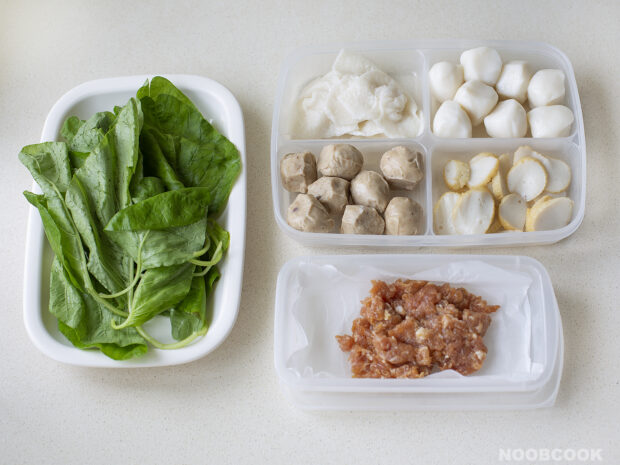 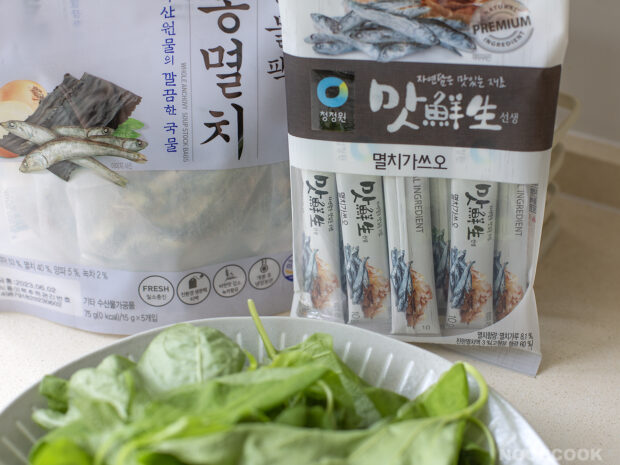 For the soup base, I am using an all-natural anchovy-based soup powder which is convenient and tastes really good. I bought it from a Korean supermarket. You can use any short-cut soup stock (instant anchovy soup pouch, soup bouillon, tetra-pak chicken stock etc) or use homemade anchovy broth (Korean or local style) that is made from scratch. 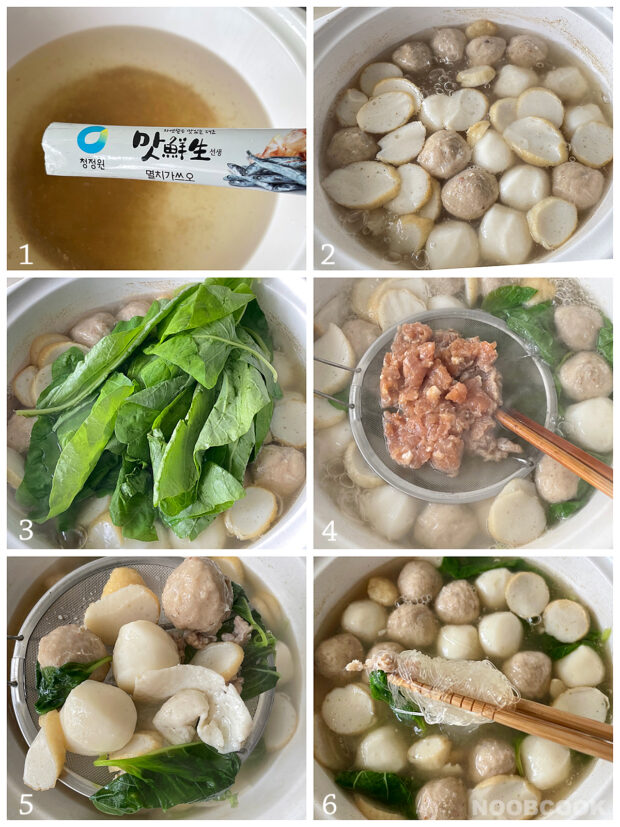 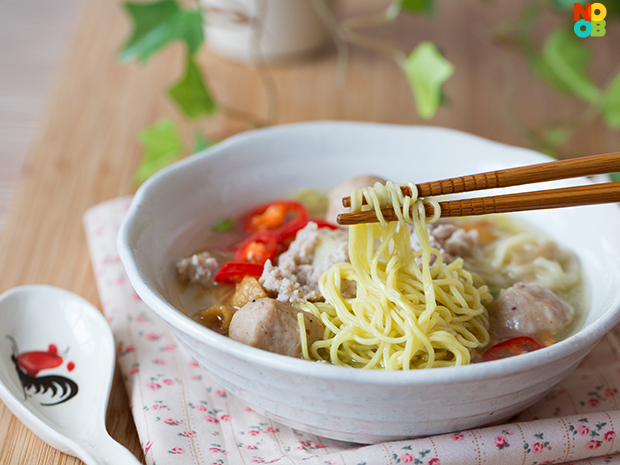