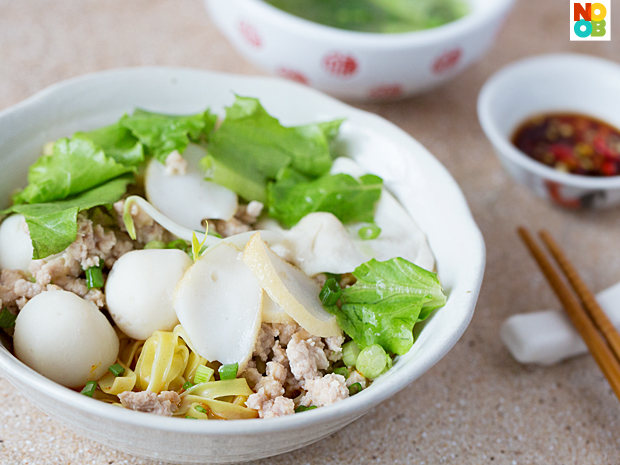 One of the most popular hawker dish in Singapore has to be the humble dry mee pok noodles (“mee pok tah”/面薄干) . I love mee pok so much, I wish to eat it everyday if I am not on a low-carb diet >_<. “Mee pok” are flat egg noodles, which I liken as the Asian equivalent of linguine, but better (in my biased opinion). You can cook this with “mee kia” (a thinner version of mee pok) as well. If you are in the mood for a soupy dish instead, check out the bak chor mee soup recipe.

With the minced meat, this is also one of the popular variants of bak chor mee (minced meat noodles/肉脞面), with the other one usually served with mee kia, braised mushrooms, pork slices & pork liver. When I serve my family this bowl of dry fish ball mee pok (鱼圆肉脞面), the first verdict was “amazing, looks like!” followed by “taste like!” so that made me really happy :p 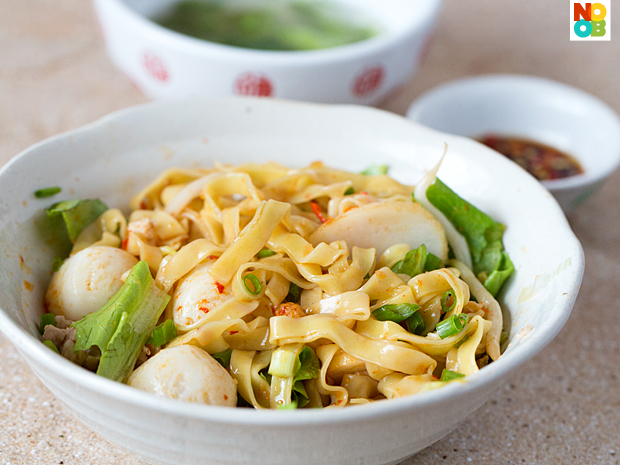 Before eating, remember to mix the noodles well to coat everything with the sauce. Delicious….! 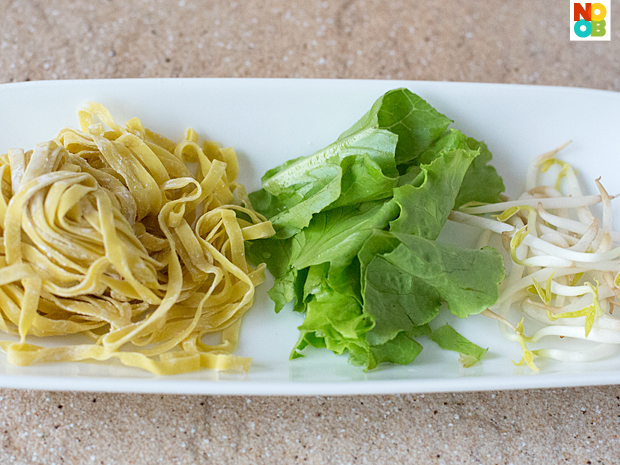 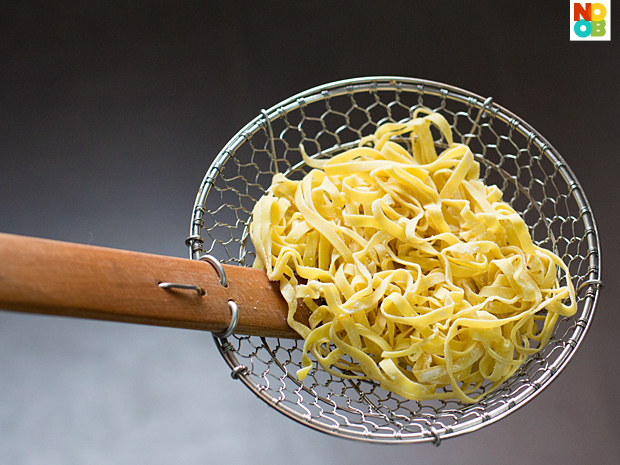 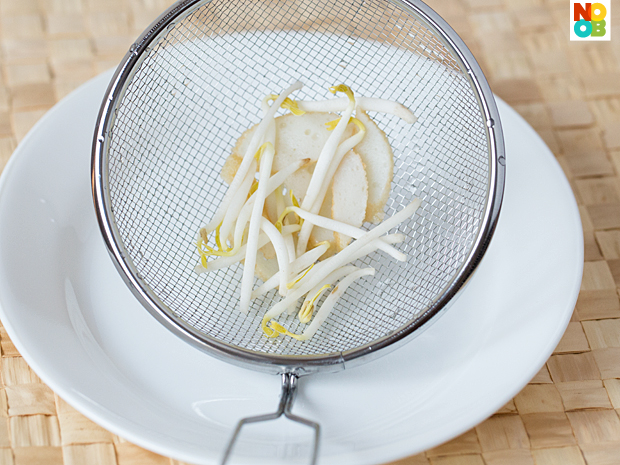 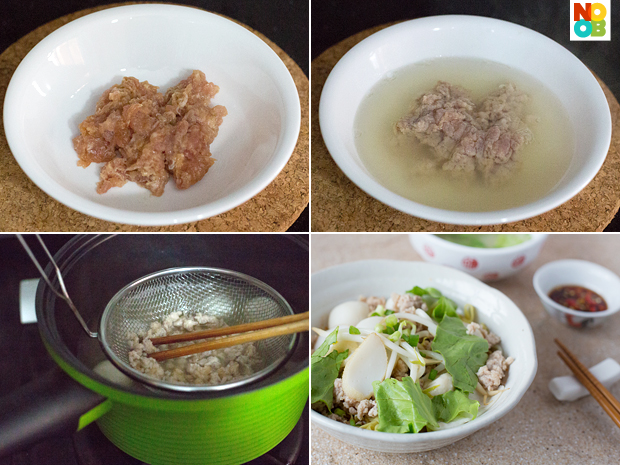 Whenever I queue at fish ball noodles and bak chor mee (minced meat noodles) stalls, I love to watch the hawker in action and that is where I learnt the steps of cooking this Singapore dish. Some hawkers do an extra step of ladling hot stock over the bowl of marinated pork for a short few minutes before actually cooking the minced meat in the pot. I later discovered through my own kitchen experiments that this little extra step keeps the minced meat very tender and not clumpy after cooking – don’t skip it!