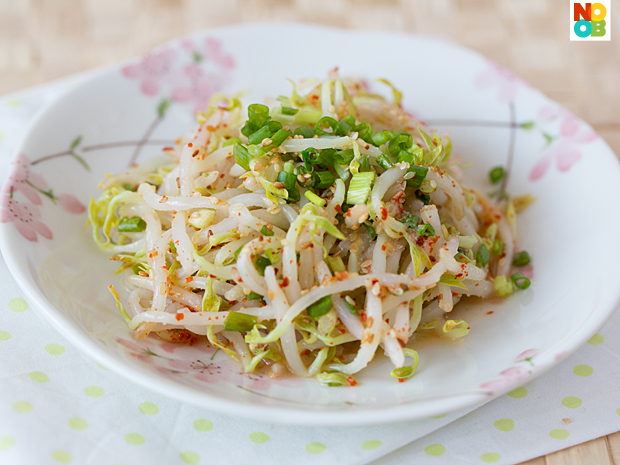 Whenever I buy a packet of bean sprouts for cooking noodles, I usually can’t finish an entire packet. As bean sprouts perish quickly, this 10-minute Korean sesame-seasoned bean sprouts (Sukju Namul Muchim) is my to-go dish to use up the bean sprouts while they are still fresh.

This recipe is actually a Korean banchan (side dish), and the sprouts were cooked only a minute in boiling water before seasoning. According to my family, these sprouts taste nicely cooked (not too raw or overcooked), sweet, crisp and juicy. The small packet of sprouts I usually buy (about 200 grams) cost only 20 cents at the wet market. So I would say this dish is also very cheap to make! Try this recipe next time you have leftover bean sprouts! 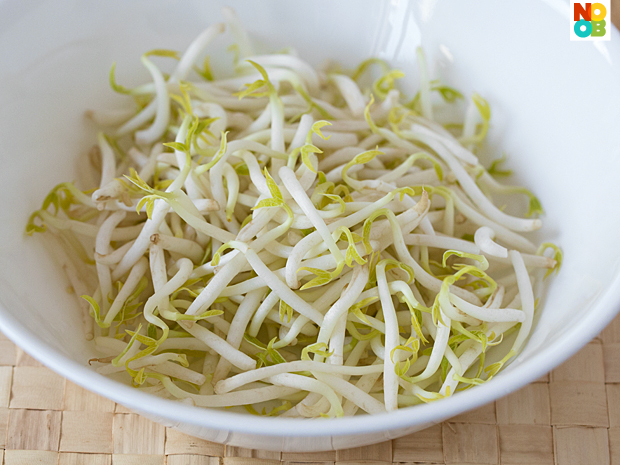 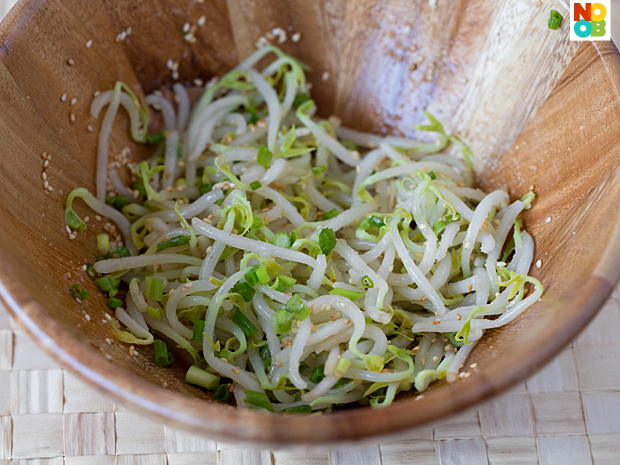 Toss the blanched bean sprouts in a simple sauce before serving. 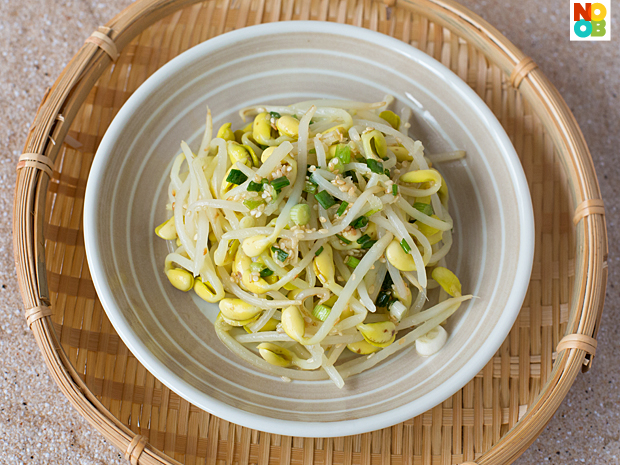 Instead of bean sprouts, you can also use soy bean sprouts (with a bigger head and with a rawer sprout taste) to make soya bean sprout salad (Kongnamul Muchim; pictured above).