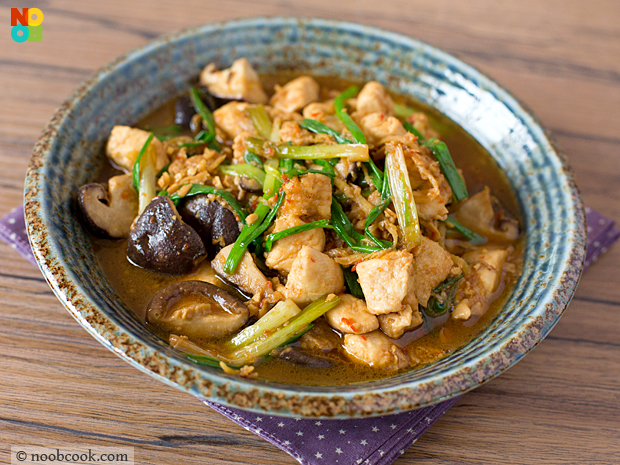 Taucheo (豆酱) is soy bean paste which is popular ingredient in Chinese cooking, and a staple in my pantry. When I posted taucheo pork recipe, someone asked if the pork can be replaced with chicken and the answer is yes!

This taucheo chicken stir-fry is cooked with my mother‘s taucheo chilli sauce – a simple recipe made of only 3 ingredients namely taucheo, chilli padi and garlic. So far, this chilli blend has been really reliable and works for me every time. If you prefer a milder taste without taucheo, check out the classic stir-fry chicken with ginger and scallions. 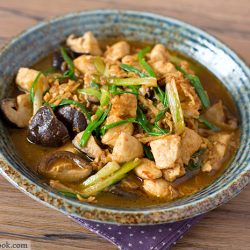