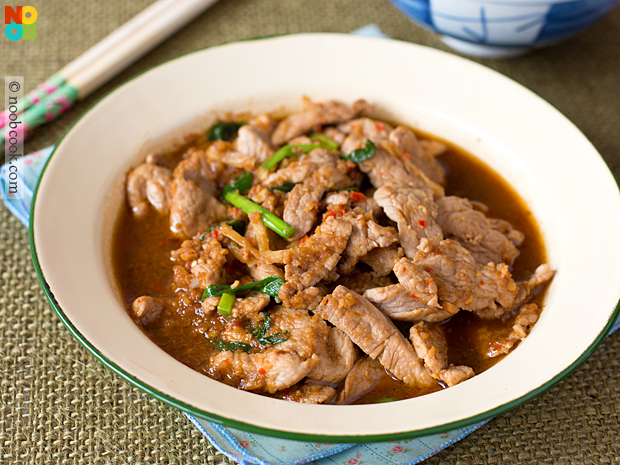 Taucheo is soy bean paste which is popular ingredient in Chinese cooking, and a staple in my pantry. I love my mother‘s taucheo chilli sauce – a simple recipe made of only 3 ingredients namely taucheo, chilli padi and garlic.

My mother’s specialities using this taucheo chilli paste include steamed flower crabs and claypot yong tau foo. I have a theory that anything cooked in this taucheo chilli paste will be delicious and I used this sauce for cooking a dish which I am very familiar with: stir-fried pork with ginger and scallions. The result was so good, with the perfect balance of savouriness and spiciness, that spicy taucheo pork (豆酱猪肉) has now become a regular dish on our dinner table. 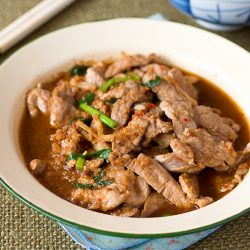