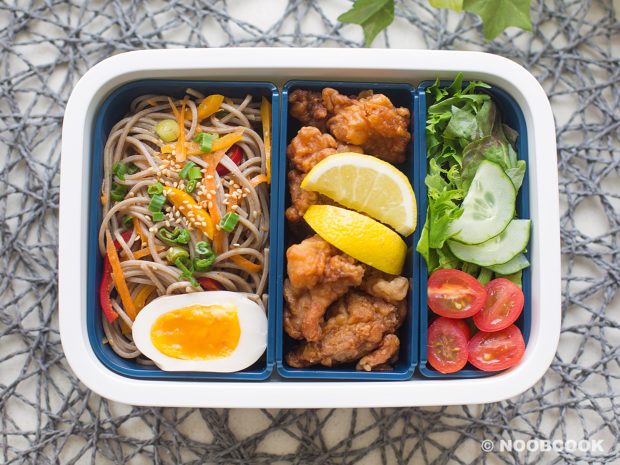 This sesame soba karaage lunch box recipe is fast, simple & satisfying. There is everything you need in a packed lunch: carb (soba noodles), meat (chicken), egg and salad greens. 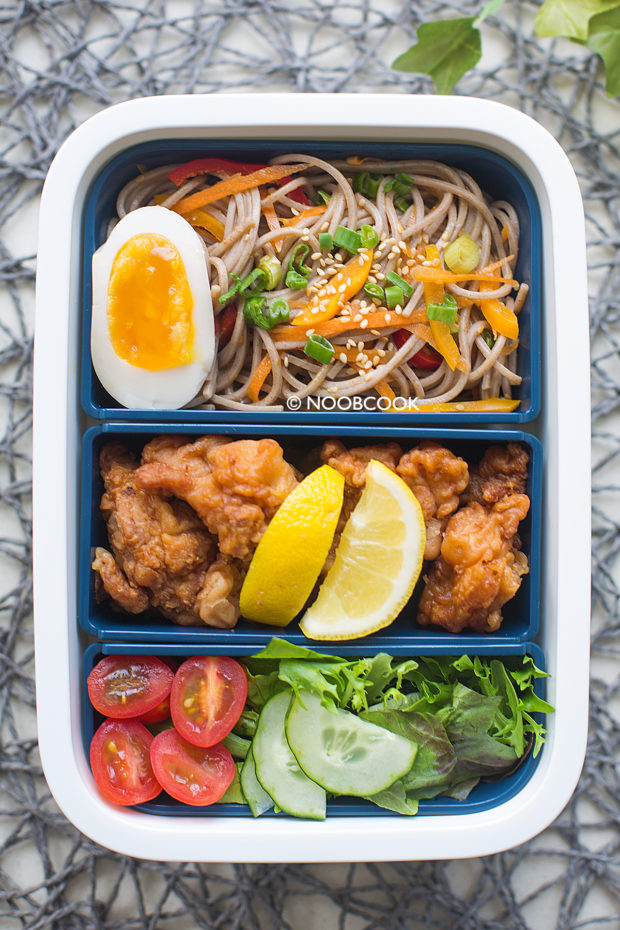 What’s in my lunch box: 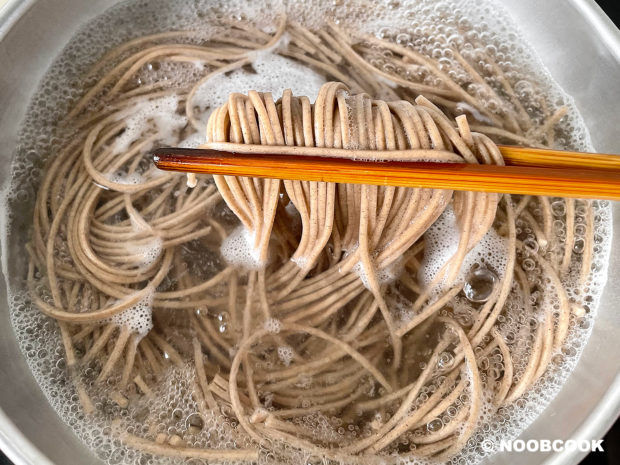 Cook soba noodles in boiling water, then drain the soba in a colander and cool the noodles under running tap water. Don’t discard the soba cooking water yet. 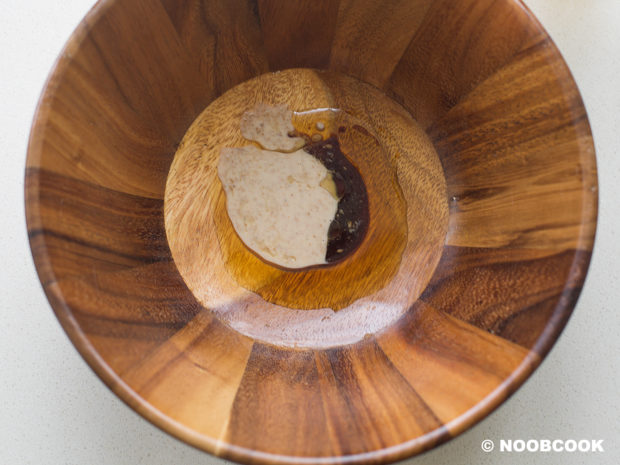 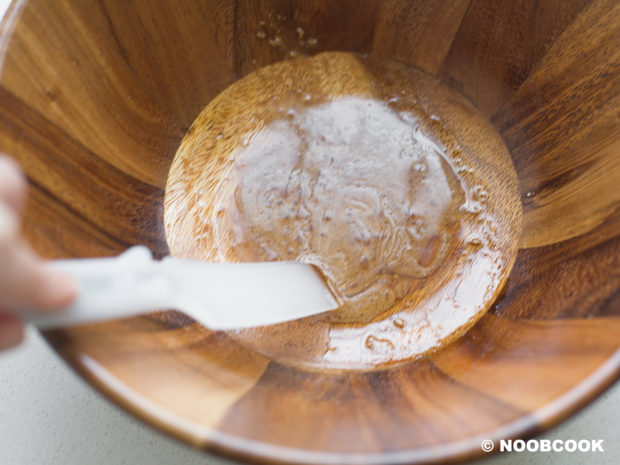 In a large bowl, add Japanese goma salad dressing, soy sauce and sesame oil. Mix it up with a spatula. 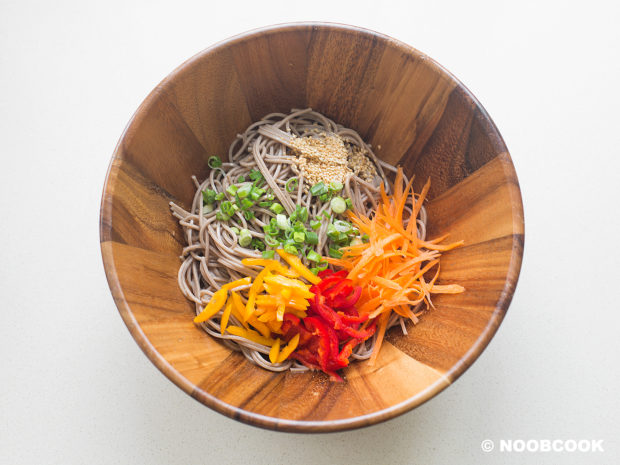 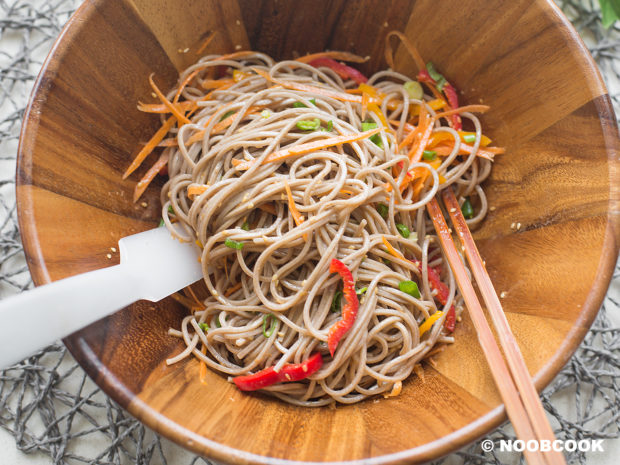 Mix the noodles well, adding some soba cooking water to bind everything together. Season the soba to taste with garlic salt & pepper. This soba noodles can be enjoyed at room temperature or chilled in the fridge.

Assemble the bento – I’m using an Ikea 365+ 1-litre lunch box. This lunch box keeps well at room temperature for half a day. Warm up the chicken karaage in the microwave before eating.