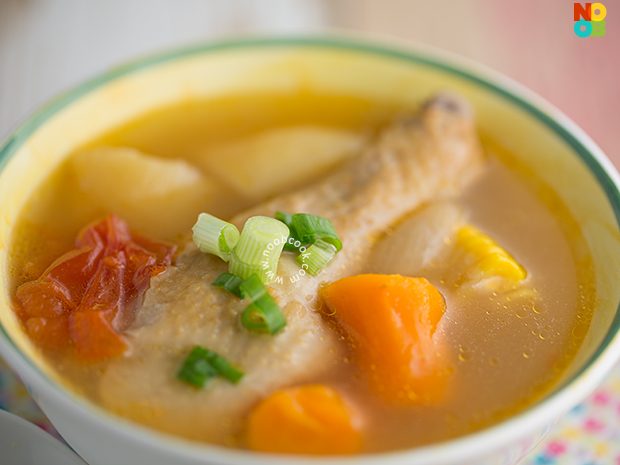 “A for A-nion, B for B-otato, C for C-arrot”. I love how one reader creatively explain the origins of the name for “ABC” soup, a popular home-cooked Chinese soup in Singapore & Malaysia. My bowl of ABC soup (aka “luo song tang” 罗宋汤 in Chinese) is simmered with chicken, potato, onion, carrot, celery, sweet corn and tomato. I sometimes cook ABC soup with pork ribs instead of chicken (then it will be “A – Ang Mo Kio (Tomato), B – Bak Kut (pork ribs), C – Carrot” lol). With the current cooler rainy season though, making this soup with chicken instead of pork just makes it extra nourishing and comforting. 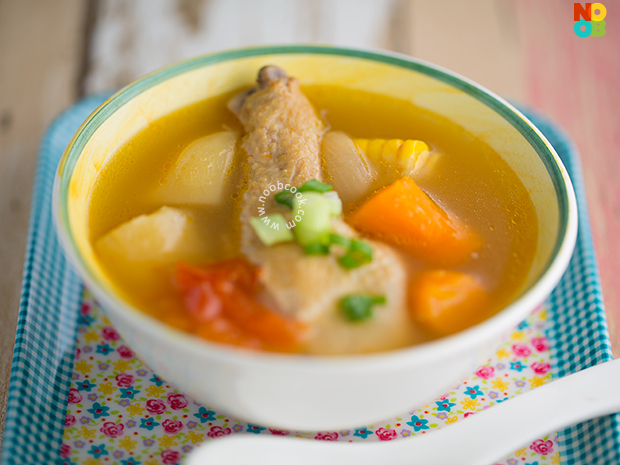 After hours of simmering in the slow cooker, the soup is really concentrated …. 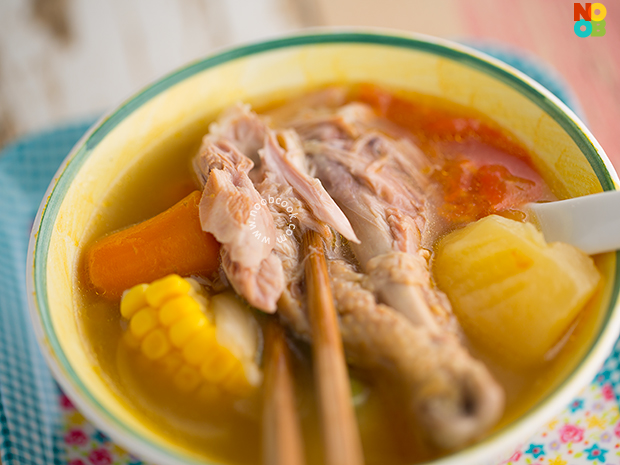 … & the chicken meat fell off the bone instantly when touched with chopsticks. 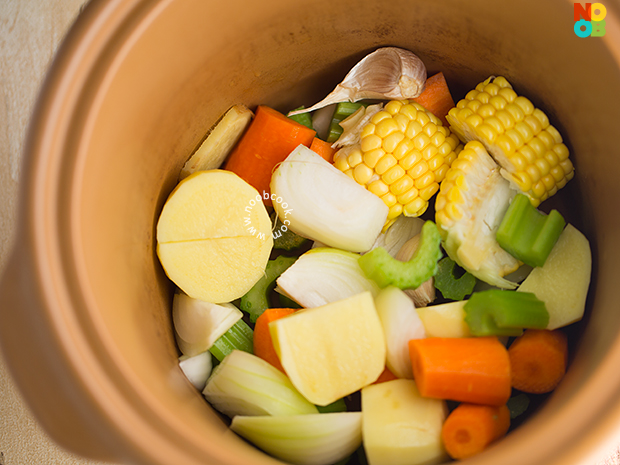 Every family has their own special recipe and combination of ingredients for ABC soup.  Some people add red dates and dried scallops which I don’t. I always add celery to mine which is not too common. My pot of vegetables typically consists of (pictured above) onion, potato, carrot, sweet corn, celery, garlic and ginger. Tomato is only added during the last 10 minutes of cooking, otherwise they will disintegrate to bits. I don’t add a lot of sweet corn to my ABC soup because I don’t want it to taste like “jagong” corn soup (which is another popular local homely Chinese soup). Just a few pieces of corn on the cob to help sweeten up the soup will do. With this base of vegetables, you can simmer it with chicken (this recipe), pork or a mixture of both. The kitchen is always filled with a wonderful aroma when the soup is simmering away.