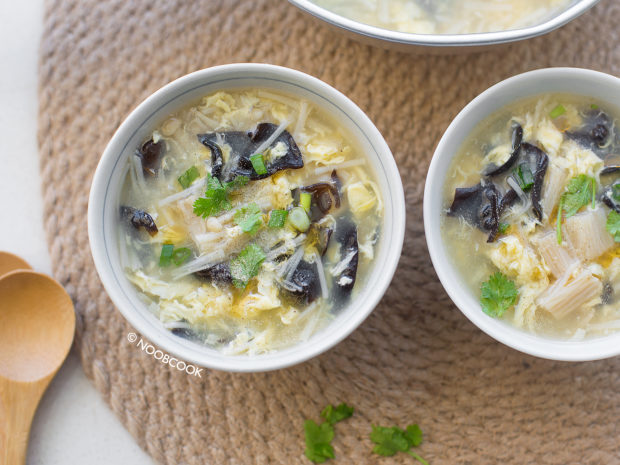 In this enoki & black fungus egg drop soup (金针菇木耳蛋花汤), the enoki provides healthy fiber while the black fungus gave a crunchy bite to every spoonful of soup. The silky egg ‘flowers’ provided extra nutrition and aesthetics to the soup. I had the entire pot of soup all to myself as a low-carb lunch (yes, I am still doing the one low-carb meal a day thing). 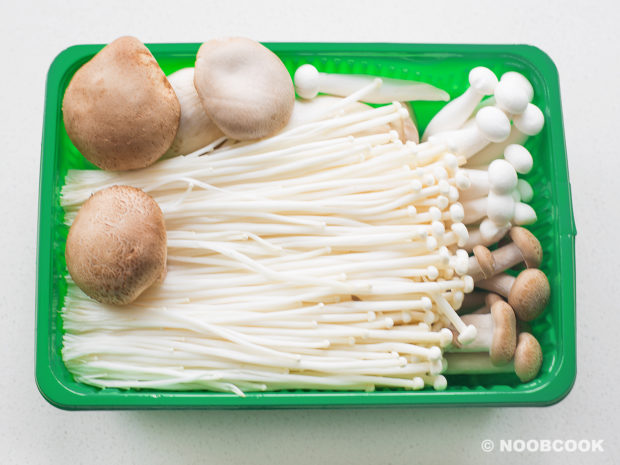 I bought a value-for-money (only S$2.18!) mixed mushroom pack (pic above) at the supermarket, and it contains a nice bundle of enoki mushroom inside which I used to make this soup. Coupled with some leftover soaked black fungus from making stir-fry chicken & black fungus, the duo enoki + fungus gives a nice contrast in colour and texture.  The soup turned out really nice. And best of all, it takes only less than 10 minutes of stove action. 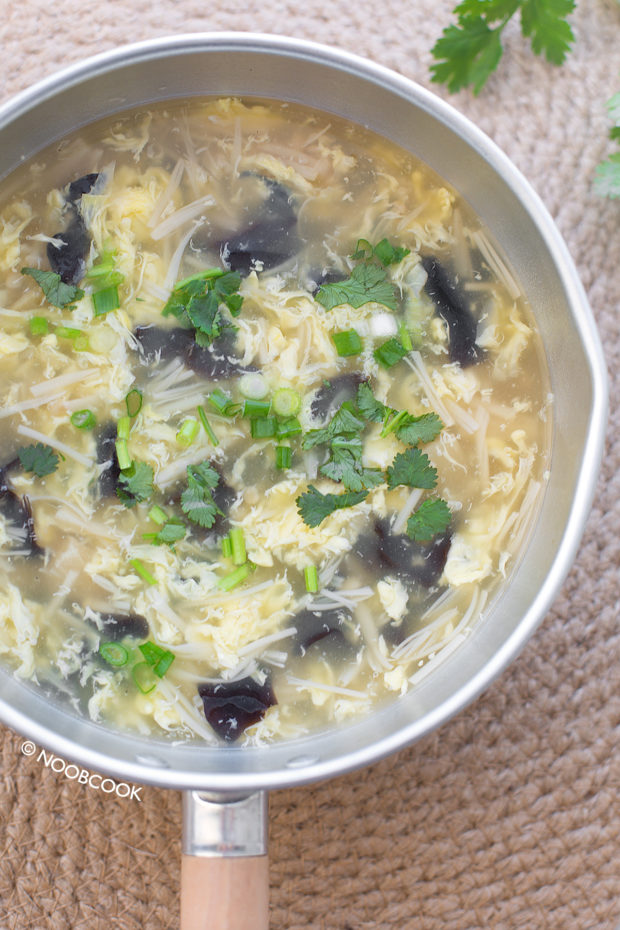 This is my pot of soup, straight from the stove to the table. 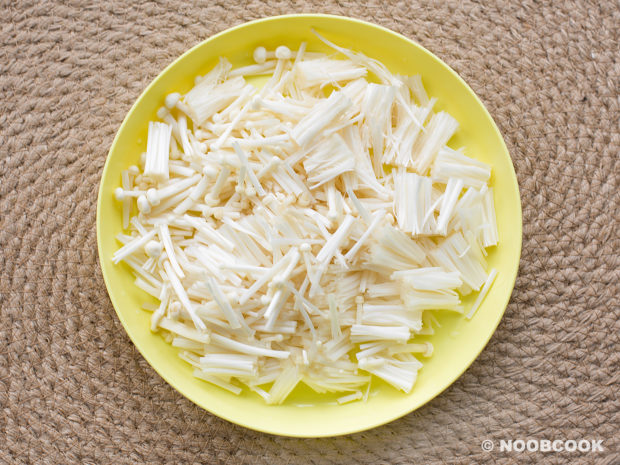 After cleaning the enoki mushrooms, cut them to short sections. The cut enoki is much easier to chew & digest. They also look better proportionally in the egg drop soup. 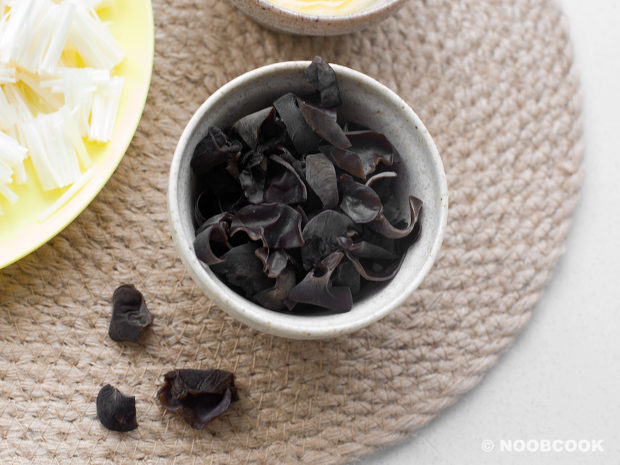 Soak the dried black fungus in a large bowl of water until reconstituted. Remove the knot on the underside of each fungus, then cut them to smaller bite-sized pieces as shown above. 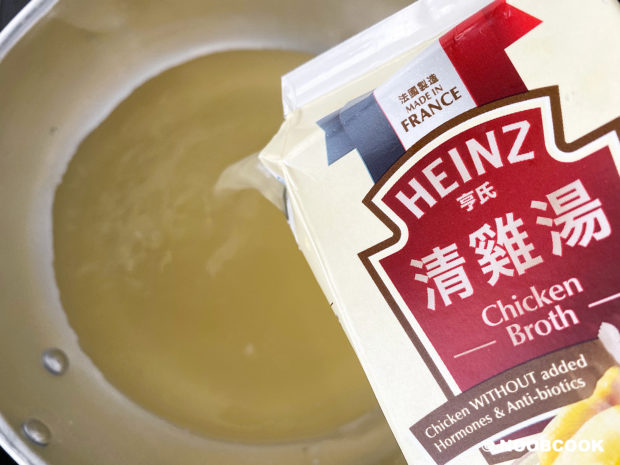 In a soup pot, add chicken stock (pictured above) followed by water. Bring to a boil. 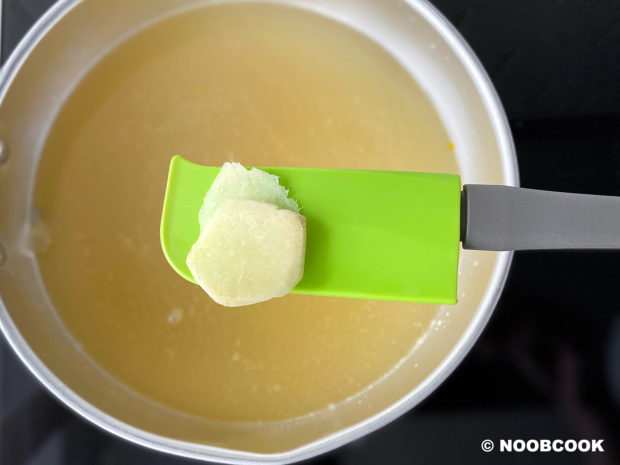 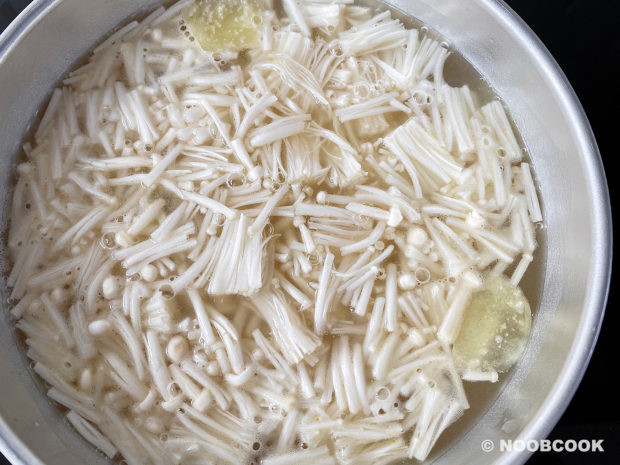 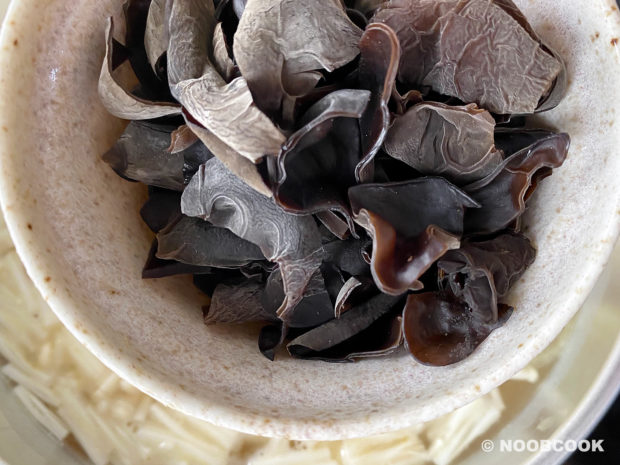 … and black fungus. Bring to a boil and simmer covered for 3 minutes. 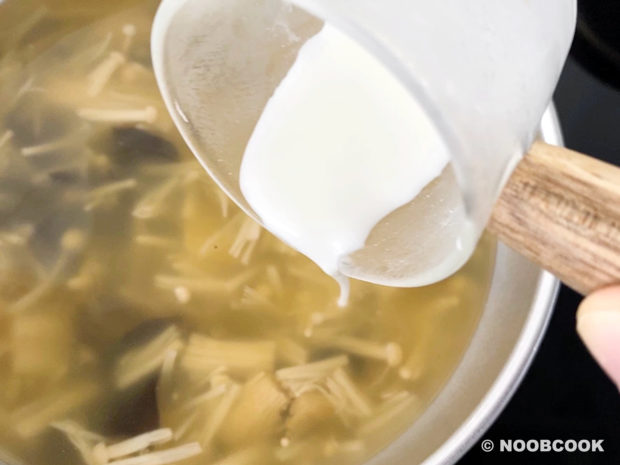 Stir in cornstarch slurry until the desired consistency is reached (you don’t have to use up all the slurry). 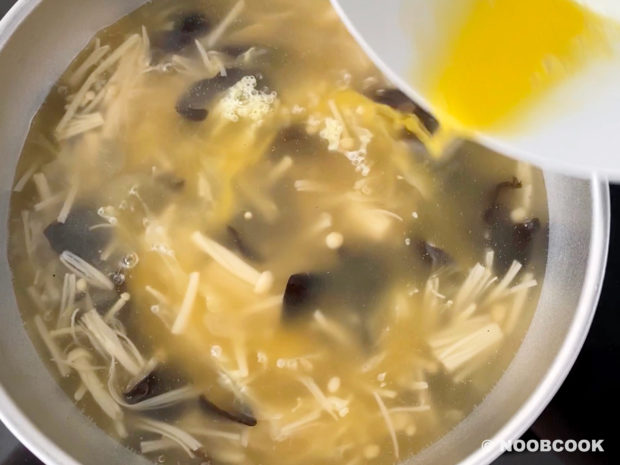 Lower heat to a bare simmer. Stir the soup to create a whirlpool, then swirl in the whisked egg a few times around the pot. 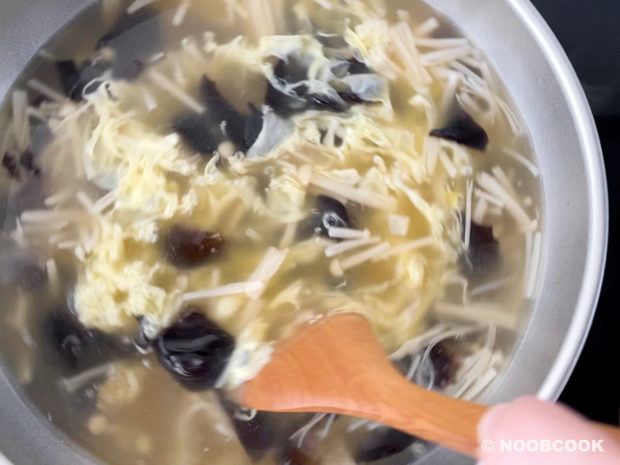 Stir the soup in one direction gently and slowly for a few rounds. As you do so, you will see the egg cooking and separating into smaller strands. Stop stirring once the egg strands are of the correct size you like.