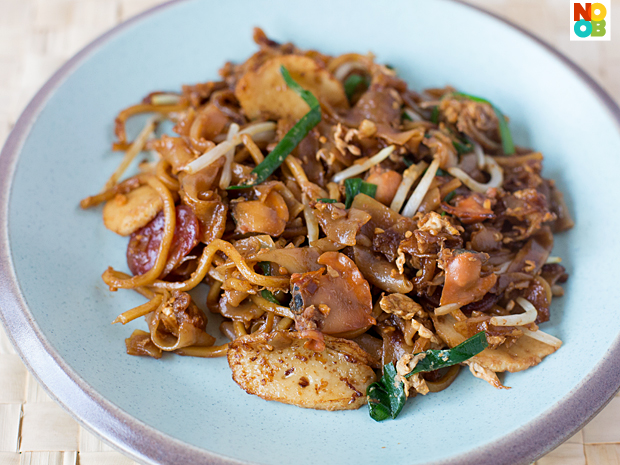 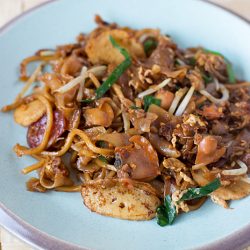 Use high heat when stir-frying char kway teow. For halal and healthier choice, replace lard oil with olive or vegetable oil and omit the fried lard pieces. You may also add prawns and chye sim for a more sumptuous version.

(A) Sauce (combine in a small bowl)