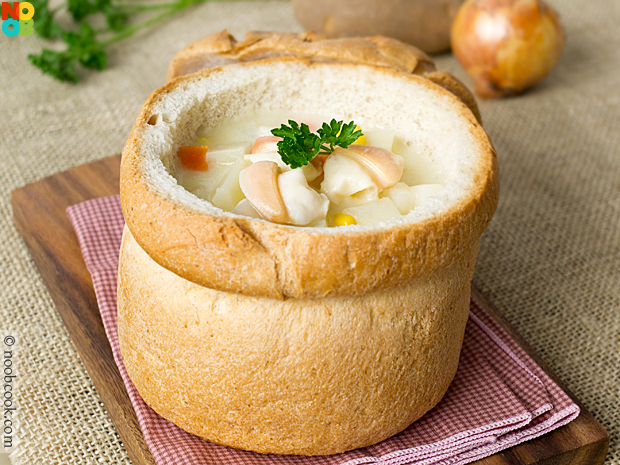 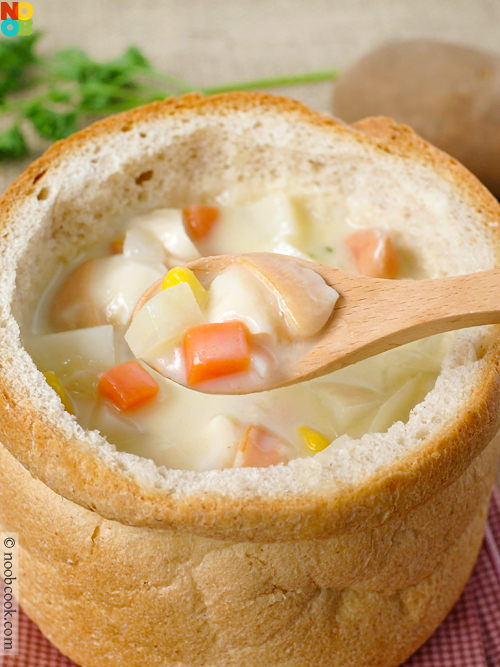 Clam chowder in under 30 minutes? Yes, it is possible thanks to the wonders of the microwave oven which cooks food in the fraction of the time. Another short cut I used is canned clams. Instead of steaming or boiling fresh clams, I use a can of pacific clams (both clams and clams broth), which also turns out to be a great time saver. I dress up the soup in a cute edible soup bowl (I bought mine from Soup Spoon) which is reminisce of the clam chowder served in sour dough bread bowl I had in San Francisco.

The final result looks quite gourmet to me. Try this recipe when you have guests over – they may be surprised when you tell them that you whipped this up in a microwave oven!

I am using the pacific clams (鲍贝/bao bei) which is commonly used for steamboat, but you may use any type of canned clams.

Note: This recipe was first written for and published on Samsung SG microwave campaign microsite in 2010 (now offline).