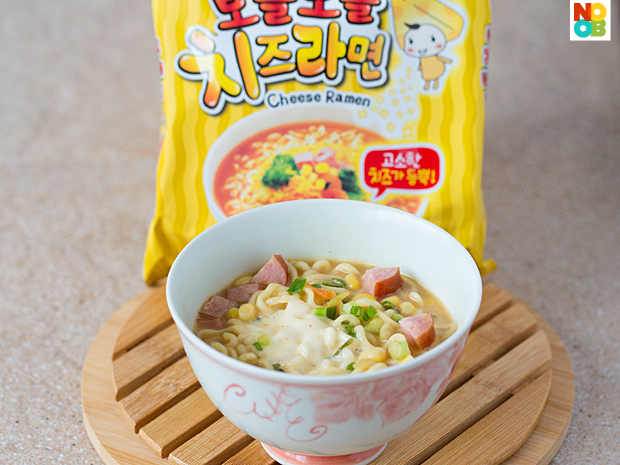 As a cheese lover, I was really excited to try out Korean cheese ramen (instant noodles) which seems really popular currently. Even the major supermarkets are selling them. The particular brand I bought was the “Ottogi” brand which is also endorsed by (the good looking) Nichkhun of 2pm. I have never eaten any type of cheese ramen before, so this is something new to me. 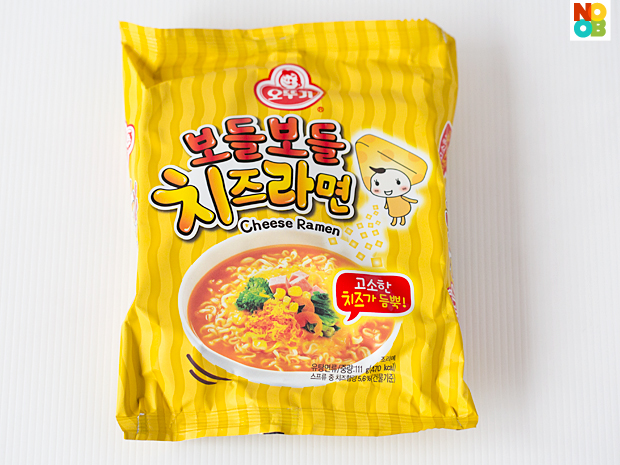 The front of the packaging. I was attracted by the cute mascot wearing a cheese hat (heart melts). I am a sucker for cute food mascots. 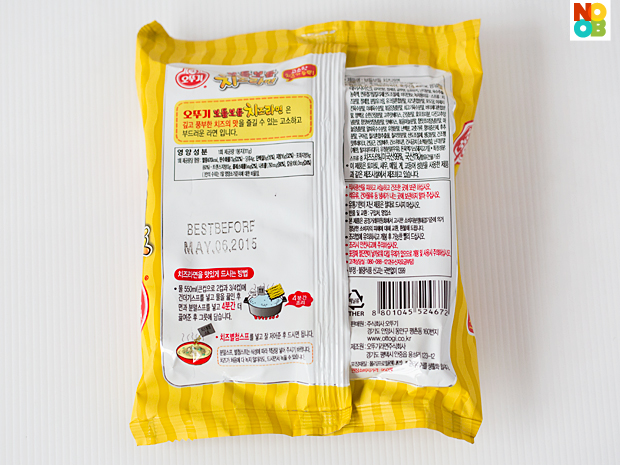 The back of the packaging – All Korean words. 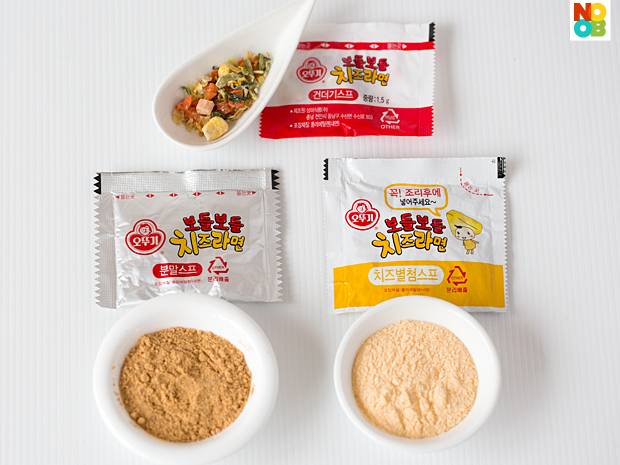 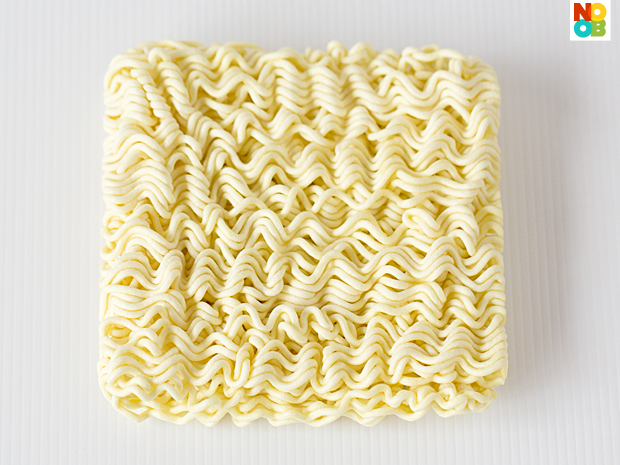 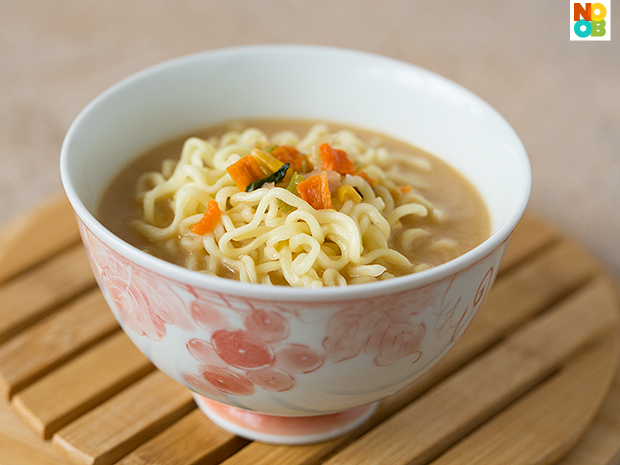 My bowl of cooked noodles using only the provided seasonings. I love the texture of the noodles which is surprisingly quite springy if you take care not to overcook them (I dish them out as soon as the strands separate). The soup colour, though, was not a dark orange hue as shown in the packaging photo. The cheese flavour was there, but not as rich as I expected it to be, as compared to when I first smelled the cheese powder seasoning. 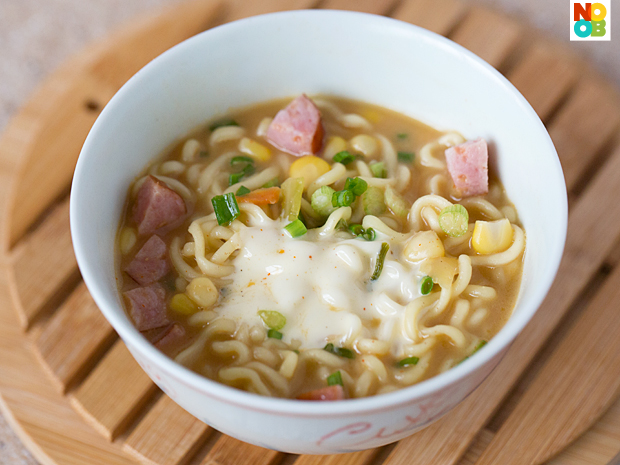 After the first taste test, I livened up my bowl with cubed ham, spring onions and corn nibblets. I also place a sliced cheese on top of the noodles and then ladle the hot soup over, melting the cheese and providing that extra cheesy flavour which I thought was missing ( yes I am a huge cheese junkie :D)

If you love cheese, you will probably like this Korean cheese ramen, though I don’t mind it even cheesier. The texture of the noodles are great as well.

Where to Buy in Singapore