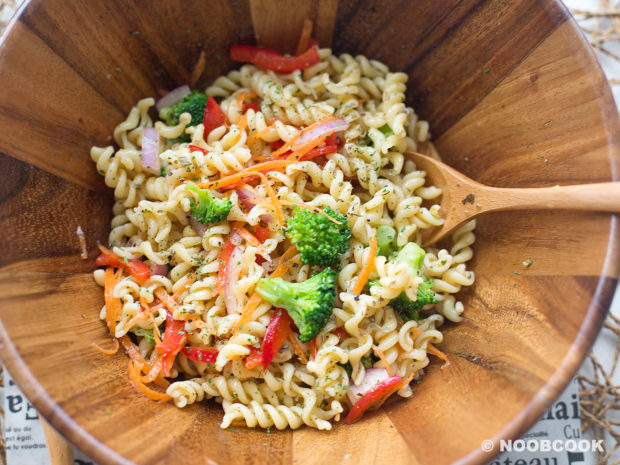 This is my copycat attempt at recreating the garden pasta served at Kenny Roger Roasters. It is one of the many side dishes choices when you order a quarter chicken at the restaurant. For some reason, I love Kenny Roger’s garden pasta a lot during my school days and I would takeaway only the pasta. Being the first tangy pasta I have eaten, it appealed to my taste buds a lot especially back then. I wanted to make this pasta at home because I honestly don’t think the food quality at Kenny Roger’s is worth my money :P I made my own version so that I can enjoy this garden pasta anytime while reminiscing the past. 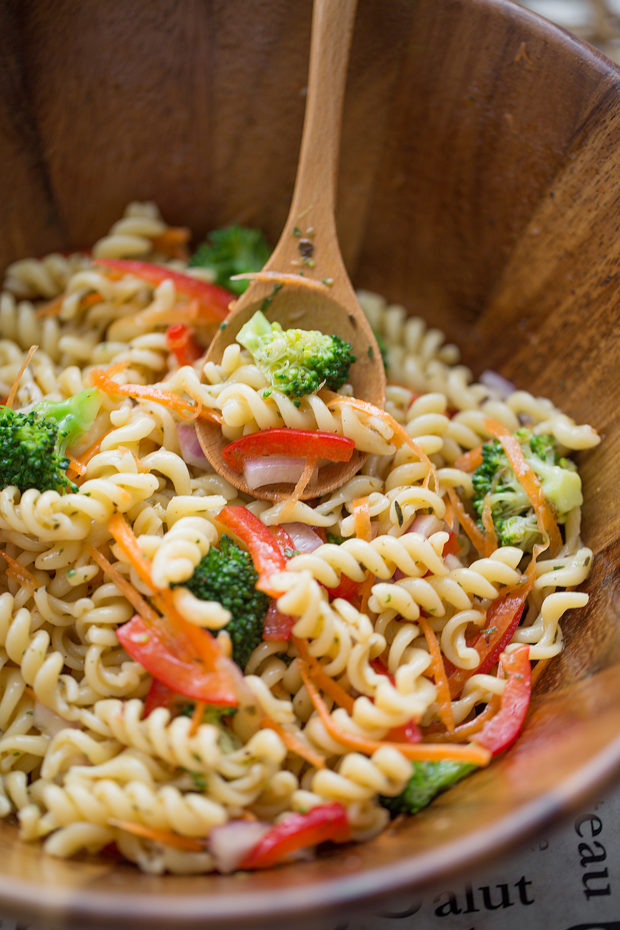 The key toppings in Kenny Roger’s garden pasta are red bell pepper, broccoli, carrot and red onion. The homemade version is really generous with the toppings. 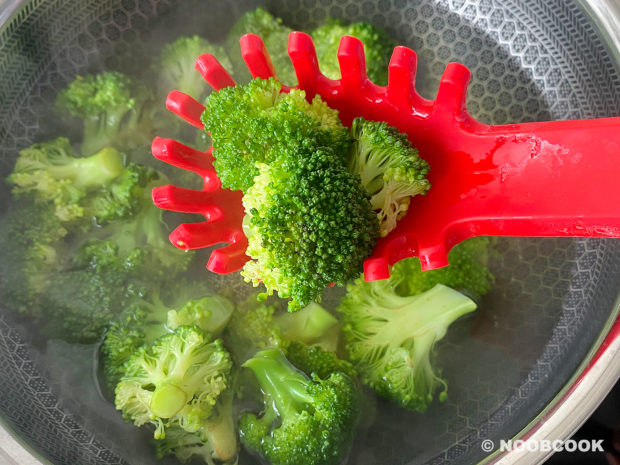 Boil or steam broccoli florets. Drain the cooked broccoli and cool down under running water. Set aside. 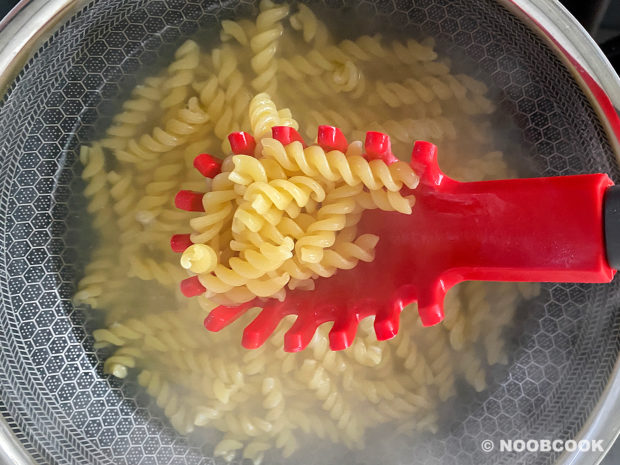 Cook spiral pasta (or any favourite pasta) in a boiling pot of salted water until al dente (firm with a bite).  Drain the pasta and cool down under running water. Set aside. 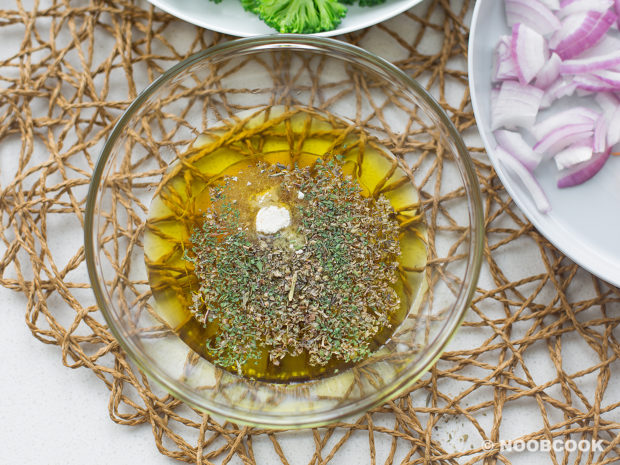 Side Note: There is a powdery seasoning on Kenny Roger’s pasta which I think is similar to those powder seasoning for dry instant noodles? While I am unable to duplicate that, I used Knorr MSG-free chicken seasoning powder and LKK low-sodium soy sauce for a more savoury depth. 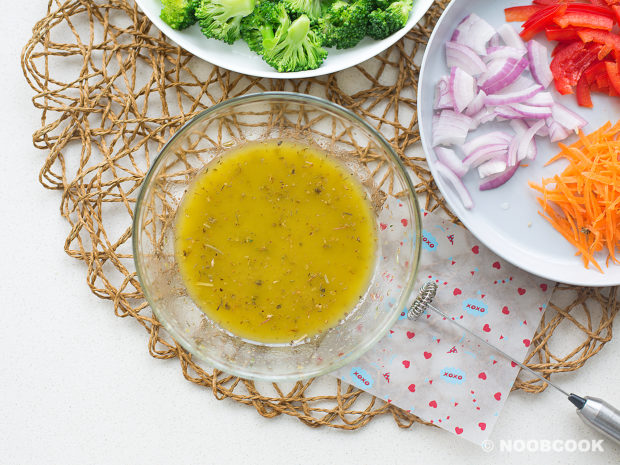 Whisk the pasta dressing by hand or a milk frother which gets the job done effortlessly in seconds. 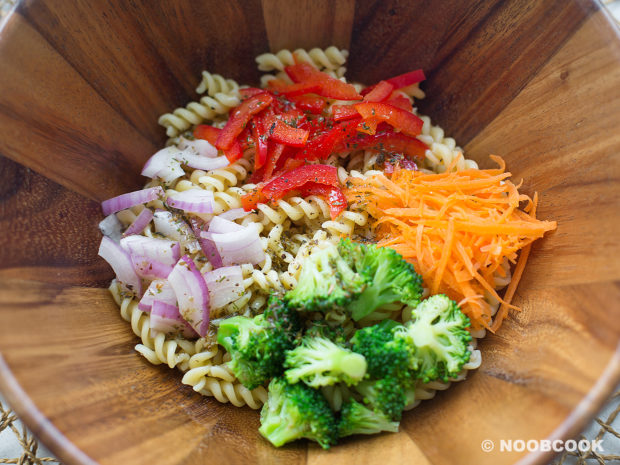 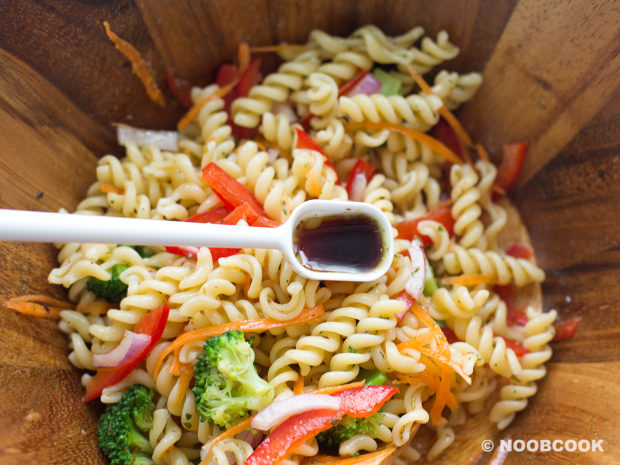 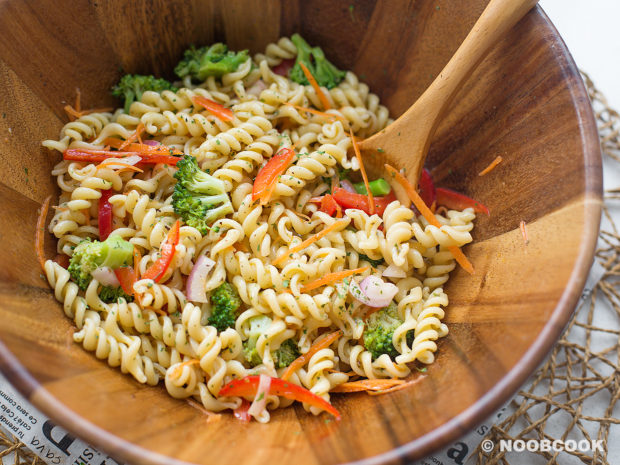 Mix well and the pasta is done!