How to Prepare Asparagus 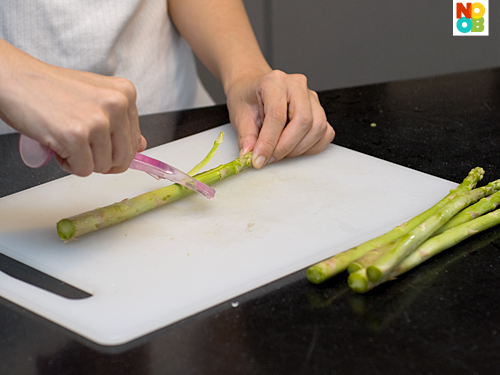 When I first started cooking with asparagus, I made the noob cook’s mistake of using them right away after rinsing. As a result, the stalk was almost indigestible & inedible. I later found out that I was missing an important step in the preparation of asparagus prior to cooking – which is to remove the fibrous skin on the stalk without which the asparagus will taste woody and indigestible. No matter which type of asparagus (pencil-thin or thick stalks; green or white) or cooking method (roasting, stir-frying or blanching), your asparagus will taste much better from this additional preparation step prior to usage.  Here is a simple, step-by-step photos tutorial on how to prep asparagus before cooking.

12 comments on “How to Prepare Asparagus”