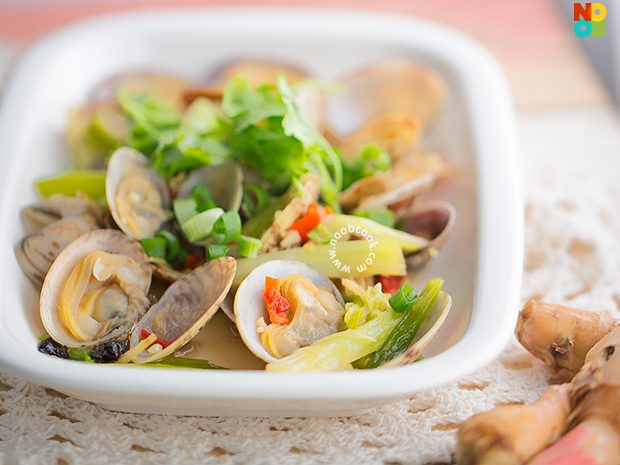 This is my special home recipe for Chinese steamed clams, and also my favourite way of cooking them. The clams are steamed in assorted aromatics and Chinese wine. A simple recipe with winning flavours. Read on for step-by-step pictures below. 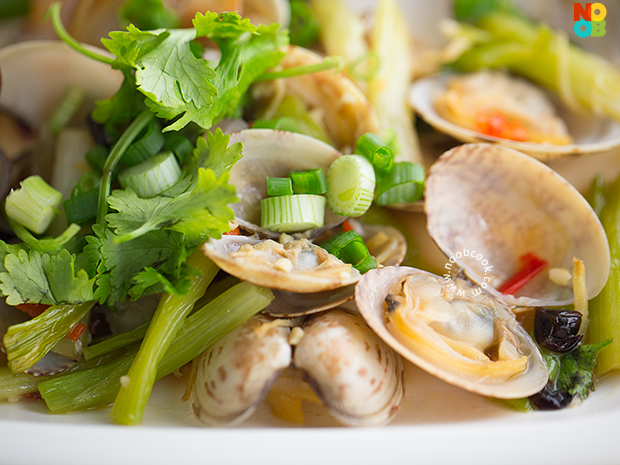 Steamed clams is one of the easiest, fastest and cheapest dish to whip up at home.  It is extremely fast as the actual cooking time of the clams sitting in the wok is less than 5 minutes. Overcooking will result in chewy and rubbery clams. The best place to get clams is at the wet market as the local “lala” clams are fresh and cheap (I usually pay about S$3 for 1 kg of clams), but many times I also use frozen Japanese asari clams (thaw before use) which also yield good results though a bit pricey. 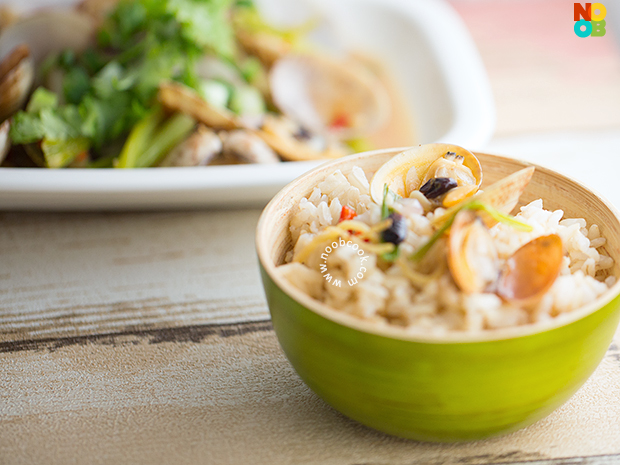 Note: The quantity shown below is 250 grams of clams for 1 person. I cooked a smaller portion as it’s easier for phototaking. 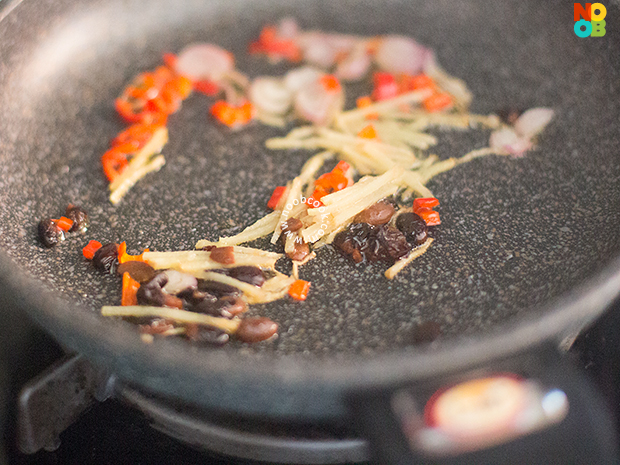 We all know how important ginger is in a clams or seafood recipe, but there is another equally important ingredient here in this family recipe. That special ingredient is dried fermented black beans. They are rinsed (must get rid of all the salt), patted dry on kitchen towels and mashed slightly before adding to the wok (pictured above). This is the only salty “seasoning” I used for this clams recipe – no soy sauce, fish sauce or oyster sauces. The naturally simple savoriness of the fermented black beans fully and subtly accentuates the flavours of the clams. 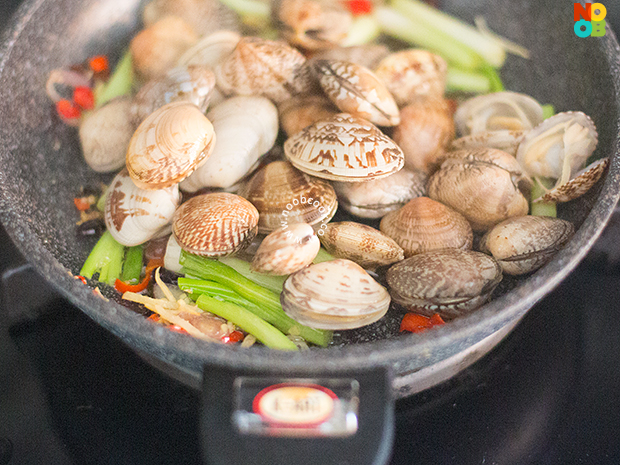 Add clams, spring onions (only the bottom white part), Chinese wine (Hua Tiao) and water. Stir-fry quickly so that the clams are evenly coated in the sauce. 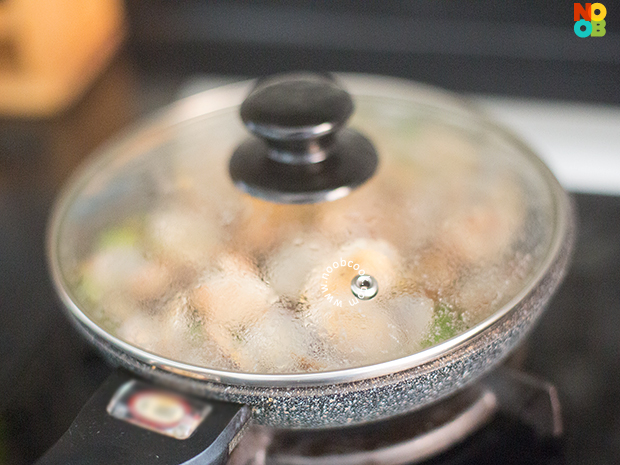 Close the lid and let the clams simmer for about 3 minutes, or until all or most of them have opened. Discard any clams which do not open. 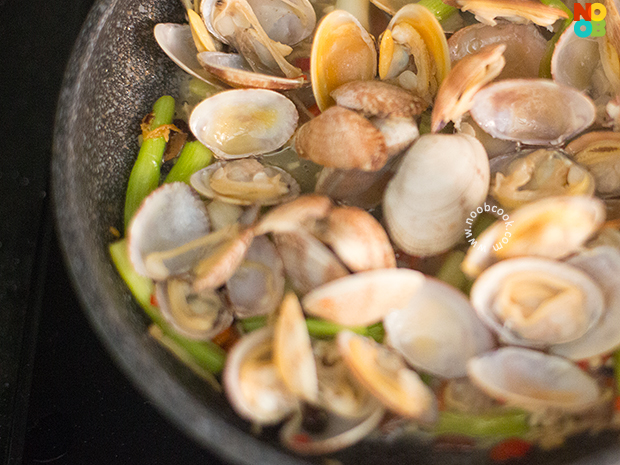 Straight from the pan, these are the cooked clams. I was so lucky that every single one of them opened – it was a good batch of clams even though I was using frozen. 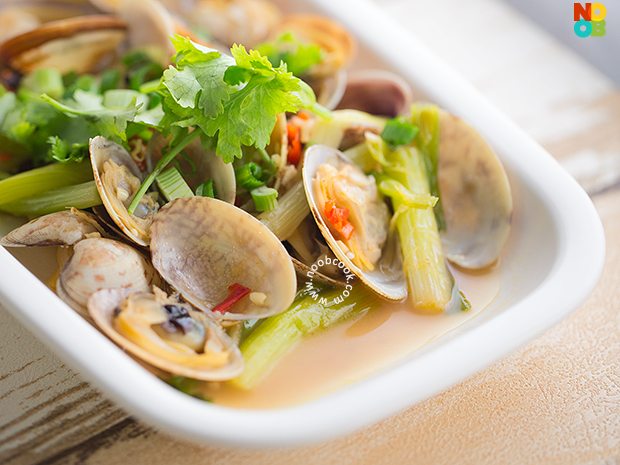 By the time the clams are cooked, there will be a seafood broth collected which to me is the best part (well, apart from the clams of course). This broth is called essence of clams, which is concentrated umami deliciousness. I drizzle it over rice or drink it on its own. 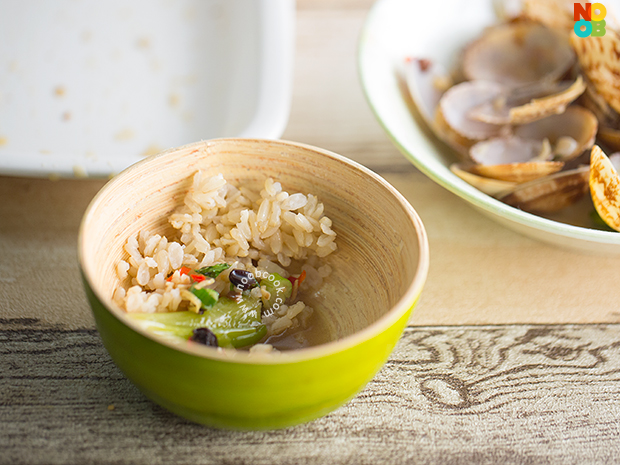 Everything (except the shells) is in my tummy. The stir-fried aromatics and the clams broth taste great when mixed in with rice.

[Video] How to cut spring onions for...