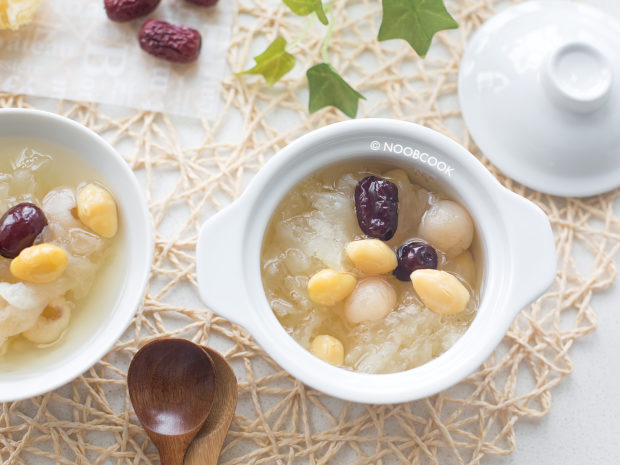 This snow fungus soup (雪儿糖水) is a simple & nourishing Chinese dessert (tong shui/糖水) to make at home. It is often cooked during Chinese New Year and auspicious occasions (I remember having it at my friend’s house on the morning of her wedding). Its sweetness symbolises sweet blessings (甜甜蜜蜜). Check out the ingredients and step-by-step photos in this post.

This is also a simplified form of our local Cheng Tng dessert (usually Cheng Tng comes with more ingredients such as lily bulbs, sea coconut, sweet potato and barley). Snow fungus is highly nutritious and it has health benefits such as improving blood circulation, and strengthening one’s respiratory system. Because I cheated (as usual) by using instant ginkgo nuts (where the nuts are sold shelled & boiled), the steps and effort for this recipe are greatly simplified. 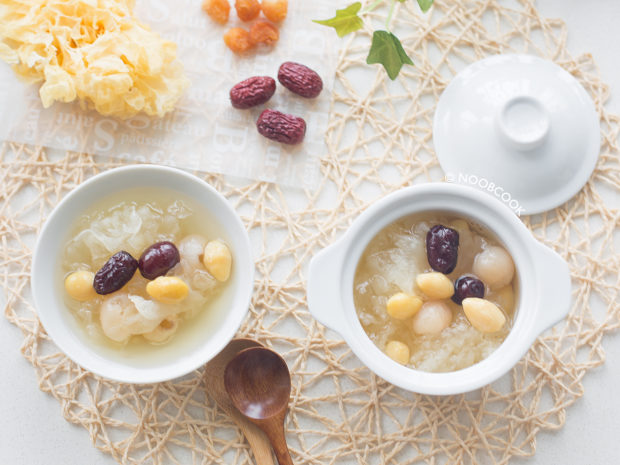 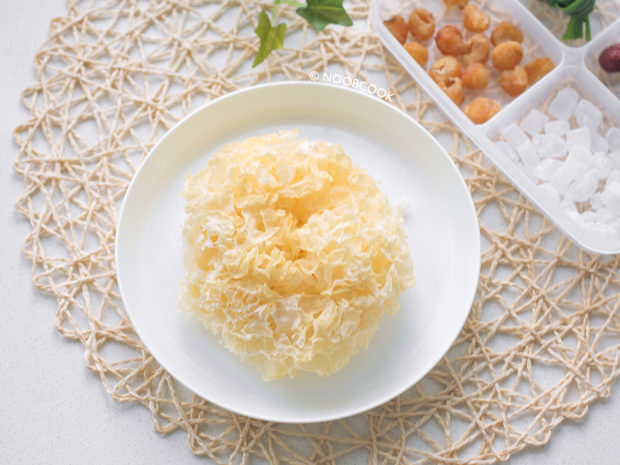 Snow Fungus aka white fungus (银耳) is the main ingredient of this recipe. 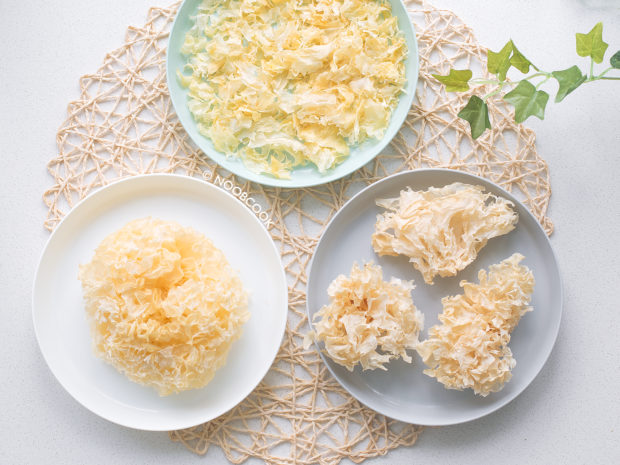 White plate: This is a quality piece of whole snow fungus. The colour is vibrant yellow and it is very fragrant.
Green plate: These are the fragments in the bag of the whole fungus I bought. Don’t throw them! They taste the same (and easier to eat for elderly) even though they are broken. Don’t serve them during auspicious occasions though.
Grey plate: This is a plate of average quality fungus. The colour and smell are not as good in the dried form, and they are usually sold in chunks instead of whole. But they are still delicious when cooked and won’t ruin the dessert (tried-and-tested).

REST OF THE INGREDIENTS 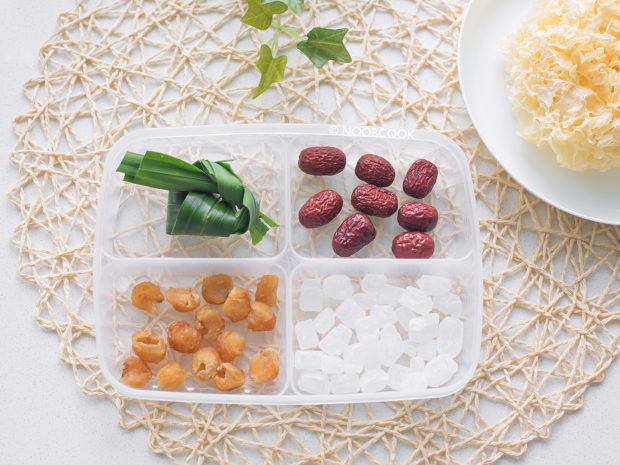 Rest of the ingredients are pandan leaves (tied to a knot), dried red dates, dried longan meat & rock sugar. This is one dessert which makes the kitchen smell so good as it is simmering away. 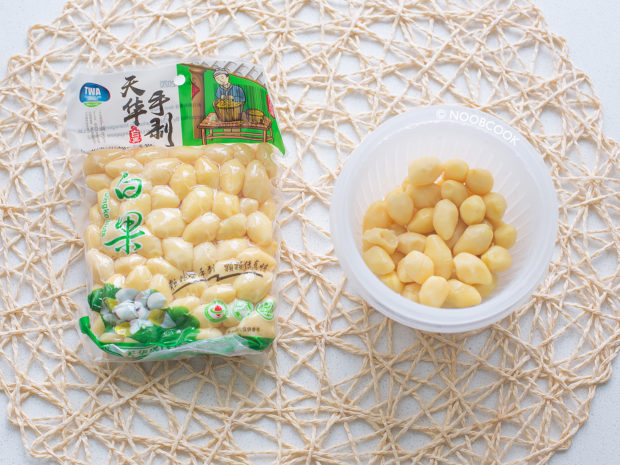 Gingko nuts (白果) – I only use vacuumed pack (or canned ones) as the nuts are already removed from the shell & boiled. Such a big time saver! The brand (pictured above) I got from Sheng Siong does not contain the black dirt in the middle of the nut. If you found a dirt in the middle, use a toothpick to pry it out as it is bitter tasting. 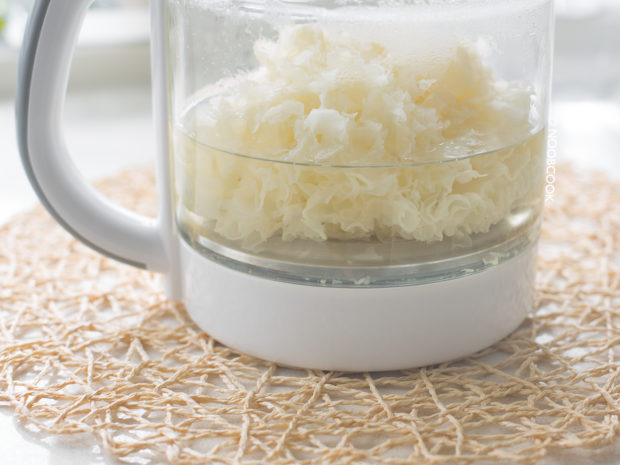 Soak the fungus in hot water until puffy and turns a whiter shade (I use less water so I flip it over midway). 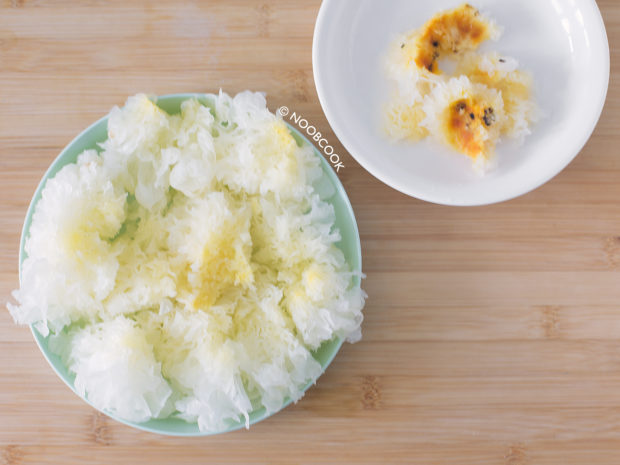 Discard the dark hardened parts on the underside of the fungus (white plate). Cut the fungus to bite-sized pieces. 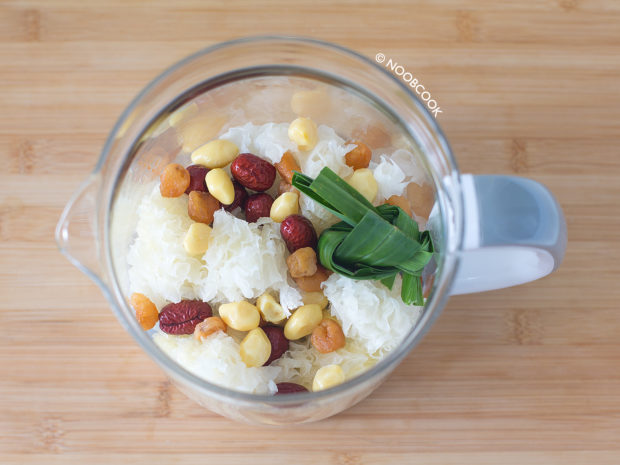 Making the dessert is too easy! Just dump everything except the rock sugar into the pot. 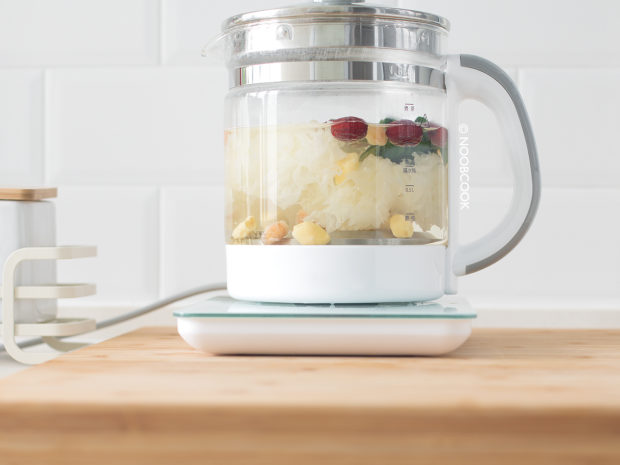 Add water and bring to a boil. 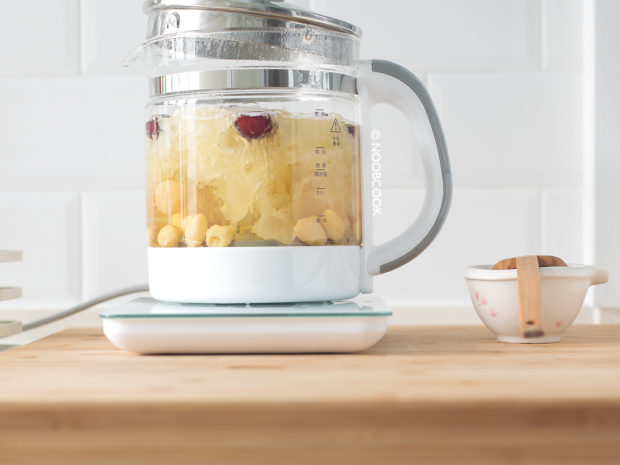 Partially open the lid and simmer until the fungus is softened to liking. It should not take more than an hour. Add rock sugar and top up water only during the last few minutes of cooking. Enjoy this sweet & nourishing dessert.