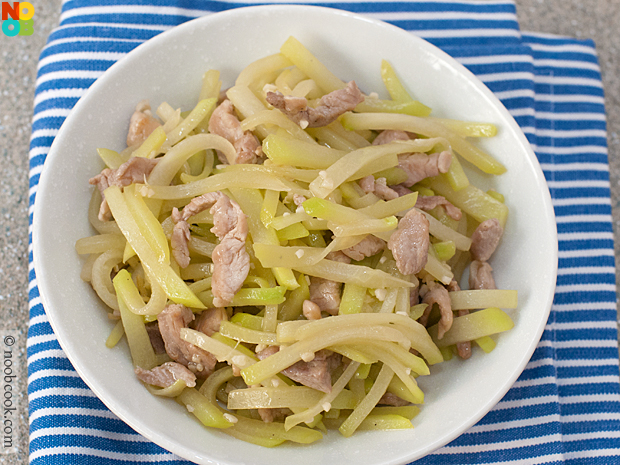 I remember when I first ate chayote (at a vegetable rice/菜饭 stall), I mistaken it for cucumber and I wonder how it retains the crunch after str-frying. It was only after a while that I found out that I had eaten chayote and not cucumber (though they are in related food family).

So now, whenever anyone asks me what chayote tastes like, I always described it as an enhanced version of cucumber – inherently sweet without that “tap water” taste of cucumber (maybe it’s just me), and also nicely crunchy after stir frying.  I like the natural taste of chayote so much that in this recipe, I don’t use strong tasting sauces such as dark soy or oyster sauce. I like to cook this chayote with pork version when I’m busy since there is vegetable and meat in one dish. 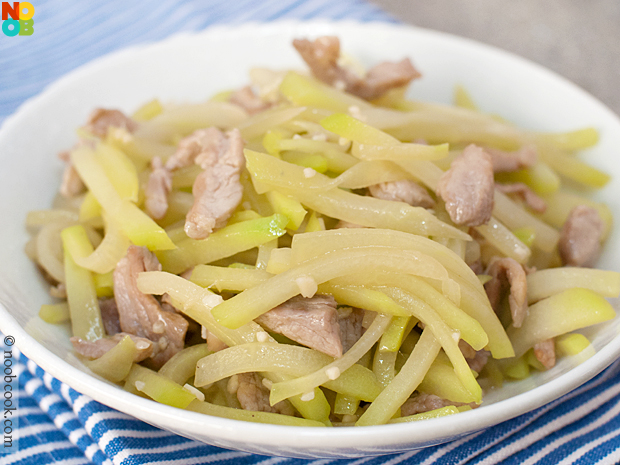 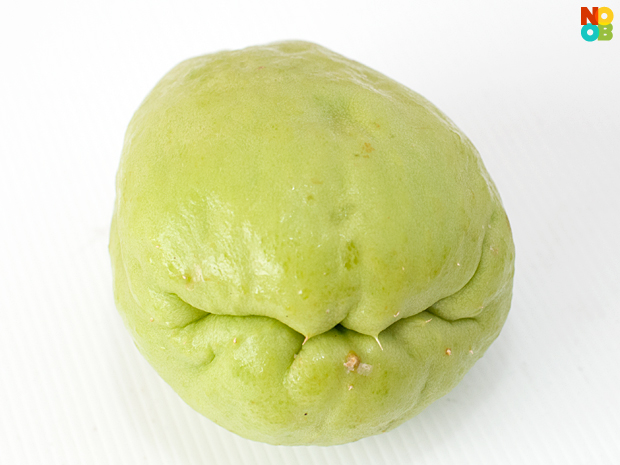 Chayote is also called Buddha palm or closed palm melon in Chinese due to the fact that the side view (shown above) resembles a closed (clenched) palm. You should have seen it around the supermarkets even if you are not familiar with it. The taste is light, refreshing and sweet, so it made me feel healthy eating it. My mum said they are good for Chinese soups too.

12 comments on “Chayote with Pork”

Leave a Reply to Platanos, Mangoes & Me! Cancel reply