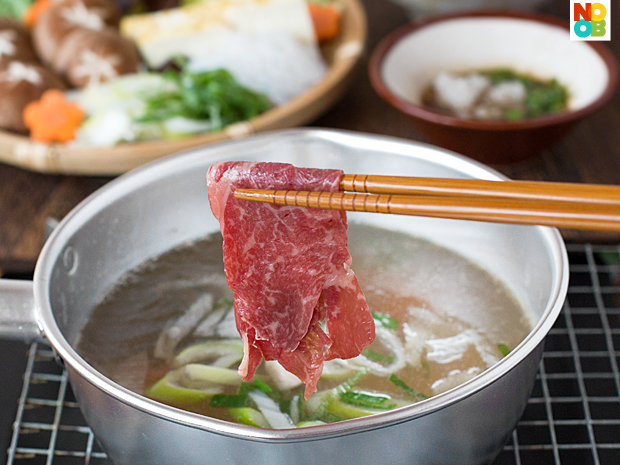 Shabu Shabu (しゃぶしゃぶ) is a Japanese hot-pot meal where very thin slices of beef are momentarily (few seconds) cooked in hot broth. It is the savoury cousin of the sweeter sukiyaki. The meat is relatively raw when it is eaten, so if you want to spurge on a meal, this recipe is a great excuse to treat yourself to some premium cut of meat (such as wagyu).

If you ever walk into an authentic Shabu Shabu restaurant, don’t be mad if they give you a bland-tasting dashi broth or even plain water as the soup base – for there lies the simplicity and deliciousness of Shabu Shabu. The soup is meant to be enjoyed last, after it sweetened naturally from cooking all the beef and vegetables. Japanese typically add cooked rice to the remaining broth, seasoned with a bit of soy sauce and pouring a beaten egg over the rice. Personally, I added a spoonful of miso to the soup right at the end. This is a wholesome, simple and healthy dish where you sauver the natural goodness of fresh ingredients. 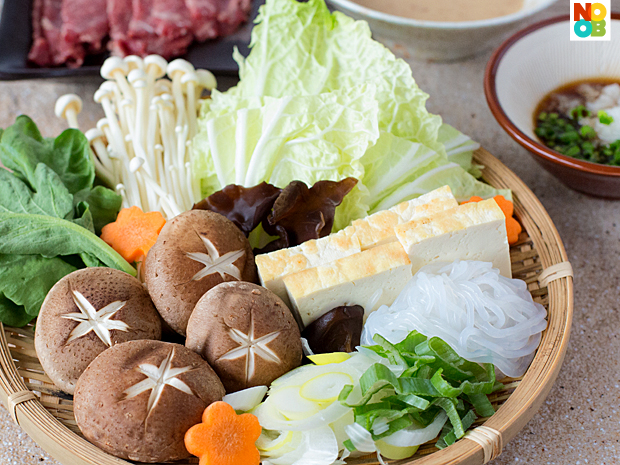 P.S. I haven’t posted a new recipe in two months! In the blogging world, that’s a very long time. I wasn’t taking a break from Noob Cook but in fact working harder on it, having engaged an awesome designer to revamp the site. I hope you will like the new site as much as I do, and find it speedier and better organised than before. I basically spent the last two months converting the content (more than 400+ recipes and articles) to the new, print-friendly format. It was painstakingly tedious. I’m very relieved now that the beta site is finally launched. Although there are still some older recipes left to convert, I can resume posting new recipes again. During this hectic period, meals that are very simple, comforting and practical, such as this Shabu-shabu is my lifesaver. 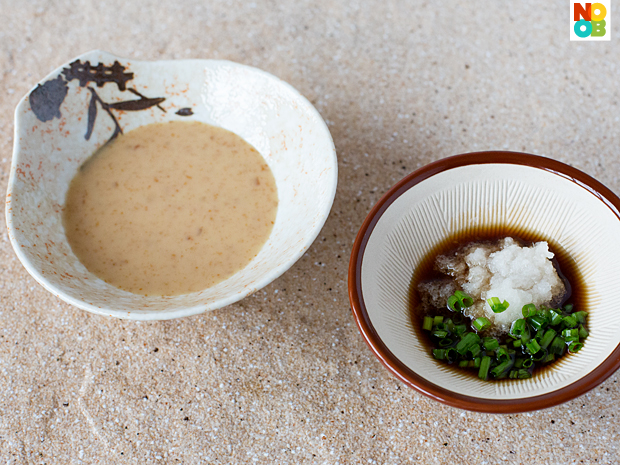 There are typically two sauces that accompany Shabu Shabu. One is roasted sesame sauce (known as “goma”; pictured above, left) while the other is a citrus-based soy sauce (ponzu shoyu) with grated radish and chopped scallions.