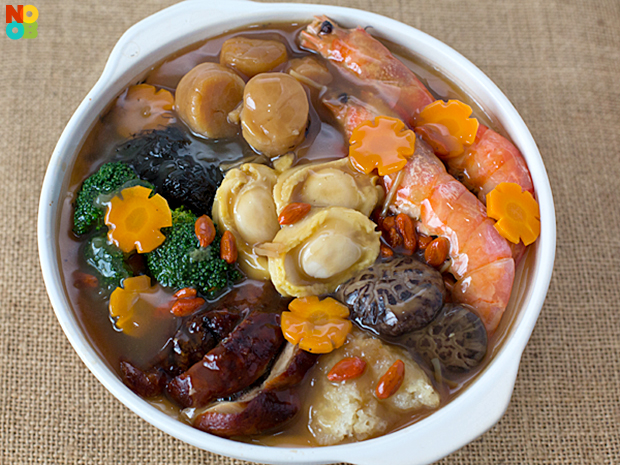 Pen Cai (Poon Choi/Pen Chai/Peng Cai/Big Bowl Feast) literally means “basin vegetables” (盆菜) as it was traditionally served to the Emperor in wooden washbasins during the Song Dynasty (adapted to claypot or casserole in modern times).

It is a traditional one-pot Chinese dish of Cantonese origin, and have been a very popular dish in Hong Kong. In recent years, the dish gained immense popularity as a Chinese New Year dish in Singapore. A distinctive feature of Pen Chai is that the ingredients in the claypot are cooked separately, layered and topped with an assortment of seafood delicacies fit for royalty (with luxurious seafood such as abalone and scallops). Eating pen cai signifies abundance and richness in the coming year. I made this pen cai on Sunday for my family’s early Chinese New Year reunion dinner as I will be away during the festive season and I’m happy that it was well-received on the dinner table!

Step-by-Step Photos (How to layer the ingredients)

Here’s a step-by-step on how I layer my casserole of treasures. The bottom ingredients are those which can absorb the braising sauce most efficiently. The top layer are the luxury and auspicious items. 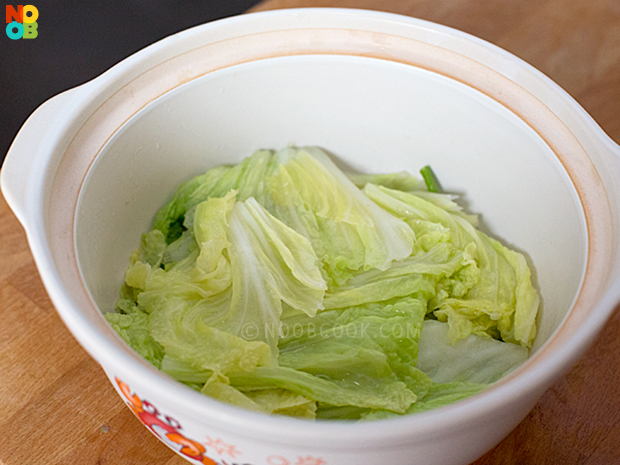 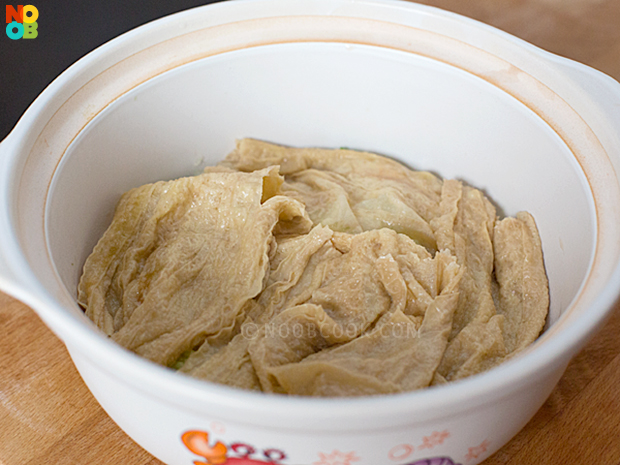 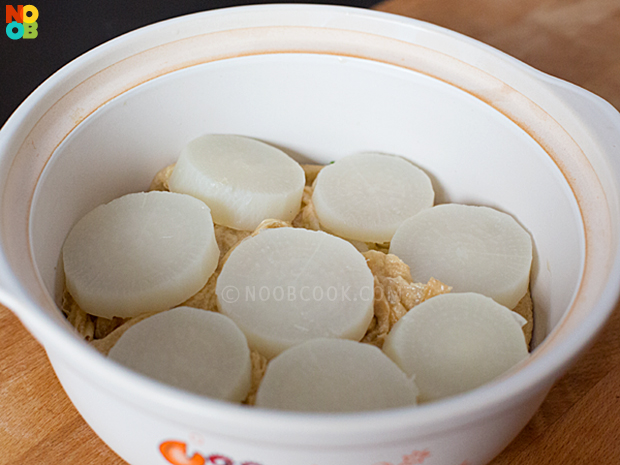 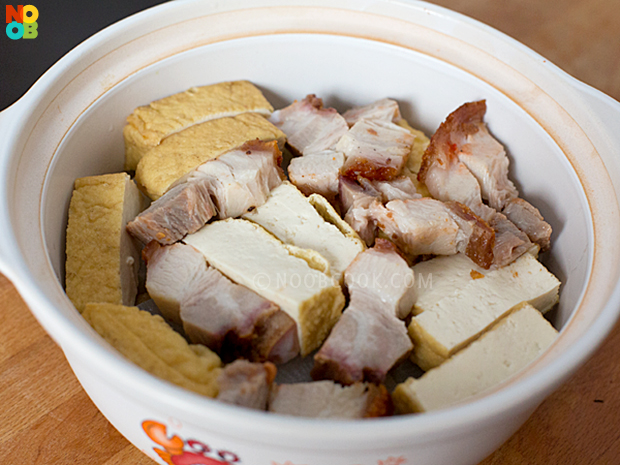 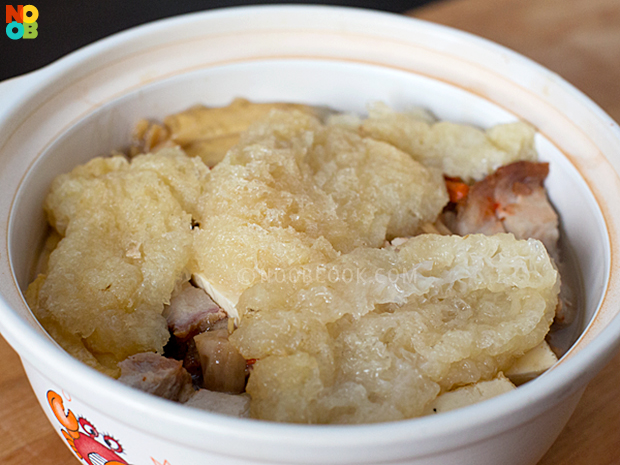 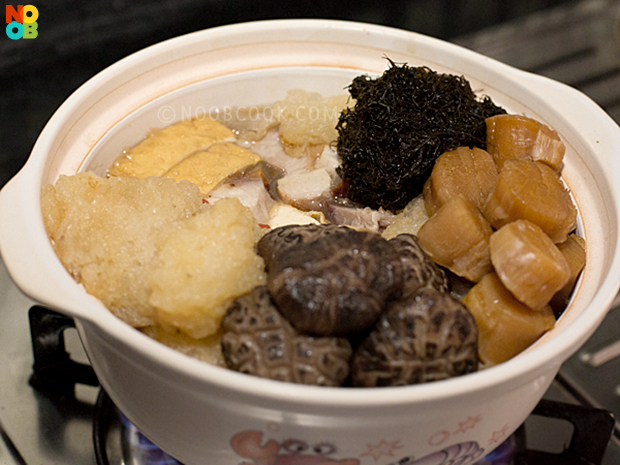 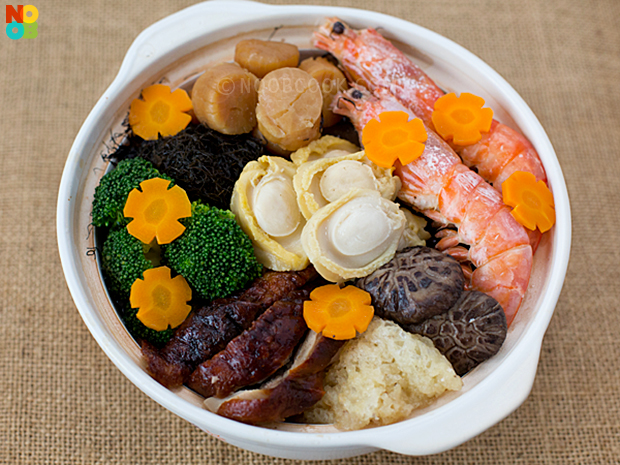 Layer 8 (last layer): Bring remaining sauce to a simmer, and while the sauce is still bubbling, pour it over the ingredients until filled to the brim. Ready!!!

Even though I used some shortcuts (store-bought fried beancurd & roast meat), it still took me 3 hours to make this dish from start to finish! Although it is tedious and time-consuming to prepare, the method is relatively easy. My cost price for the ingredients was S$100 but I believe the market rate at restaurants is easily S$300, so there is strong justification for all that hard work. The pot is also very filling and can easily be served as a one-dish meal for 6 persons (we had other Chinese New Year dishes to accompany it though), with possibly leftovers for the next day.