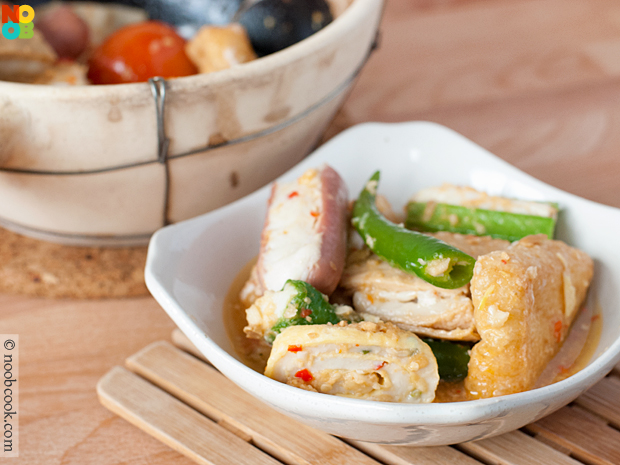 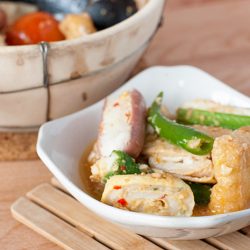 Yong Tau Foo (YTF) literally stands for stuffed bean curd, though the name has expanded to a broader term and apply not just for stuffed bean curd, but to all kinds of ingredients stuffed with fish paste – for example, lady’s fingers (orka), bitter gourd (bitter melon), eggplant (brinjal) etc. Even ingredients which are not stuffed such as meat balls, dumplings and certain vegetables have now been associated with common YTF selections.