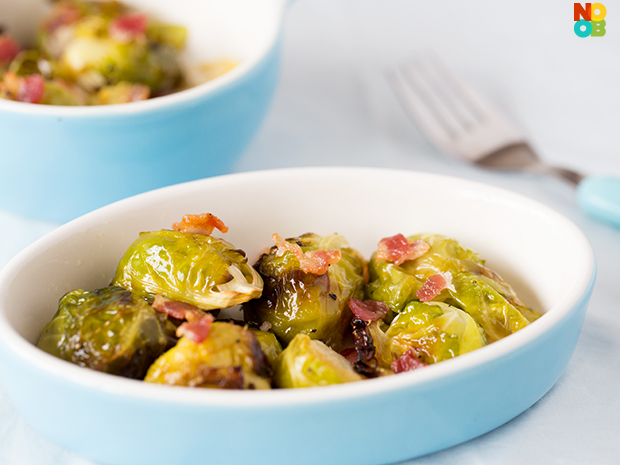 Happy New Year! Here’s wishing everyone a delicious 2015. This roasted Brussels sprouts with bacon is a simple, 5 or less ingredient recipe for getting back into the groove of cooking again. For me, Brussels sprouts was love at first bite, I like its taste including the inherent slight bitterness. But for those who do not like the taste too much, the bacon definitely helps to accentuate the taste. After all, bacon makes everything tastes better ;)

Some recipes will ask for the bacon to be crisped up in a hot pan first, and the sprouts are either sauteed directly in the hot pan with the oil rendered from the bacon, or transferred to the oven afterwards. 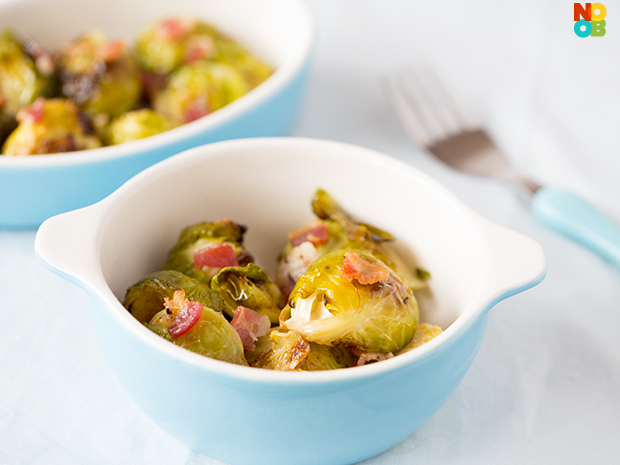 At the Noob Cook kitchen, the lazy style of cooking always prevails, so this is a dump-everything-into-oven-to-cook kind of recipe. The bacon does crisp up and and sprouts do brown nicely, and I don’t have to worry about oil splatters or messy clean ups. 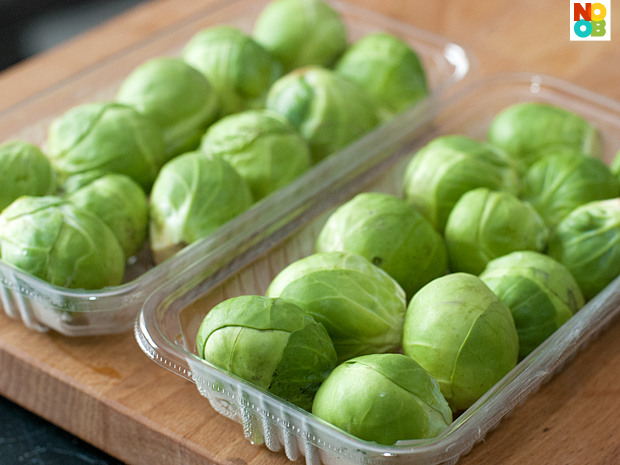 Brussels sprout is a healthy vegetable, touted to have anti-cancer properties and contains good amounts of vitamin A, vitamin C, folic acid and dietary fibre. 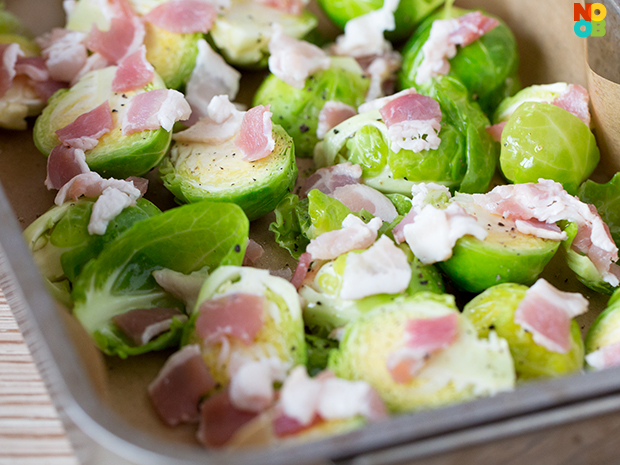