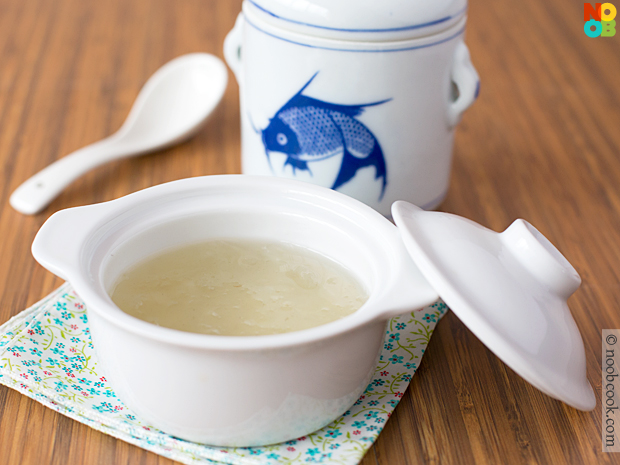 A bowl of bird’s nest soup (冰糖燕窝) is a prized (or should I say pricey) Chinese delicacy. Bird’s nests (swallow’s salivia nests) are expensive due to the difficulty in harvesting. Its drink is said to do wonders for skin, throat and lungs, as well as boosting overall health and well-being.

When cooked, the bird’s nest takes on a gelatin texture, making it a lovely tong shui (“sweet soup”; Chinese dessert). Whenever my mum makes bird nest’s soup in the past, she stew it the simplest way possible (as with all my mum’s recipes) – just bird’s nest, water and rock sugar. When I cooked mine, I added a few ginseng slices though it is purely optional. Check out my mum’s tips at the end of this page for making a perfect bowl of double-boiled bird’s nest soup. 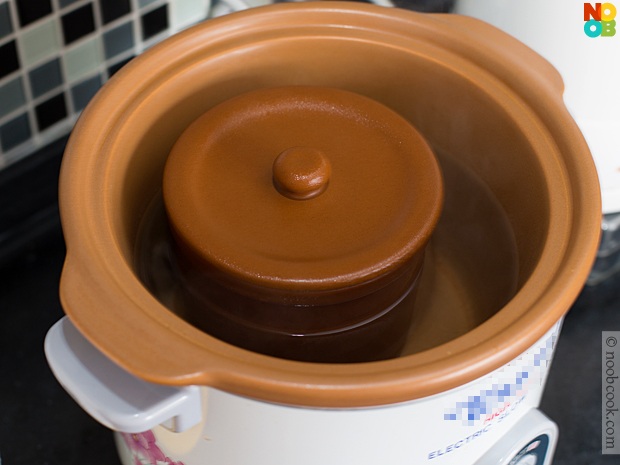 Chinese love to treat pricey ingredients with the ultimate care, so no direct heat is preferred. This is my double-boiler set-up for stewing the bird nest soup. I’m using the slow cooker as the double-boiler. 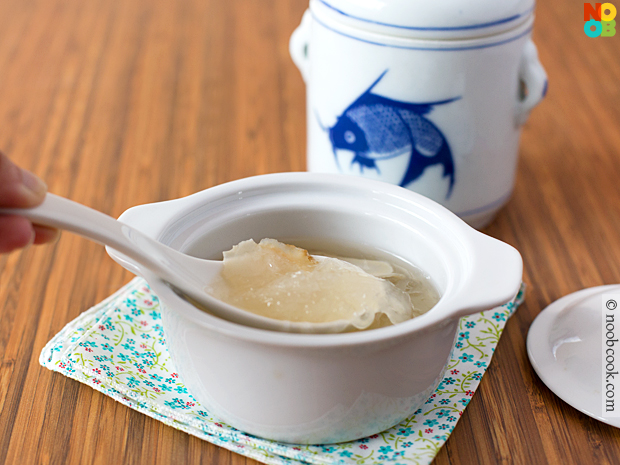