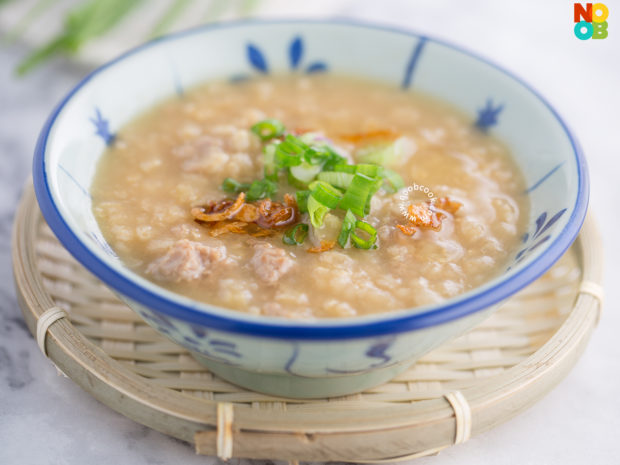 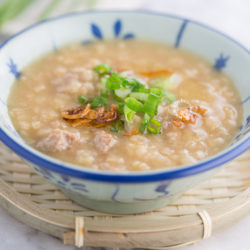 As an alternative to cooking the porridge on the stove top in step 2, you can cook it in a rice cooker with porridge cooking feature. Transfer the cooked porridge from the rice cooker to the stove in step 3.

If using brown rice instead of white rice, increase simmering time by 10-15 minutes.

(A) Marinade for Pork