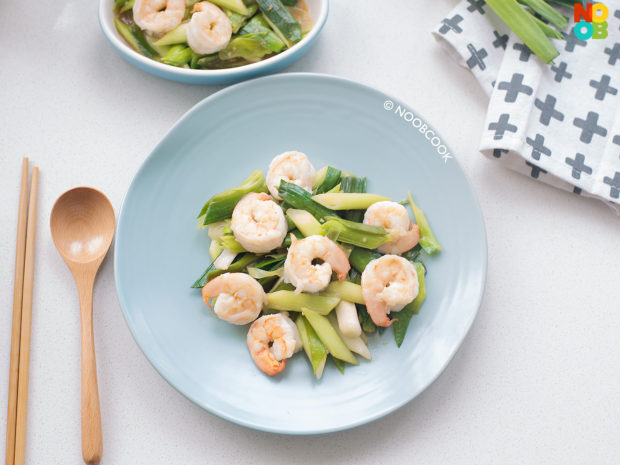 During Chinese New Year, Chinese leeks are plentiful as they are in demand for their auspicious symbolism of prosperity. Leeks in Chinese (蒜) sounds like “counting” (算), representing one’s wish to “count” lots of money in the new year. For me, I simply love to cook leeks during this period as they are fresher, cheaper and in abundance. This stir-fry leeks with prawns is made with my favourite red-leg prawns (shrimps). 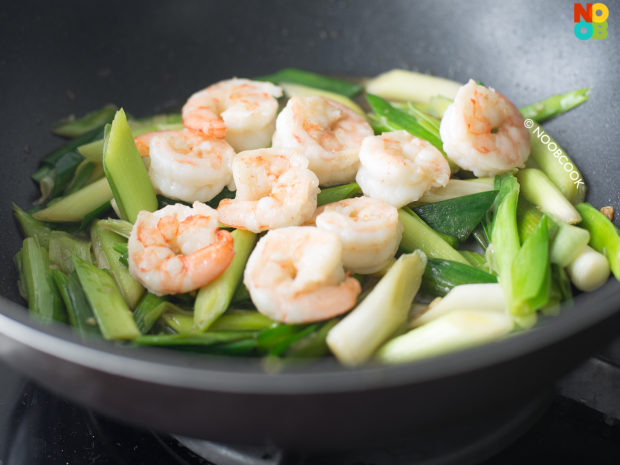 Straight from the wok. Everything (leeks and shrimps) tastes really fresh and clean in this simple stir-fry. 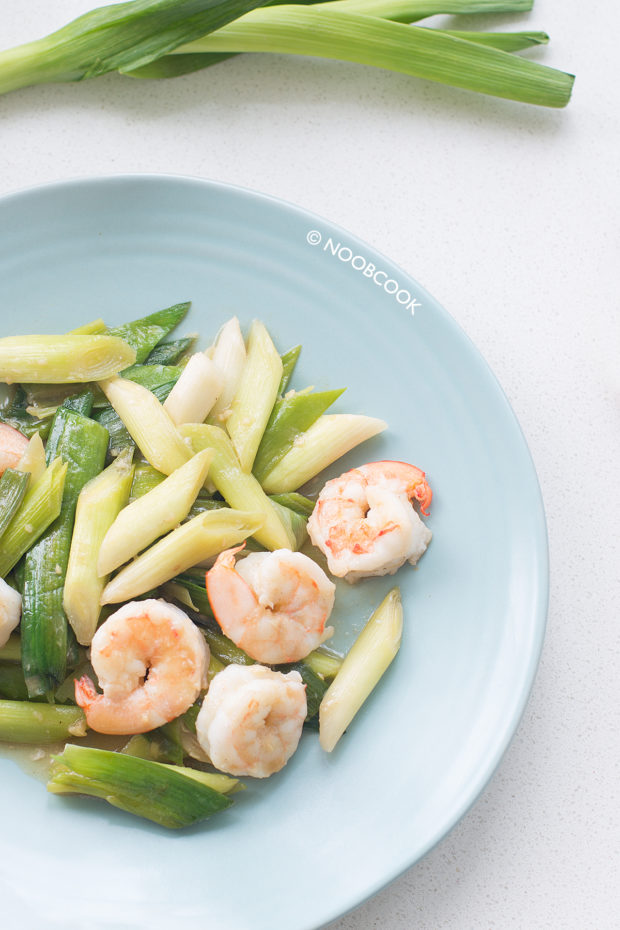 How to prepare Chinese leeks before cooking

I apply these simple steps of preparation every time I cook Chinese leeks. 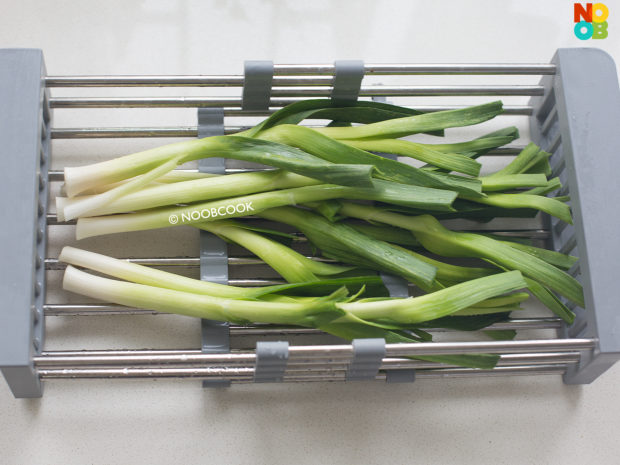 Trim the bottom roots and the top withered portions of the leaves. Give the leeks a general rinse under the tap. The above picture is the “after”. 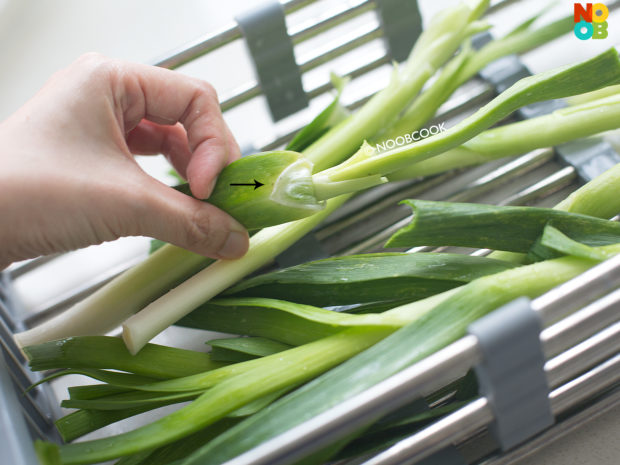 Give the leeks a second thorough rinse, taking care especially at the crevices of the leaves (pictured above) as there is always soil & dirt trapped there. 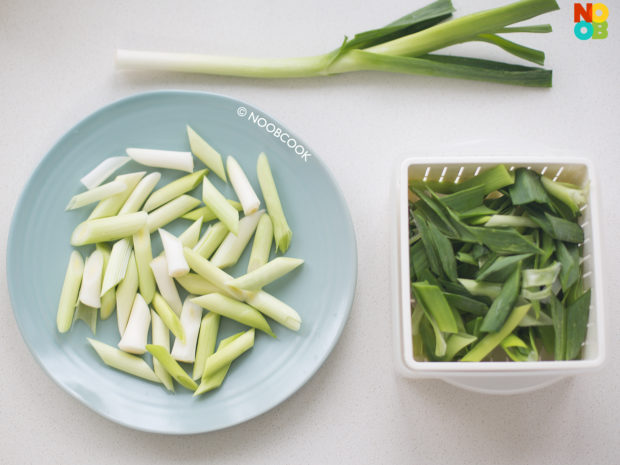 Separate the bottom white part (pictured above; left) from the green upper portion. Cut the leeks at a slant angle to uniform short sections (about 1-inch/5 cm). The white part needs to enter the wok first as they take slightly longer to cook than the leafy green portion.

2 comments on “Stir-fry Leeks with Prawns”