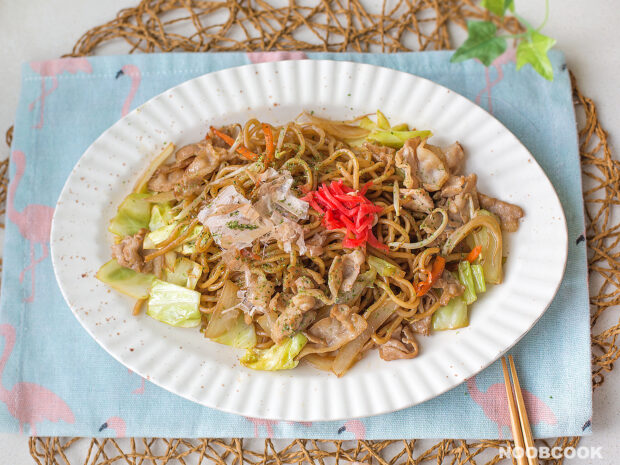 This is a simple pork yakisoba with cabbage, onion and bean sprouts using a homemade Yakisoba sauce. It makes a filling one-dish meal with noodles, meat and veggies in one plate. Yakisoba (焼きそば) means Japanese-style fried noodles. After testing & tweaking the recipe, this is one Yakisoba that is full-flavoured just like those I usually takeaway from the Japanese supermarkets. I think homemade yakisoba is slightly healthier due to the healthier oil (I used olive oil) & generous veggies. I can’t wait to cook different versions of Yakisoba in future with this base recipe. 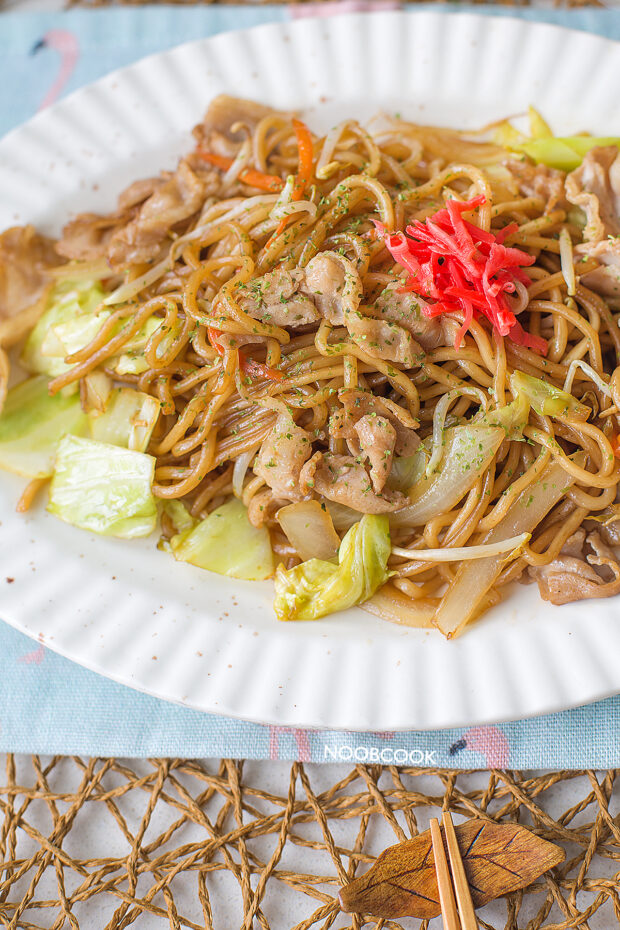 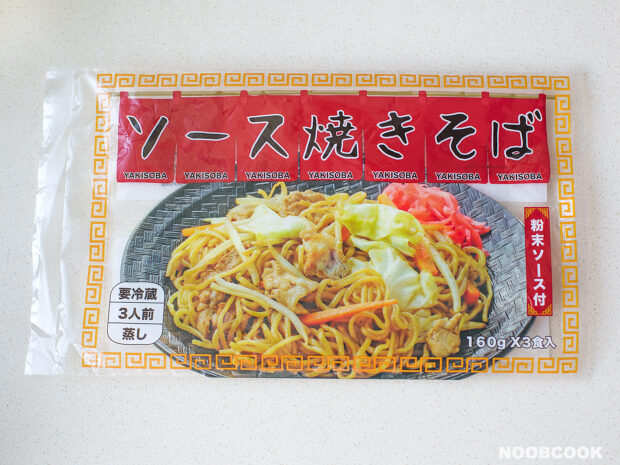 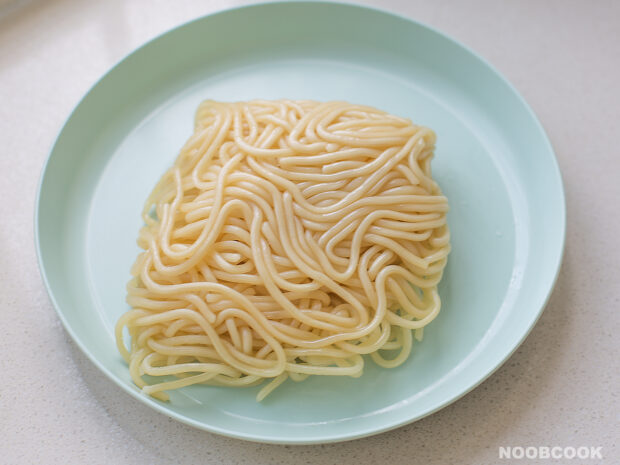 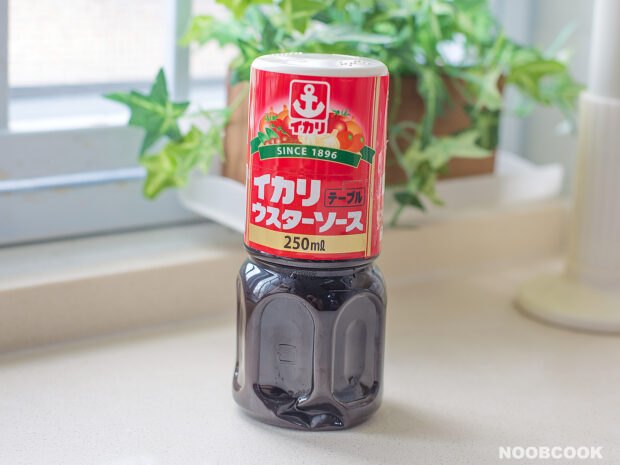 I prefer to make my own yakisoba sauce because I can adjust the flavour to my liking. The most important ingredient for making the sauce is Japanese Worcestershire sauce. I bought my bottle or worcestershire sauce (pictured above) from Daiso. After buying it, I read that there is the more famous “Bull Dog” brand but oh well, I already bought mine. I am satisfied with the results of the one I bought, but I may try out the more famous brand when I finished my current bottle. 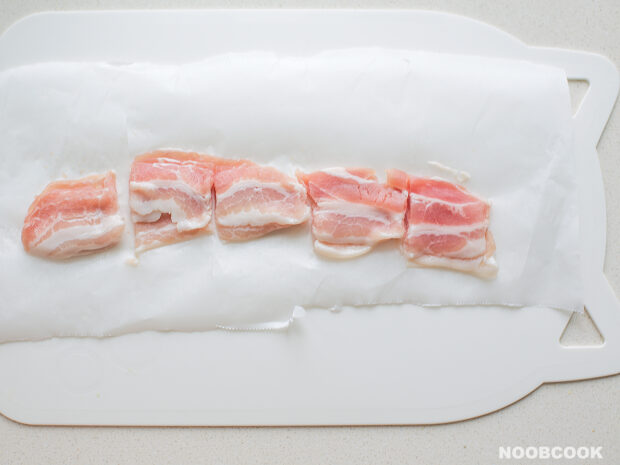 I used shabu shabu pork belly which is thin meat slices for hotpot. They cook really fast. Just cut them to short sections before stir-frying. 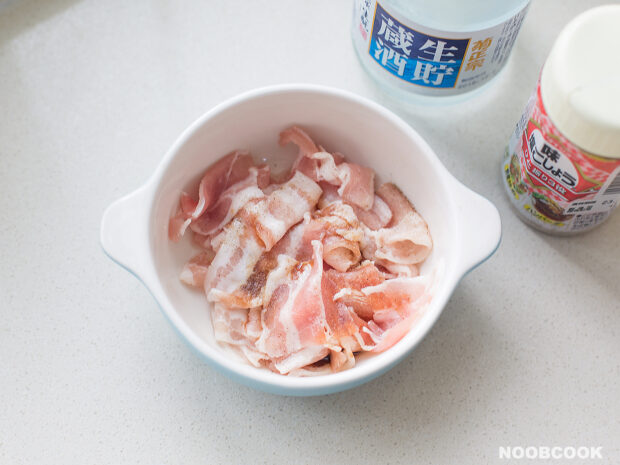 Marinate shabu shabu pork slices in sake & a bit of light soy sauce and/or salt & pepper. This will remove any strong smell from the pork.

Prepare yakisoba noodles by heating the block of noodles in the microwave oven. This will help the noodles loosen easily without breaking during stir-frying. 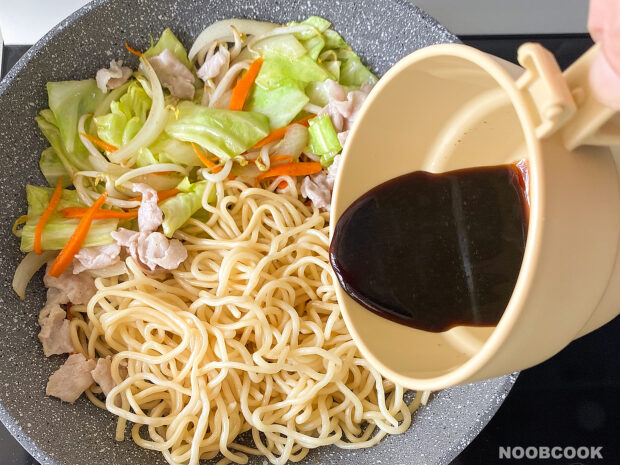 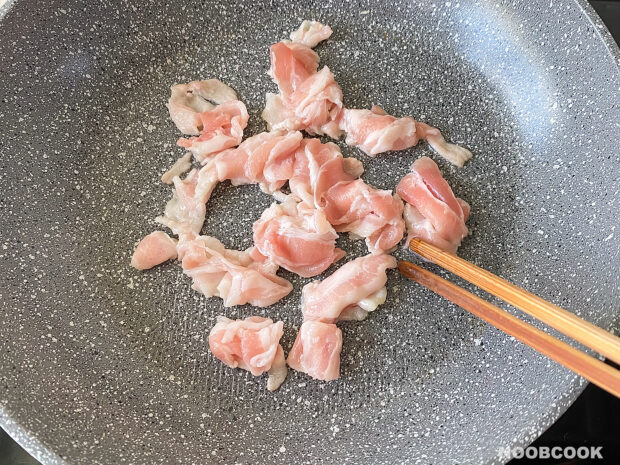 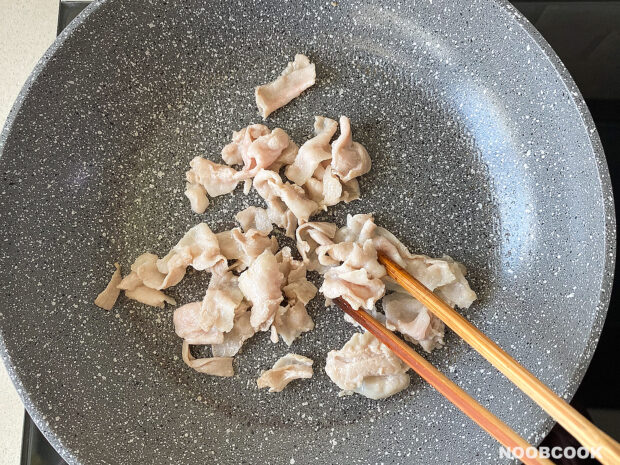 Add pork with a bit of oil in pan. Fry until cooked & set aside on a plate. 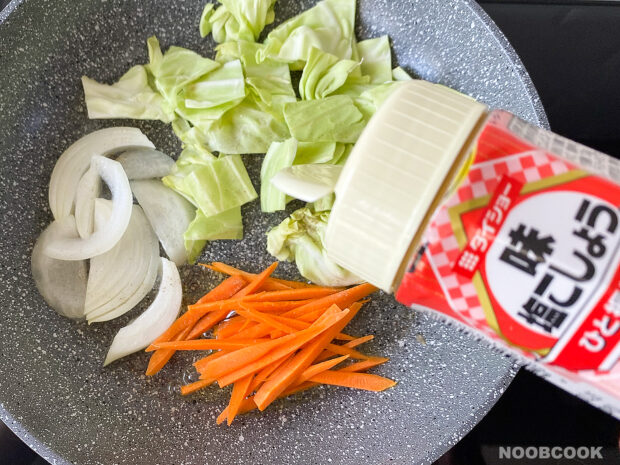 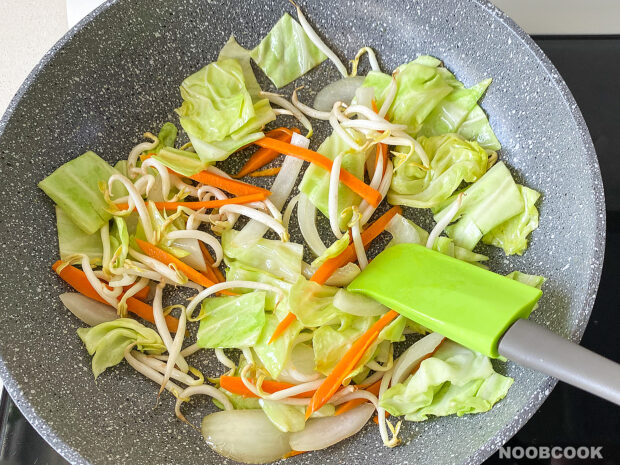 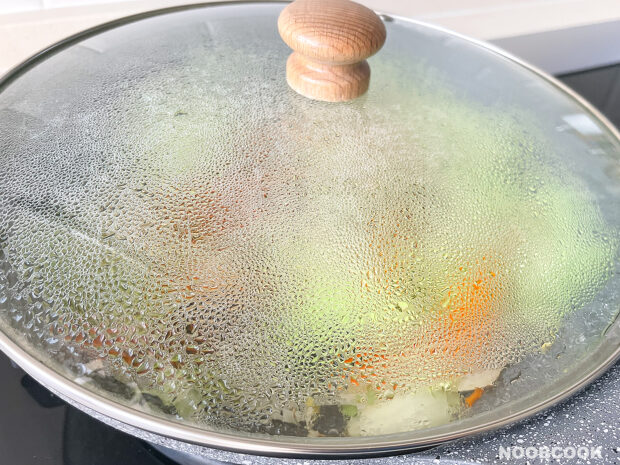 If your cabbage remains raw, add a small splash of water, cover with lid to steam for 1 minute. 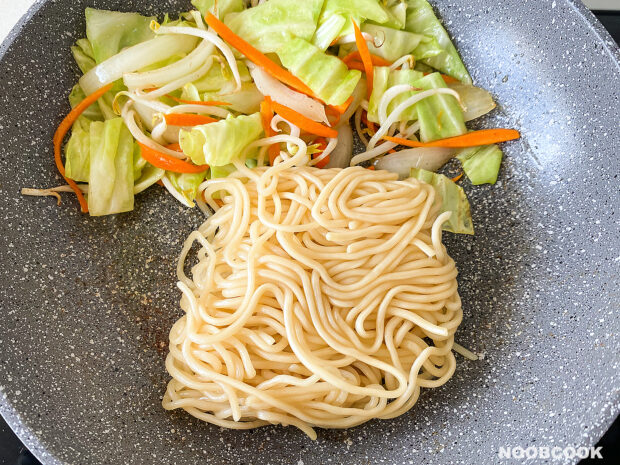 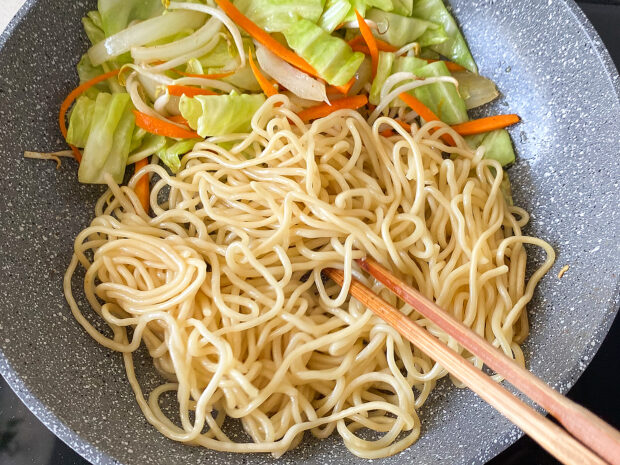 Add prepared noodles. Add a bit of sake or water over the noodles, then loosen them with chopsticks or spatula. 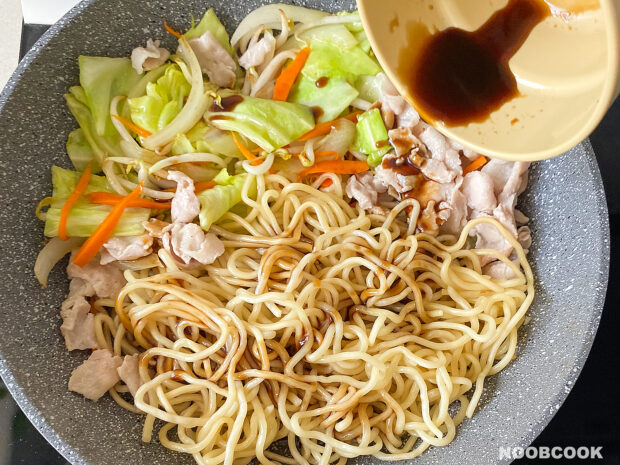 Return cooked pork back to the pan. Pour the prepared Yakisoba sauce over the contents (pictured above) and pan fry briskly in high heat until everything is well combined.