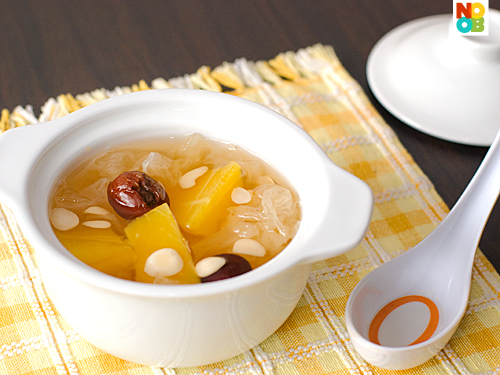 Papaya, snow fungus and almonds soup (木瓜雪耳糖水) is a Chinese dessert which I tried at a famous dim sum restaurant in Hong Kong last month. When I tried the dessert, I thought this is something I can try to recreate at home since I have made something similar before – snow fungus with ginkgo nuts soup.  I thought the combination of papaya, almonds and snow fungus is really nourishing and beautiful.  This soup has health benefits such as improving blood circulation, strengthening respiratory system and improving complexion. I love to drink this dessert chilled. 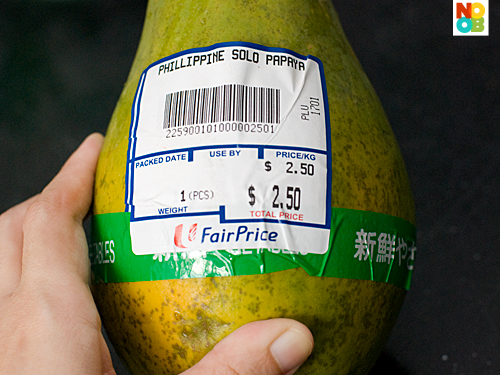 This is the papaya I used for the recipe. Was surprised when I cut it open to find that it is yellow fleshed but it turned out still tasty in the dessert soup. I would have preferred orange flesh papaya though, I think the dessert will look prettier in orange :)