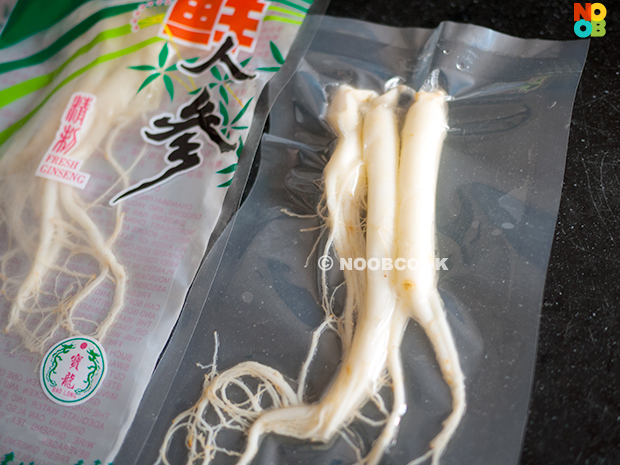 Fresh whole ginseng roots are excellent for making Korean ginseng chicken soup (samgyetang).  Dried ones are just not the same in terms of cost, aesthetics and taste for this dish. While fresh ginseng are plentiful in South Korea, I had no luck finding them in Singapore for the longest time.

I was about to give up until I saw a clue from wokkingmum’s blog thank you!~ I found them at Tiong Bahru wet market, at the vegetable stall unit number Unit 01-45. If you know other places that sell fresh ginseng (either this brand or another), please share via the comments section below. 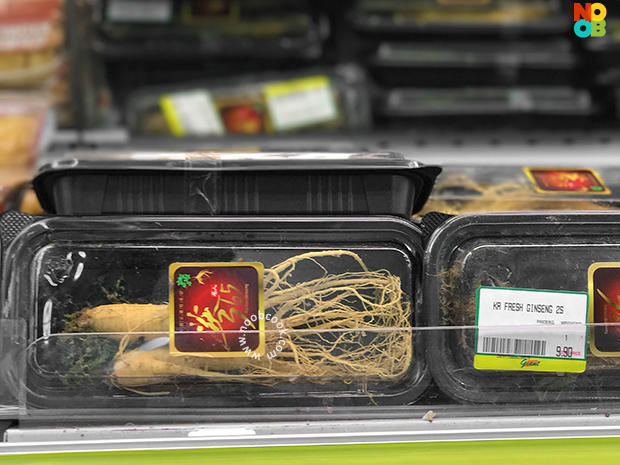 I found authentic fresh Korean ginseng selling at Giant (Suntec City) and Sheng Shiong (Bedok Interchange) supermarkets in Singapore from Mar – Apr 2017. I have not cooked them yet because I am still recovering from a chronic cough (my mum told me to cut down on chicken until I’m fully recovered). They are product of Korea, labelled 6 years old ginseng, and I bought it for S$9.90 per packet of two ginseng roots at Giant. Sheng Shiong is selling it slightly more expensive at $10+ per packet. The ginseng roots are packed with a bit of fresh ginseng leaves.  I would use one ginseng root per recipe and update on the taste when I am fully recovered – by the time it will be summer; which is the perfect season for Samgyetang. 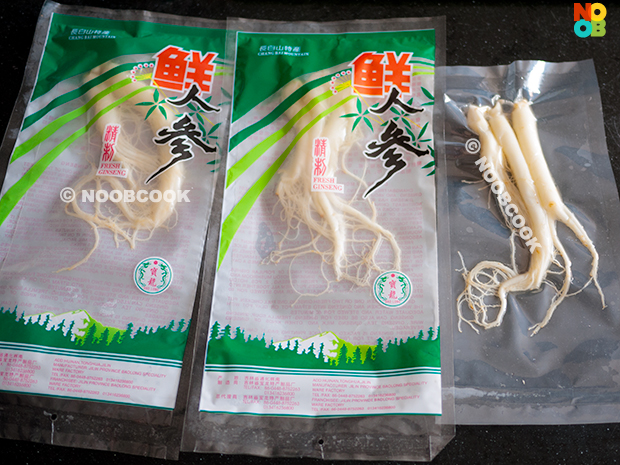 As for the local fresh ginseng I substituted with in the absence of Korean ginseng which are seasonal, they did a great job. Each packet costs S$3. I use one packet for one chicken. The ginseng is vacuum sealed and it will last a few months in the fridge. The auntie told me that the ginseng is not the “heaty” type so it is perfect for summer and hot climate. 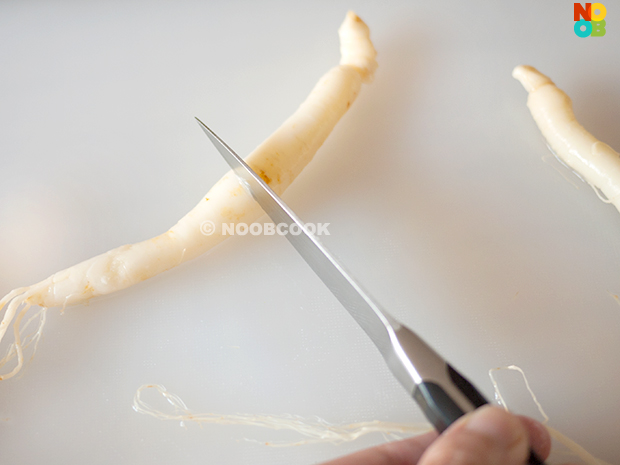 Each packet comes in either two or three pieces of whole ginseng root. Auntie taught me to make superficial cuts on the ginseng to release the flavour. Don’t cut all the way through, you want to keep the root intact for better presentation. 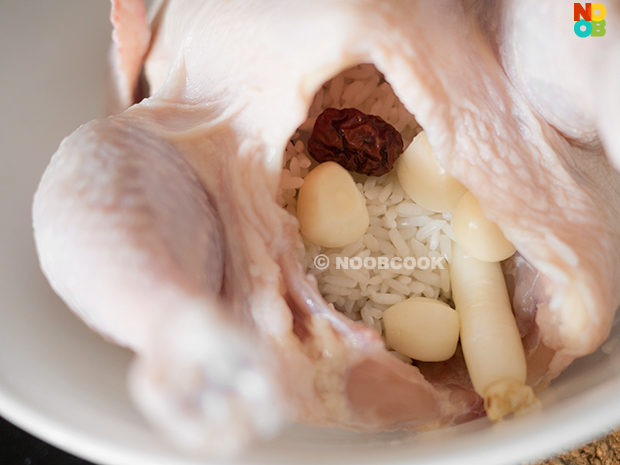 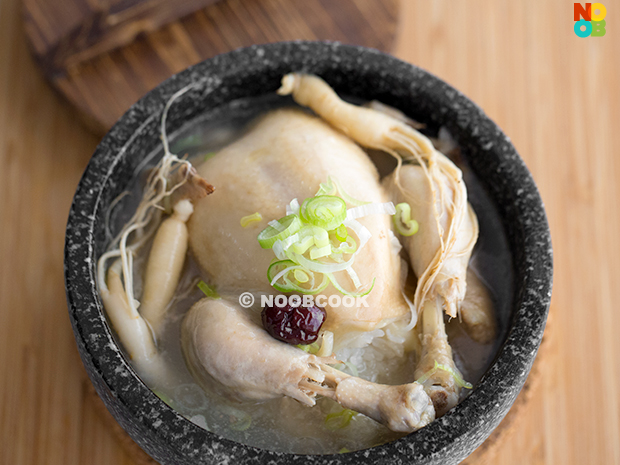 And here’s my delicious Korean ginseng chicken soup. Click here for the recipe!