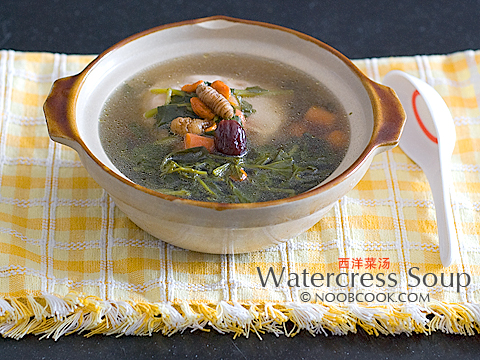 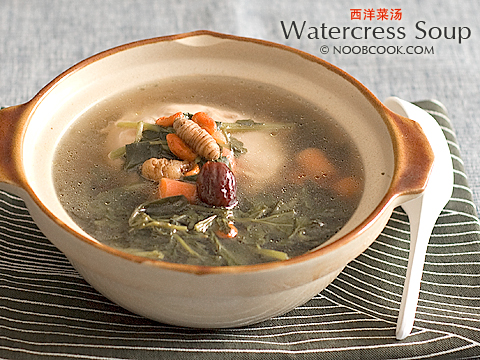 This is a recipe for watercress soup cooked with chicken (versus the usual pork ribs). You can still substitute the chicken with pork ribs if you like, or even use a combination of both. For this recipe, I added some pao shen 泡参 (short american ginseng) which makes this soup extra ‘cooling’ (since pao shen has cooling properties just like watercress) & herbal tasting. This is an easy & nutritious soup which is perfect for the hot & humid weather in Singapore. The benefits of watercress are countless (among them: anti-oxidant, anti-cancer, high in Vitamin C). 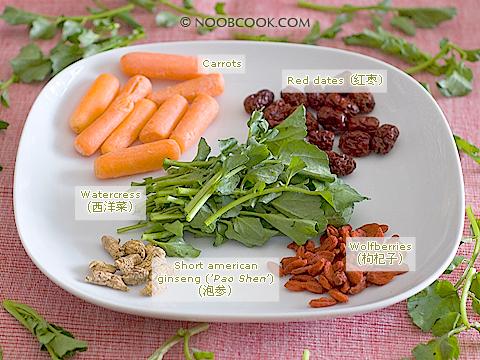 Directions
1. Blanch chicken in boiling water for 5 minutes (so that you are rid of the icky small bits). Set aside.
2. Place water, watercress, carrots, red dates, previously blanched chicken and short american ginseng in pot and bring to a boil. Reduce heat and simmer (with lid partially closed) for about 40 minutes.
3. Five minutes before you are done simmering the soup, add the soaked wolfberries. Season with salt and serve with white rice. 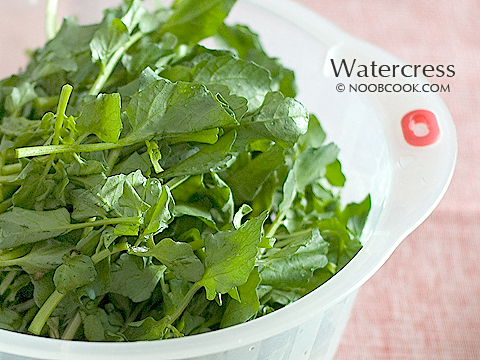 I’m submitting this recipe to weekend herb blogging, which is hosted by Kalyn this week.